The Cost of Becoming the Leader of the Free World 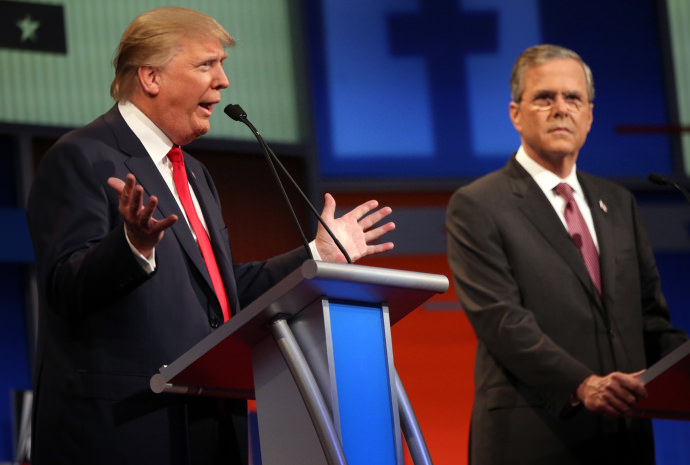 Next year in November, the people across the Atlantic will swarm to the polls in the hope of electing the next President of the United States. And so begins the ungodly succession of primaries, caucuses, issue ads, attack ads, televised debates, polls and eventually the election itself. Hillary Clinton, former First Lady, and Donald Trump, business tycoon and TV personality, are front runners in their respective parties, and both kicked off their campaigns earlier this year.

To voters on the opposite side of the pond, this may seem torturous. An interviewer need only note the rolling of the eyes or the elongated sigh in the High Streets of the UK to gauge the annoyance of the public over the incessant campaigning and political games. The UK has strict campaign financing laws, with caps on donations and funding from individuals and companies. The Labour and Conservative Parties had the largest fortunes of around £33 million, equivalent to around US50 million.

In US politics, 50 million would be considered hilarious pathetic. In the 2012 presidential campaign, which put Republican Mitt Romney up against incumbent Democratic president Barack Obama, both candidates raised in excess of 1 billion. The funds in the banks of Labour and the Conservative party combined, are less than 7% of the funds of just one of the two American candidates’ fortunes. No-one will need telling that Obama won the election, but to what extent did the funds of the candidates lead to more votes in the polling booths and a win in the election?

The worst kept secret in Washington is this: Money wins elections. One need only observe the previous three elections to be able to derive this equation. In 2004, George Bush’s campaign received 269.6m compared to John Kerry’s $234.6m. Shockingly this gap of $35m is miniscule compared to following election which saw Barack Obama take on John McCain. The Obama campaign saw funding reach $745.7m compared to the measly $219.5m raised by the McCain Campaign. The story continued in 2012. Obama raised $1.2 billion, this time just edging out the Romney Republican campaign effort of $1.18 billion. Obama spent approximately $200 million more. So to round off this proof, Money = Power quod erat demonstrandum.

It is entirely possible to be confused by the role that money plays in elections. The main issues in the US are those of taxes, the deficit (and the economy in general), gay marriage, immigration, abortion, gun laws, foreign affairs in terms of US homeland security against terrorism, possible US military intervention in the Middle East, and of course education and healthcare. It is easy to mistake a country’s natural political ideology for how it votes in elections. If the country is mostly right-leaning and conservative then Republicans would win elections, if left-leaning and liberal then Democrat. Unfortunately, elections are not about the two parties’ separate stances on the same issue. Elections are about spotlighting issues that make the party’s stance more favourable.

For example, immigration and homeland security are issues that see Republican polls boost. The Republican party has always been seen as strong when it comes to security and foreign affairs, sometimes dubbed rather regrettably as “Daddy issues”. Making the campaign about these issues will see a Republican victory. However, in terms of education and healthcare or so-called “Mommy issues”, Democrats are seen as much more worthy of votes. Make an election about these, and you will see a Democratic president. Every election sees the two parties sparring it out, trying to get their issues on the news, on the debate podiums, on TV advertisements and ultimately, in the minds of the voters. More money means more advertising. More money means more news-covered events. More money means more public exposure to your popular issues. To be the President of the United States, you need all the dollar you can get.