Technology on the rise in Africa 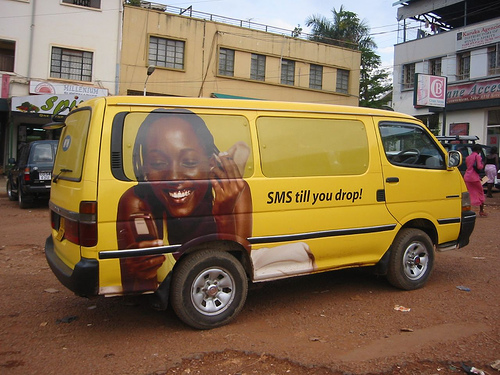 The continent of Africa, to many in the Western world, has long been considered a place of relative isolation, with communication both within the country and with the world outside difficult and, at times, almost impossible.

But Africa, like the rest of the world, is embracing technology at an impressive rate. On Monday 18th October, Telkom, the continent’s largest provider of fixed-line telephone services, launched its first wireless mobile network, 8ta. The network is the continent’s fourth mobile network, and the company is ambitious in its aims – it hopes to have 15% of Africa’s mobile-phone owners on their books in the next few years. The launch of 8ta demonstrates the ever-expanding market for technology in Africa: while growth in the technological sector is slowing in the rest of the world, it is speeding up in Africa and the Middle East, with predictions of an annual growth of 12% in the region, four times the global annual growth predicted. The statistics for internet usage in Africa also demonstrate a similarly swift increase – in ten years, from 2000 to 2010, internet use has grown by 2,357%. In contrast, the same statistic for Asia, home to several rapidly expanding world economies, is 621.8%.

But it is arguably the rise of the mobile phone which is most remarkable. Inevitably, in a troubled continent where people are forced from their homes with appalling regularity, the importance of owning a mobile phone cannot be underestimated. More than simply a means of communicating with friends, a social device, the mobile phone is seen by many as an aid to survival. As a result, Africa’s mobile phone industry is globally the fastest growing industry of its kind. It is claimed that more Africans now have access to a mobile phone than a clean toilet, a demonstration of the speed with which mobile phones are being adopted by the African population, and how essential they have become.

Of course it should be remembered that the use of and access to technology in Africa is by no means uniform. The continent is a large and varied one, and many of the continent’s millions of mobile phone and internet users are from the more developed countries in the North, such as Egypt and Morocco, and South Africa. Many countries remain isolated, with large parts of the population without access to phones, computers, or the internet. However, a closer look at statistics from less developed Africa countries often reveal a surprising boom in technology, and the use of mobile phones in particular – in Zimbabwe, for instance, around fifteen per cent of the country’s 12 million inhabitants own a mobile phone, up nine per cent from just a year ago, an increase caused by falling prices and increased network coverage. In Nigeria, the country’s largest network Zain Nigeria boasts on their website that they allow customers to roam on “340 networks in more than 150 countries and territories”. The internet, too, is spreading fast. For instance, ten per cent of the population of Sudan now use the internet regularly, which translates to over four million people.

So why is Africa embracing technology so quickly, and what benefits are there to be gained from the arrival of millions of technologically literate Africans to the virtual world? Charities are racing to find new uses for this new-found technological capability. One charity has developed a website which could help millions of the continent’s displaced citizens using mobile phones. Refugees United, a non-profit organisation, has launched a service simply called Reunite, which aims to help match up people searching for relatives or loved ones they have lost contact with. A person can submit information in a simple text message, the relative anonymity ensuring they do not have to fear for their own safety, and then be matched up with the person they are searching for or who is searching for them.

In 2007, after the violence of the Kenyan elections, a pioneering website called Ushahidi – Swahili for “witness” – was founded which collected, through e-mail and text message, eyewitness accounts of violent events and mapped them, to aid quick response and avoid unnecessary casualties. This technology has now been used in similar events all over the world, including the Haitian earthquake.

But it is arguably politically that the increasing use of mobile phones is being used most cleverly and effectively. For many, access to a mobile phone is a form of liberation, a source of independence which is giving millions of ordinary African people a new-found voice and helping to form unified movements which possess a real political and social power. The way in which mobile phones are used by activists and organisers of protests and rallies has become so effective that some governments are seeking to block certain networks in an effort to halt the success of these increasingly powerful movements. It seems that technology, and specifically the mobile phone is becoming, most excitingly and interestingly of all, a weapon for real and positive change.

The ability to spread information quickly and widely is perhaps the one defining feature of modern technology, and the vital part in plays in most of our lives. Nowhere is this more powerful than in Africa. With the rise of increasingly knowledgeable young generation of Africans comes a new-found expectation, a sense that Africa is emerging from its previous isolation, a feeling that the world is watching. And so with the launch of another national mobile phone network this week, Africans become vitally more connected – not only to each other, but also to the world outside.