The recent crisis in Syria has brought international attention to the plight of those who have the misfortune of being internally displaced. According to the UN Refugee Agency, internally displaced people (IDPs) are among the most vulnerable groups in the world. Though IDPs may have fled their homes for the same reasons as refugees, unlike refugees , they have not escaped to safe havens across international borders. They remain trapped in their own countries, subject to the laws and protection of their respective governments, governments which may have once persecuted them and been the very cause of their flight. The UN Refugee Agency estimates that by the end of 2011 there were 26.4 million internally displaced people across the world.

Sri Lanka: a ravishingly beautiful tropical island, the pearl of the Indian ocean and Lonely Planet’s top travel destination in 2013. There is a darker side to paradise, however. Sri Lanka , among other things, is also a land tainted with the blood of the innocent, a land where people continue to suffer needlessly and senselessly.

Post colonial discriminatory practices, directed at the minority Tamils, by a succession of majority Sinhala governments resulted in a merciless 26 year civil war. It was the bloody events of the 1983 anti-Tamil riots, led by groups of Sinhalese mobs, which led to full scale war. The Tamils that escaped unscathed had, mostly, the goodness of Sinhalese friends and neighbours to thank. After the Tamils’ peaceful attempts to end discrimination were repeatedly thwarted by the government , the youth took action by forming various military groups. The dominant Liberation Tamil Tigers of Tamil Eelam (LTTTE) eliminated any Tamil military competition through forceable means, and waged a hard military campaign against the opposing government forces. They were a guerrilla group demanding for a separate homeland for the Tamils, a demand the government refused to give into. This war between the Sri Lankan armed forces and LTTE ended only in 2009 with the government in victory and the LTTE defeated. 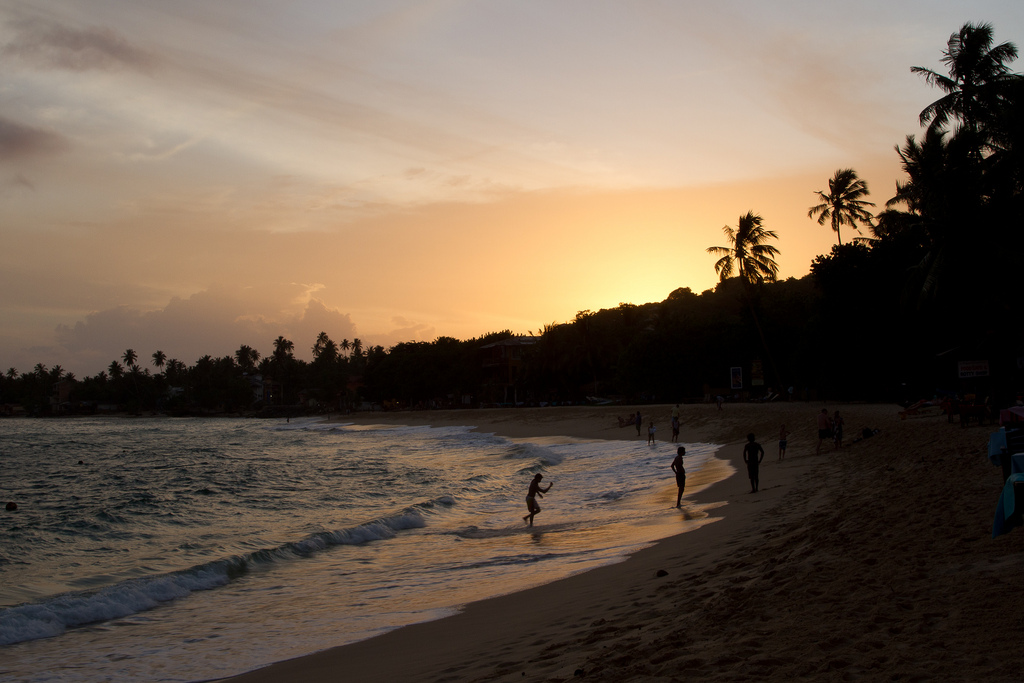 The civilians located in the Tamil majority North and East , involuntary victims of this brutal war, were largely forgotten by the international community. Many are still IDPs and still in the unfortunate position of being , largely , ignored by the world’s media. It is not as simple as that, however. The Sri Lankan government’s adamant refusal to allow humanitarian organizations to conduct assessments on the situation of IDPs makes it increasingly difficult for NGOs to assist those who are in dire need of it. The most innocent of victims: the physically handicapped, women, children, the elderly and those with psychological trauma must continue to live without their usual support networks, continue to have their voices unheard and be neglected by those in power.

The war may have ended but the helpless predicament of the IDPs has not. At the end of 2012 there were more than 115, 000 IDPs still left in Sri Lanka. They have been abandoned, left to forage and languish in overcrowded displacement camps, with host families, in transit sites or forcibly relocated to alien areas. The lucky ones who have managed to return to the shadows of what they once called home, struggle to obtain basic amenities : food, water, sanitation and decent shelter. There are still unresolved land issues further preventing IDPs from returning home. Additionally, the de mining process in livelihood areas is far from complete. In

Vanni, for example, only 25% of IDPs have received shelter and in at least three villages no shelter has been offered to IDPs. This has forced the IDPs into building makeshift shelters from whatever inadequate material they can lay their hands on. There are estimates that , if progress is slow as it is at the moment, the de mining process will go on for another ten years .

The displacement of hundreds of thousands in 2009

Being forced to live in IDP camps has also led to the destruction of Tamil culture and breakdown of societal norms and values . Twenty six miserable years of war, abuse and hardship, leading to the final cumulation of internal displacement have led people to disarray, some to madness. The codes which would normally regulate the moral and sexual behaviour of young Tamils no longer exist in its once rigid forms. Premarital virginity is highly valued among all the ethnic groups of Sri Lanka. A ‘fallen’ woman is marked woman for life and she and her children will be ostracized by the rest of society. It is all very well for us in the West to say that there is nothing wrong with young people indulging in premarital sex, but these young people live within the context of Sri Lanka. This forces them to endure the often harsh consequences of such ‘immoral’ actions and behaviour. Furthermore, it is unlikely that they would be engaging in safe sex in camps where even access to food and water, never mind contraception, is problematic. This, of course, will lead to an obvious rise in sexually transmitted infections.

The efforts and dedication of international organizations such as the UN Refugee Agency to help IDPs is, without a doubt, laudable. However, it is easy for the world to regard IDPs as somebody else’s problem, to allow them to be ‘looked after’ by their own often unreliable and incompetent governments. They do not affect other countries as, unlike refugees, they do not swarm to bordering countries and to the West, seeking asylum and assistance; their presence does not demand to be acknowledged. Thus, it is easy to forget that they really exist at all, easy to let them fester alone and hopeless in the depths of their own misery.