Six months without a government and going strong 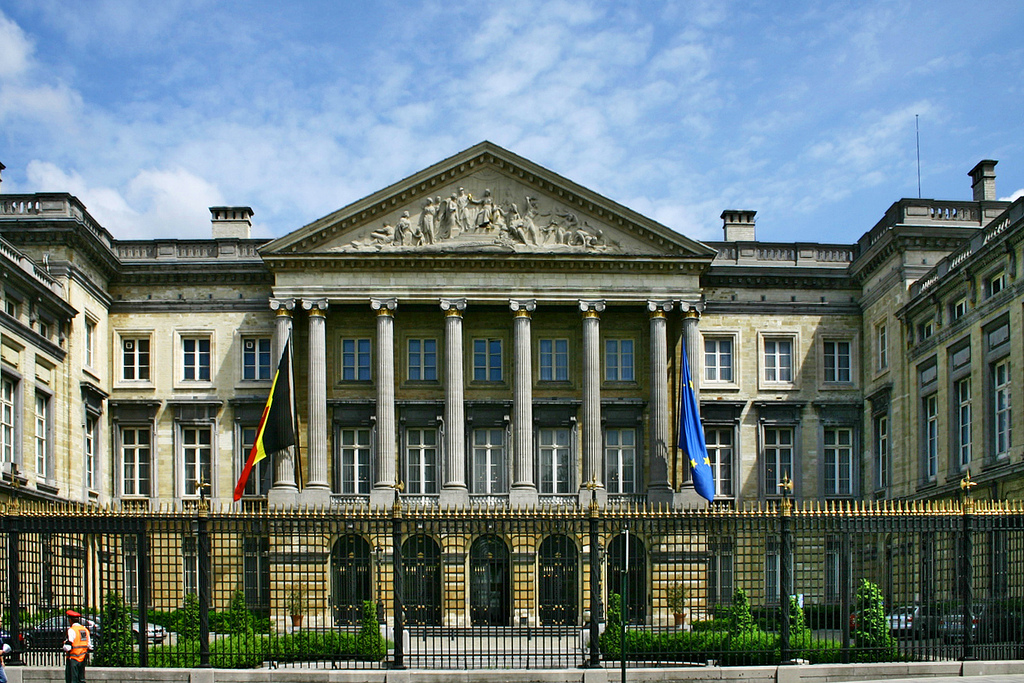 Belgium’s government, when it has one, sits in this building

Brussels: Home of fine waffles since the 18th century, co-capital of the EU since 1993 and without government for the last 250 days. Belgium’s general election last June was so indecisive that they still have been unable to create a suitable coalition government. Last month the Belgians overtook their northern neighbours, the Dutch, to win the European title for tardy government formation. On Friday, they clinched the world record which was last held by Iraq, counting down to this achievement rather proudly with street parties and calls to “help our political heroes through the last hours”.

The fragmented nature of the results is down to a few basic factors. The country is culturally and geographically split into the Dutch-speaking Flemings of the north and the Francophone Walloons of the south and the political landscape reflects this division. Political parties keep strictly to their half of the country, with trans-Belgian partnerships attempting to unite similar parties from the Other Side to garner enough support for a passable coalition government. Yet even with these bilingual agreements in place, no single partnership has gained more than 20% of the vote since 1985. In 2010, the largest party (the New Flemish Alliance) won just over a million votes (17.4%) in the elections for the Chamber of Representatives.

However, the political workings have undergone such regional devolution since 1980 that the absence of a national government has had little effect on daily life. Policy-making in the spheres of education and welfare operates at regional level, leaving only such issues as foreign policy for the national assembly to deal with. As such, the Belgians seem to be taking the lack of governance with a sense of humour. One senator, Marleen Temmerman, has launched a “legs-closed” mission, in which she urges her fellow politicians to abstain from sex until a government has been formed. The joke campaign was apparently inspired by a similar tactic of Kenyan women in 2009 which resulted in the formation of a government within a week. In a different strain, comedian Benoît Poelvoorde has also come up with a way of protesting against the government’s indecision. The star of “Coco before Chanel” is refusing to shave his beard until politicians have reached an adequate agreement, a campaign that has since gone viral among young Belgians.

Yet the issue has arisen not only from the great cultural and linguistic gully that divides the nation of 11 million people; the electoral system has also had a part to play in the lack of clear political winners. Belgium’s Chamber of Representatives (akin to the British Commons) is elected via proportional representation, in which voters may choose not only the party, but also the ranking of candidates within the party. Their upper chamber, the Senate, is also partly proportionally voted and partly appointed from other committees. This system has led to an ongoing fragmentation of party politics. The significance of this is that each party is small and narrow and thus has only minor variation in ideals and aims. This stands in contrast to the broad and often self-conflicting opinions found within British parties that can often lead to in-fighting, lack of direction and party blandness. The obvious drawback of such an ideologically segmented system is that the colours clash later, at the coalition-building stage. The party whom a voter chooses must necessarily pair up with a party whom that voter didn’t choose in order to form a government. The necessary concessions to coalition partners clearly irk some voters, not to mention the politicians themselves. Either way, a single colour from the spectrum will not suffice; a chunk of colours must be instigated sooner or later to carry a parliamentary majority. Belgium’s kaleidoscopic parliament makes it difficult to blend a suitable coalition, especially since a majority government would require at least four different partners.

Coalitions are a natural state for many governments of Europe due to more proportional parliaments than the Westminster system. Of course, they have the great advantage of enabling voters to demonstrate their support for a party that more precisely suits their tastes. Yet, as recent coalitions in Ireland, Germany and of course our own country have shown, many minority partners have to struggle to have their voice heard within a coalition government. In Germany’s 2005 election, the left-wing Greens refused an awkward coalition with the centre-right CDU/CSU, who then paired up with the centre-left SPD. The outcome was a coalition that was only slightly more amicable and resulted in neither party achieving much of what it had hoped. The Irish Greens in their last government, unlike in Germany, did choose to participate in a klutzy alliance with the centre-right Fianna Fáil and Progressive Democrats, which collapsed in January in the wake of Brian Cowen’s resignation as Fianna’s Party Leader.

Such parliamentary crises in other European states are worth taking into consideration as we embroil ourselves in the debate whether to adopt the Alternative Vote, an electoral system that may assist smaller parties to win seats and could therefore lead to more coalition governments in the future. On the other hand, the AV system is still a long distance from the more proportional systems in German, Ireland and Belgium; though the Lib Dems are likely to gain from the proposals, fringe parties would probably only see small gains. British coalitions would likely remain bipartisan and the decision process more clear-cut than in our European neighbours’ administrations.