One step forward, two steps back?

Only months after the peaceful elections in September, Somalia is back under the spotlight as a woman who claims to have been gang-raped by Somali soldiers finds herself being prosecuted for false accusations.

In September 2012, observers heralded peaceful presidential elections, the first since military dictator Mohamed Siad Barre was overthrown by warlords in 1991, as the dawn of a new era for Somalia. President Hassan Sheikh Mohamud and his new government vowed to rebuild Somalia after more than 20 years of conflict, civil war, anarchy and Islamist insurgencies. 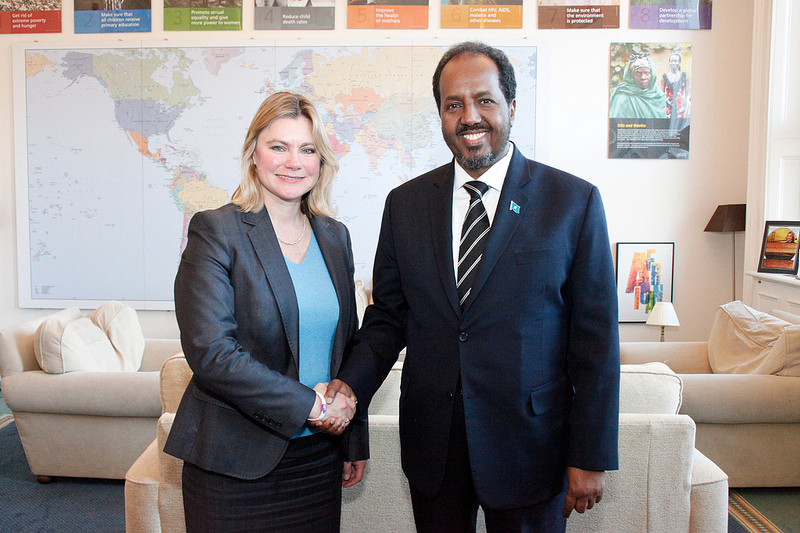 The election process was backed by the UN, with United Nations Secretary General, Ban Ki-moon, praising the constitutional changes, which included a bill of rights, declaring everyone to be equal, regardless of clan or religion, and the outlawing of female genital mutilation, and as a “historic achievement”. Critics claimed that the constitution’s approval by the National Constituent Assembly (NCA) was more a symbolic moment than a revolutionary one, but nevertheless opened the door for some of the most important parts of the political transition to take place.

Despite this general tone of optimism, a woman who said she was gang-raped by Somali soldiers went on trial on Saturday in a case that has sparked international concerns over sexual violence and press freedom in the country.

The woman, her husband (both of whom are so far unnamed) and journalist Abdiaziz Abdinur face charges which include insulting a government body, making false accusations, and seeking to profit from the allegations.

The woman was arrested on 10th January and was subject to two days of interrogation without a lawyer present. She was then released, with the police saying she had admitted to fabricating the story. Hours later though, the local media reported the woman had said that the police had pressured her into retracting her allegations. Due to her retraction, she could now face between three and six years in prison for insulting a government body and making a false accusation, and her husband has been arrested for corroborating the claim that she was raped.

Journalist Abdinur was arrested the same day but remains in custody. He works as a freelance reporter, and was working for Ergo radio when he interviewed the woman about her alleged rape at the hands of Somali soldiers. However, his report was never broadcast.

The trial which, began on Saturday but was immediately adjourned until Tuesday, comes at an awkward time for new President Hassan Sheikh Mohamud, who is touring Europe and courting international donors to help rebuild Somalia.

The trial has brought criticism from the United States, which only last month officially recognised the Somali government in Mogadishu for the first time in 20 years. Whilst on a visit there earlier this month President Hassan Sheikh Mohamud responded to questions about the case by saying it was a legal matter in which he could not interfere.

The trial has also brought condemnation from all sides. U.S.-based Human Rights Watch and Amnesty International have both called for the charges to be dropped. The United Nations Political Office for Somalia (UNPOS) also issued a statement on Friday saying it was concerned about the way the case was handled leading up to the trial. U.S.-based Human Rights Watch said the charges “made a mockery of the new Somali government’s priorities.”

Many organisations have suggested that the trial forms part of a much larger problem, and points towards problems with sexual violence and freedom of the press in Somalia. The U.N. allegedly has evidence that 1700 Somali women had been raped in camps in the Mogadishu area between January and November last year, with the majority of perpetrators reportedly wearing uniforms.

Human rights groups and the U.N. have also expressed concerns over treatment of victims of rape and over press freedom. “The world is watching, and this is a litmus test of the future Somalia,” U.S. State Department spokeswoman Victoria Nuland told reporters, voicing “deep concerns” about protection of sexual violence victims in Somalia.

Mohamed Ibrahim, secretary general of the National Union of Somali Journalists, said “We fear that the media freedom is being threatened and journalists in the future will not have the courage to cover these types of stories”, while Daniel Bekele, Africa director for Human Rights Watch, said that “The police investigation in this case was a politically motivated attempt to blame and silence those who report on the pervasive problem of sexual violence by Somali security forces”, going on to highlight that “Bringing charges against a woman who alleges rape makes a mockery of the new Somali government’s priorities”.

Unfortunately, it seems that Somalia still has a long way to go to gain the trust and respect of the international community.