Life, Liberty and the Bhutanese Dream

You may have heard of some hiccoughs we’ve been having here in Europe to do with economy. After years of growth and good times, the bubble popped somewhat spectacularly a few years back and has stubbornly insisted on causing headaches for governments around the globe to this day; governments who are persistent in reaching that Holy Grail of a successful term in office – growth. But the Bhutanese are taking a different attitude.

The government of Bhutan has established a new way of evaluating its country. Unlike other countries that rely on economic indicators like Gross Domestic Product to see how they’re doing, the small highland kingdom, sandwiched between the mighty China and India, has adopted a system of Gross National Happiness.

This way of doing things, more in tune with the Buddhist philosophy and rather utopian in vision, seems to be a refreshing albeit strange break from the doom and gloom of stock markets and share indices that most of the rest of world seems to tear its hair out over. Economists and politicians across the world have begun to rethink what it means to be ‘better off’.

The concept goes like this; the Bhutanese Gross National Happiness Commission goes out and interviews people, asking about numerous factors in their lives (living standard, health, education, ecology, cultural vitality, time use and balance, governance, community and psychological well-being), the results of which are then plotted on an index.

Former King Jigme Singye Wangchuck was the man who first decided to take another look at Bhutan’s older laws, specifically the 1729 code that stresses that ‘laws should promote the happiness of sentient beings’. What until 2008 had been more of a working philosophy has now become a fully-fledged government programme and has made the country famous across the world. 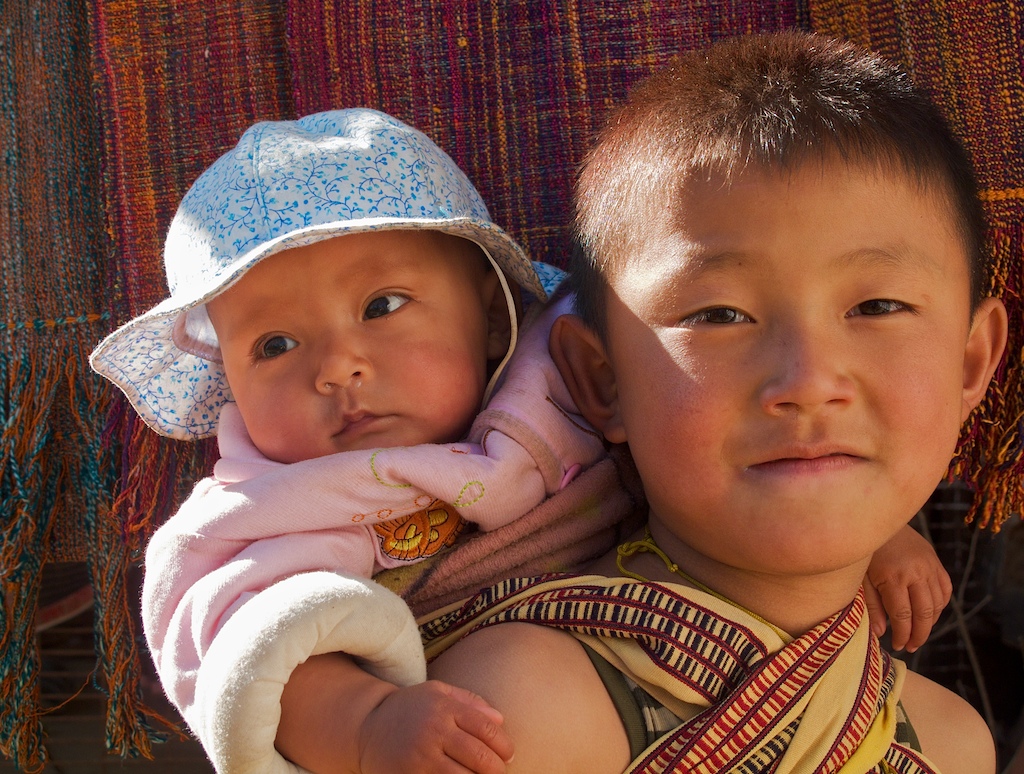 But it is not the only method of ranking countries to take more than just cash into account. Bhutan has also done better than other Asian countries on the Happy Planet Index, carried out by the New Economics Foundation (NEF). It is the only Asian country to do well in two of the three main areas, and the only not to do poorly in any. In this study, the three criteria are life satisfaction, life expectancy and footprint – in other words, happiness, health and ecology. Needless to say, most western countries manage well on the first two but get a slap on the wrist for their eco-credentials. In Africa, the situation is usually the opposite, while in parts of Eastern Europe countries struggle in all three categories.

In the NEF study, there is a predictable trend between those countries with higher GDP, more life satisfaction and greater environmental impact. Taking out GDP, we see a startling change – those countries that manage to be both happy and low-impact are all in Central America and the Caribbean plus the African island nation of São Tomé and Principe and, of course, Bhutan. The survey has shown that “it is possible to produce high levels of well-being without excessive consumption.”

Apparently Bhutan’s only other claim to fame to ridiculously high visa fees (200USD per day) and cap of 6000 tourists a year. The reasoning behind it of course is that an influx of tourists would be great for the material wealth of the nation, but would have a detrimental effect on their breathtaking landscapes and unventured mountain climes. The pollution caused by long-haul flights is another factor behind the Tourism Authority’s decision.

Another important issue, noted in the above NEF study and a core principle of the Bhutanese Gross National Happiness index, was the governance of each country. Clearly life expectancy and life satisfaction plummet in war-torn parts of the globe. The worst rated country from NEF was, unsurprisingly, Zimbabwe. War and political unrest however do not seem to be the Bhutanese’s cup of tea. A few years ago, the King of Bhutan decided that absolute monarchy was not for him and reduced his own position (much to the surprise of his subjects) to a one similar to our own monarch’s, instigating the first democratic elections in 2008.

Other studies however have tended to weight different aspects of our lives with different importance. Studies that tend to weigh positive experiences vs. negative experiences in life feature countries like Nigeria and those in Latin America at the top of the table. When the survey focuses on whether people feel content with their life so far, countries like Switzerland and Denmark take home the trophies.

This raises the complex issue of how happiness is measured and indeed whether it is the same for people of different cultures. But irrespective of their data collection, the Bhutanese government is serious about this issue, bringing in a ban on the sale of tobacco and demanding that anyone found smoking provide a certificate of importation from India. Such moves in the West would seem utterly unthinkable, with our policies of free trade, globalisation and belief that growth is good, whatever the cost. Perhaps it is time for our own leaders to reconsider what it means to be ‘better off’.