‘Kill or be killed’: Politics at the end of a gun barrel

South Africa has had a lot of negative press recently. The Oscar Pistorius trial has not only served to destroy a man, previously an international icon, but has also highlighted the fatal issues surrounding South African gun crime. In addition, the viral video on our news feeds currently of a man being tied to the back of a police van and dragged through the streets, subsequently dying, has only served to add further questions to South Africa’s social and judicial systems. Last August the police shot dead 34 striking miners.

South Africa can act as a microcosm for the difficulties juxtaposing particularly recently developed countries. Gun crime is an enormous problem there, the term kill or be killed seems to be one that is bandied around all too often. When the first reports came out that Pistorius had shot his girlfriend, Reeva Steenkamp, earlier in February, many members of the public were quick to act in his defence. One of the most striking arguments was that in South Africa, if a burglar was in your home, the instinct was first to shoot, or else run the risk of being shot yourself. The unfortunate but natural assumption being that all burglars are armed. 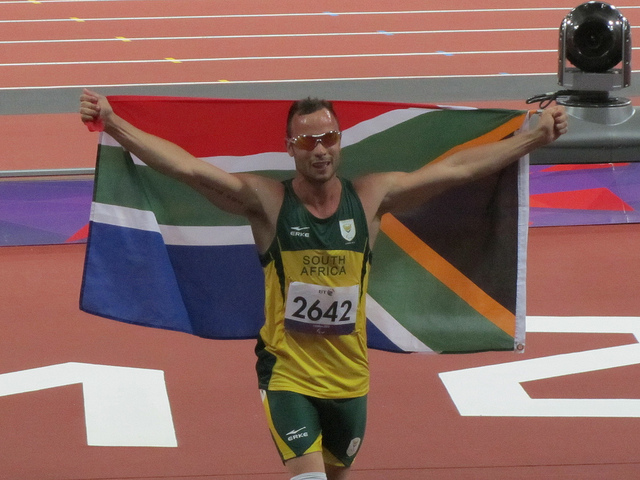 The news frenzy has been consistent for a number of years surrounding South African crime, and extends to issues of rape and an extraordinarily high level of HIV. It represents the interesting juxtaposition between a ‘first world’, i.e. a more economically developed country (MEDC), which is faced with problems that one might expect (perhaps controversially), to belong to a ‘third world’ country: a less economically developed country (LEDC).

However, is this really an accurate assumption to make? The phrase ‘gun crime’ is synonymous with the United States of America. Following the tragic events that unfolded at Sandy Hook, and the levels of gun crime in every day life, it is hard to see the US as anything other than a nation of gunners. Is South Africa any different? Whilst there have been some very public figures involved in gun crime in South Africa, the overall ethos of shoot or be shot is not something particularly unique to their culture. You would only have to go to certain parts of the US, or any other country with legal gun ownership, to find the same ethos.

More importantly, has this truly become an accepted line of defence in the global judicial consciousness? It seems absurd that the notion of shooting before questioning is being defended, when it seems so clear in the minds of many that any such shooting is murder. Can shooting through a bathroom door really be justified? Former South Africa rugby player Rudi Visagie was charged for murder when, in 2004, he shot his daughter whom he mistook to be a car thief.

There are clear problems within the South African judicial system that allows such actions to be considered reasonable in the first place. The by line ‘kill or be killed’ is not something that should be found entering mainstream popular culture anywhere in the world. In South Africa it is even more important, however, as they continue to buck the trend as a strong democratic MEDC on the African continent. Such an image is significantly lessened whilst issues particularly involving the police come to the fore.

Crucially, South Africa is a tourist haven. It is truly one of the most beautiful countries in the world, offering a range of climates, landscapes, animals, to fill every traveller’s heart. Its public image, therefore, is incredibly important in maintaining a steady stream of tourists to bolster the economy.

It is here that it is of great importance to ensure that the criminal enforcers are shown to be a reassuring figure of justice, both within a country and outside of it. The negative press that has not just been reserved to the public but also to this regular police force is enormously detrimental to the South Africa image.

Police brutalities relate back to the treatment of African Americans all the way up the Rodney King affair in the 1990s, and of the brutality of the UK police to protestors broadcast around the globe in a very different, violent and un-heroic way than here in the UK. It seems a trend that occurs all to often across MEDCs, and highlights that there are still necessary developments to be made in the creation of ‘free’ states.

Nonetheless, South Africa is not a country where such violence goes unnoticed, brushed under the carpet for no one to see. There are concerted efforts to stop particularly police abuses of power. President Zuma has actively condemned the police who tied a man to the back of a police van. A commission has been set out to evaluate such police brutalities.

South Africa is still a very young developed country. Historically speaking, it is only very recently that it was fully able to break free of the imperialist yoke and set itself up as a democratic and representative nation. Despite this, there is still an enormous amount of power sectioned into the hands of very few. Gun crime, responses to gun crime, rape, all serve to illustrate the racial and gendered divides that the country still faces.

However, unlike in America, there are efforts to have a tight control on gun regulations. Official figures suggest that around 6% of the population have guns, although naturally there will be a discrepancy between the official figure and the unofficial figure. It is a problem that is both recognised and has ongoing debate about the direction in which regulation should move. Such high profile cases such as that of Pistorius serve only to aid gun regulators in their campaign.

The politics surrounding guns has quickly become the international bane of many MEDCs. It has become the greatest indicator of both the personal freedoms within a country, but also of the country’s ability to have judicial control and exact justice. Perhaps it is not the Pistorius trial, therefore, that the media should pay attention to, but the failures by officials to uphold the ideological beacon of justice.