Italy: taking the lead for a “European Spring”? 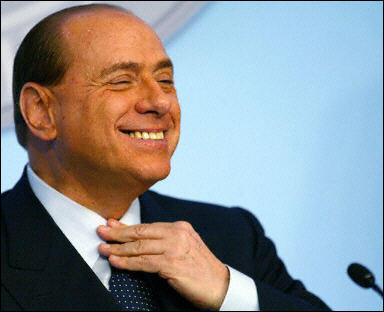 Might the winds of change blow across the Mediterranean?

Many agree on the fact that Italy needs reforms: Berlusconi’s government has lasted for too long and Italians’ hopes have been severely hampered. It is striking to notice that in one of the supposedly richest countries in the world, as well as a G8 member, there is low productivity, high public debt (around 119% of GDP) and extremely concerning rates of unemployment in the South (14%), especially for young people. In fact, when it comes to who the unemployed are, the sad news is that more than one out of every four young people are jobless, the sixth-worst situation in Europe.

In addition, the Italian government was recently incapable of handling the unpredicted arrival of some thousand immigrants from the north African coast, and asked the European Union to help, and also severed its diplomatic relations with France as many immigrants sought to flee towards the Italian border at Ventimiglia. Thus, this picture suggests that, despite a still productive economy relying mostly on family-owned business, the heart of Italian fortunes, the Bel Paese is a weak country unable to deal with new internal and external challenges.

Politics is paralysed into two main axes: Berlusconi’s power vs. the others. Notably, his People of Freedom Party, along with the xenophobic populist Northern League, have no credible rivals in the Left, as the centre-left Democratic Party alone cannot guarantee a strong majority to run the country. However, Berlusconi’s recent defeat in administrative elections, especially in crucial cities such as Naples and Milan, his stronghold, could lead one to think that something is changing, that this can be a turning point.

Nonetheless, Italian people do not trust the Leftists either. When they were in office from 2006 to 2008, under Romano Prodi, the former President of the European Commission, they proved unable to tackle the fundamental issues Italians demanded and ended up by disaggregating after only two years, given the deep fragmentation in that coalition, ranging from the extreme Left to Christian Democrats, among others.

The anomaly of the Italian system, unlike other Western democracies affected by political-economic trouble, is the well-known conflict of interests. Silvio Berlusconi, the richest man in the country and one of the wealthiest tycoons in the world, is the owner of the country’s largest television broadcaster Mediaset, as well as indirectly controlling the state-owned company RAI, which along with Mediaset constitute a de facto duopoly in the television market. Therefore, Berlusconi’s media empire exerts a strong grip on information, having an important role especially in persuading old people who do not get information online. There seems to be no way out from this alarming conflict of interests. No single party, since the start of Berlusconi’s political enterprise in 1994 has been able to address such a crucial concern. Moreover, since the 1992 “Mani pulite” (Clean hands) scandal, people started showing disaffection for politics, not to mention Berlusconi’s trials and prosecutions for bribery and sex with minors.

A poor performance by Berlusconi and a too-accommodating Left led to disappointment and despair among the people, as the government was unsuccessful in driving economic reforms and implemented unwise public spending. New forms of gathering and representation are needed, and the role of social networks and online communication can lead to a new, more participated democracy from below.

One wonders, hopefully, whether the Arab spring around the Mediterranean might bring a wind of change and jasmine that Italy, as well as other troubled countries, needs. Demonstrations in Spain (the so-called indignados) and Greece represent a wish for change demanded by the other side of the Mediterranean, and are matched in Italy by people such as the comedian Beppe Grillo and his “five-star movement”, aiming at renovating politics and fighting corruption. It is doubtless that if people lack engagement in politics, the consequences may be detrimental, thus everyone is supposed to take part in such epochal events taking place in and around the Old Continent. Protests and massive rallies are symptoms of renewed feelings beyond the traditional ideological categorisations and the liberal-left/conservative-right labelling divide. After Tahir Square and the turmoil in all Maghreb and the Middle East, it is time for a European spring, and Italy can take the lead of this awakening.