Is Cameron right to shed light on human rights in Sri Lanka? Absolutely. 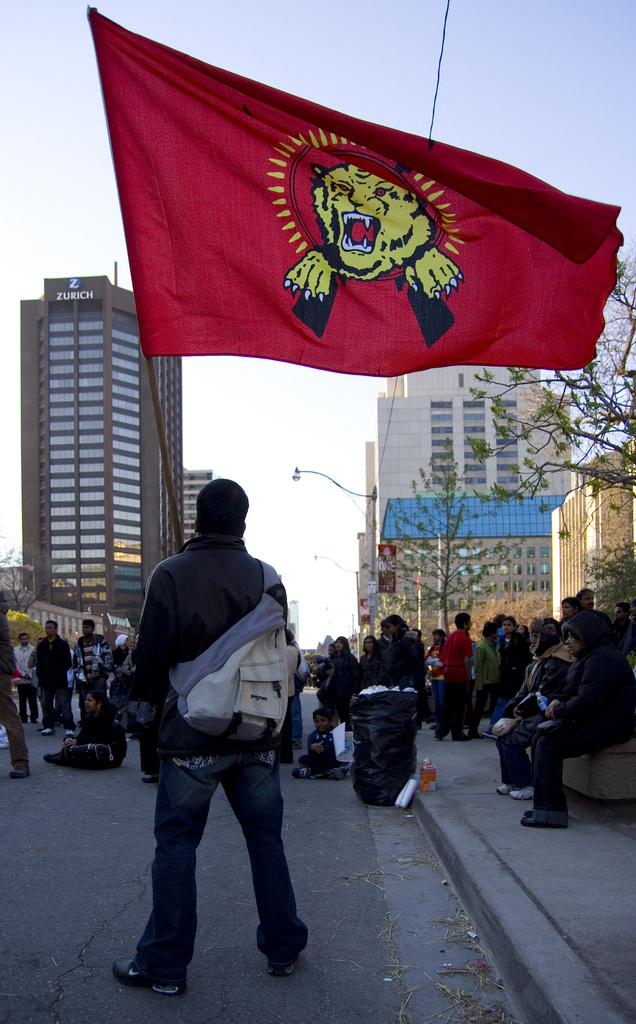 Last Friday, David Cameron became not only the first British, but the first international leader to travel to the Tamil-dominated north of the country since Sri Lankan independence in 1948. He is visiting the country for the Commonwealth Summit, accompanied by UK Foreign Secretary William Hague. However, the prime ministers of Canada, India and Mauritius are boycotting the summit in protest over the allegations. Although this may seem a bold and courageous move on the part of these leaders, Sri Lanka put the decision of Indian PM Manmohan Singh to boycott down to “internal political reasons” in India. The Sri Lankan Foreign Minister GL Pieris told the BBC on Sunday that Mr Singh’s decision was “not a defeat for us…had he come we would have been really happy. This decision is taken because of [India’s] internal political reasons, but it will not affect the success of this programme, we don’t think it is a problem.” Therefore, boycotting is not the answer to wake Sri Lanka up to their atrocious history of war crimes. One reader’s comment on a BBC article on Singh’s absence read, ‘Well done to the Indian PM. Shame Britain has no spine or conviction in the human rights conventions it helped create…’ However, it only takes the impact of Cameron’s visit and his direct protest against the human rights record of Sri Lanka to see that the prime ministers of Canada, Maritius and India are in fact ‘spineless’ in their refusal to attend.

Mr Cameron said the visit, in which he also toured a temporary refugee camp and a newspaper office whose printing presses had been burned – had “drawn attention to the plight” of the Tamil minority in the country. Cameron rightfully pointed out that he has taken journalists with him, and although there is no doubt that journalists have been in Sri Lanka previously, they have been heavily restricted in terms of what they can do. Moreover, Cameron’s visit has evidently had a great impact on Sri Lankan people speaking out; as at one point, the Prime Minister’s convoy was surrounded by more than 200 protesters holding pictures of loved ones who they claim were killed by the Sri Lankan armed forces or have disappeared. If one visit from an international leader since their independence can have this impact, imagine what the prime ministers of Canada, India and Maritius could have instigated, and then brought back in terms of press insight, to their own countries. This is a global issue that needs global awareness, and as William Hague aptly put it on the BBC’s Andrew Marr programme, “Sri Lanka is in the spotlight so let’s make full use of it being in the spotlight”. On Cameron’s visits to the North and his own visits to places to promote reconciliation, Hague also rightfully said, “It will make more impact in Sri Lanka with the prime minister and me doing that than sitting in our offices in London.”

During Cameron’s visit, he met face-to-face with Sri Lanka’s President Rajapaksa, something the presidents of the boycotting countries could not have achieved. Cameron described it as “a frank meeting – of course not everything I said was accepted but I sense that they do want to make progress on these issues and it will help frankly by having international pressure in order to make sure that that happens.” This ‘international pressure’ took the form that in that meeting, Britain’s PM called for Sri Lanka to ensure “credible, transparent and independent investigations into alleged war crimes” and said if this did not happen by March, he would press the UN Human Rights Council to hold an international inquiry. In April 201, the UN stated that both sides committed atrocities against civilians and called for an international investigation into possible war crimes. Sri Lanka said the report was biased. Fast forward to November 2012, the same month that Colombo prepares to host the Commonwealth Summit, another UN report stated that 70,000 civilians were “unaccounted for” at the end of the war. The Sri Lankan government commissioned its own investigation into the war in 2011, but as one would expect, it cleared the military of claims that it deliberately attacked civilians. It said that there had been some violations by troops, although only at an individual level. The government is now carrying out its own investigation, but denies that civilians were killed in the last stages of the war when government troops routed Tamil Tiger rebels in their last stronghold.

Some argue that David Cameron should mind his own business, as he is powerless to change anything. The fact that as I write, Sri Lanka’s government has rejected this call for an international inquiry carried out by the UN, could be interpreted as evidence supporting this claim. Basil Rajapaksa – senior minister of economic development and the brother of President Rajapaksa, told news agency AFP: “Why should we have an internal inquiry? We will object to it… Definitely, we are not going to allow it.” However, it is exactly Sri Lanka’s rejection of an international inquiry, and therefore outright refusal to accept and admit to its dire past of crimes against human rights, that proves how right and crucial David Cameron’s, and other world leaders’, involvement in the situation is. It is only by taking steps such as being the first international leader to travel to the Tamil-dominated north of the country since Sri Lankan independence in 1948, and therefore speaking directly to victims of these atrocities, that light can truly be shed on the situation and pressure can be enforced on Sri Lanka to make a change. David Cameron himself said “I accept it takes time but I think what matters is getting on the right pathway, getting on the right track, because it’s only through generosity, through reconciling people that you can make the most of this country.” There will evidently be set-backs, such as this refusal, and the path to a brighter future for Sri Lanka will undoubtedly be rocky, but David Cameron’s visit is the first step on this right track. What a shame that the prime ministers of Canada, Mauritius and India were not there to take the first step with him.