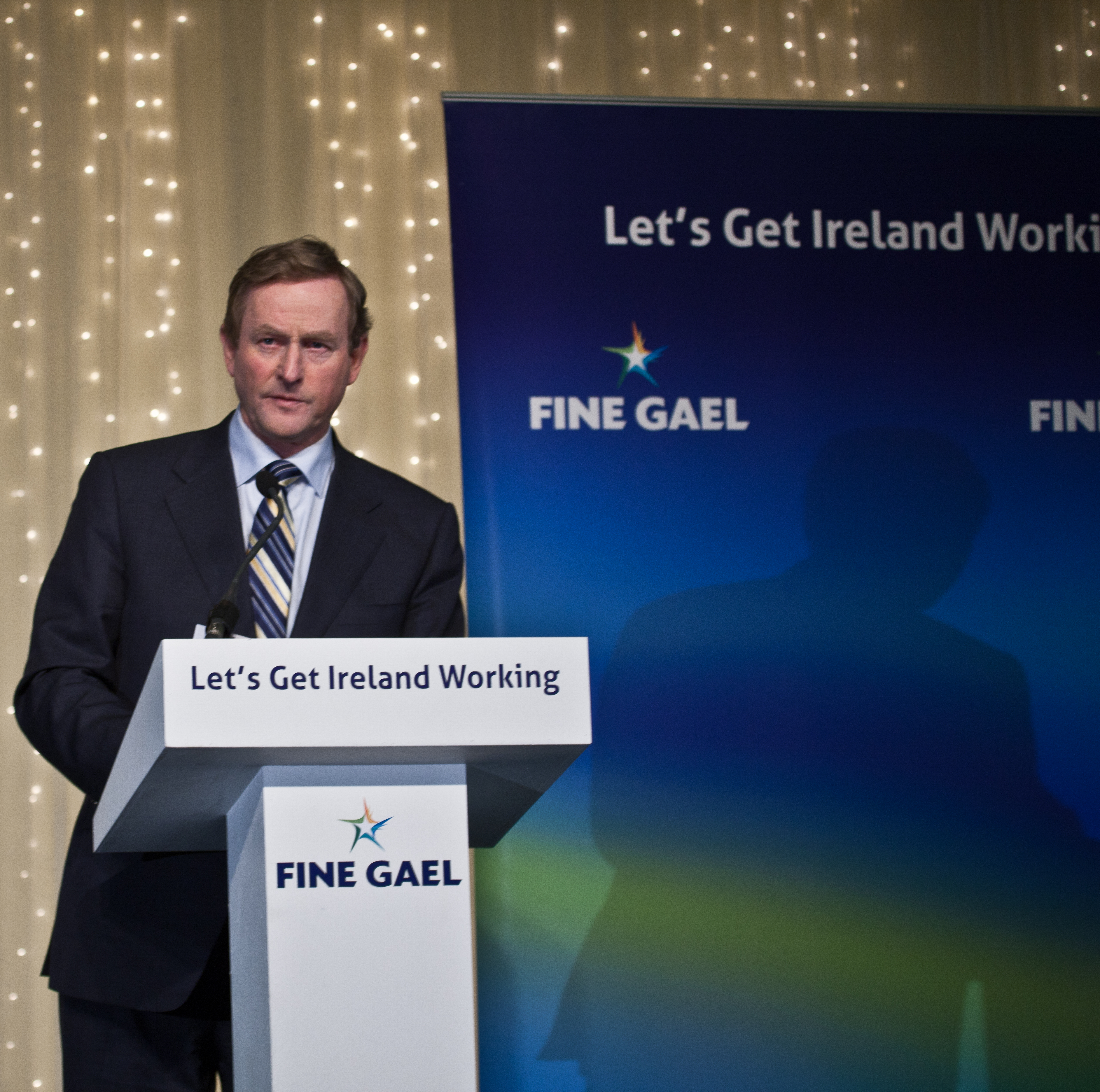 There will be an election in the Republic of Ireland before April 9th of this year. Sinn Fein, standing on an anti-austerity platform, climbed to 26% in the opinion polls at the height of its popularity, while more recent figures suggest a resurgence of support for the Fine Gael-Labour coalition. Combined backing for the governing parties was restored to over 40% for the first time in two years in December, meaning that it would take a significant swing of opinion if Enda Kenny, the Fine Gael taoiseach (Prime Minister), is not to be returned to office. Fianna Fáil – historically the main competitors to Kenny’s party in a traditionally duopolistic system – continued to languish on 17%.

The growth in support for Sinn Fein was largely predicated on growing disenchantment with austerity. Bank bailouts in Ireland have taken an especially heavy economic toll: according to ECB figures, the direct amount spent on propping up the Republic’s banks between 2008 and 2013 amounted to 37.3% of GDP. To put this in perspective, the figure for Greece was 24.8%. Disenchantment with the economic policy of the Fine Gael-Labour government eventually coalesced around the issue of water charges. In line with IMF demands, the Kenny coalition created Irish Water in 2013, and introduced the charges by the end of the following year. Up to 100,000 people marched through the streets of Dublin in August 2015 in protest against this policy.

Right2Water, the main anti-water charge campaign group, continues its activity. Yet support for the main anti-austerity party has declined significantly. A crucial context has been Sinn Fein’s apparent inability to shake off the shadow of the gunman. There has been considerable press attention paid to this issue, with notable personalities within the party coming under increasing scrutiny for their former involvement with the Provisional IRA. Tommy Eccles, prominent member of Sinn Fein in County Louth, murdered a garda (Irish police officer) in 1984, while the chair of the party in Clare is Harry Duggan, a member of the infamous Balcombe Street Gang that terrorised London during the 1970s, committing multiple murders in the process. An October report – commissioned as a response to two murders in Belfast – found that the structures of the Provos are still existent in Northern Ireland, stirring further controversy. Sinn Fein leader Gerry Adams has also been heavily criticised for claiming that Thomas ‘Slab’ Murphy, allegedly a former IRA commander, had been treated unfairly during his trial for tax fraud. Murphy has been repeatedly accused of involvement in killings and atrocities; the last person to make this accusation in front of a judge, ex-IRA member Eamon Collins, was murdered so brutally that the police had trouble identifying the body.

This taint of terrorism is one reason why the Irish electorate look likely to stick with the governing coalition. If Sinn Fein support holds up it would nonetheless constitute a major break with the Republic’s usual politics. The division between the two traditionally dominant parties, Fine Gael and Fianna Fáil, now seems simply anachronistic: the respective parties are direct descendants of opposing sides in the 1922–23 civil war, fought between those that desired a full republic and those satisfied with a ‘Free State’ form of independence. The Republic was achieved in 1948, and the two parties have always had a political nebulousness about them, shifting around on the left-right spectrum: Kenny’s Fine Gael, for example, was elected in 2011 after strongly criticising the bank bailout, a position it promptly reversed. It is now credible that Sinn Fein’s mix of anti-austerity and republicanism will enable Gerry Adams, in the centenary year of the Easter Rising, to become the leader of Ireland’s opposition. Such a development might not be on quite the same scale of systematic shock evident in Greece and Spain. It would, however, be an unprecedented occurrence in the history of the Republic, and one that would have been utterly unthinkable only twenty years ago.