In Defence of International Women’s Day 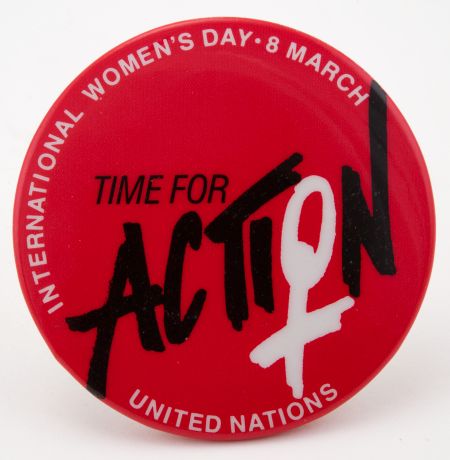 International Women’s Day has come under criticism in The Times

Today is International Women’s Day (IWD), a day which aims to celebrate the social, economic, cultural and political achievements of women. More importantly, IWD urges in favour of the further action needed to accelerate gender parity at a time when progress has slowed in many places around the world. Writing in The Times yesterday (paywall), however, Clare Foges decries the campaign and declares “you can count this sister out”. Foges takes issue “not with the various causes falling under the IWD umbrella but the umbrella itself”, and accuses IWD of “lumping so many issues together”. It is precisely this collaborative movement which allows both widespread and more niche causes to be brought into the spotlight.

Domestic violence, sexual abuse, female genital mutilation, the gender pay gap: these are all problems recognised by Foges as having a devastating impact. Since their effects are felt by women around the world to greatly varying degrees, Foges argues that bracketing together half of the global population is misleading and unhelpful. To prove this point, she observes that an equivalent male campaign would be absurd, asking “would drawing a line between them on the basis of biology seem odd and arbitrary?”. But does IWD draw an odd and arbitrary line? Is gender difference not the exact reason for which this discrimination takes place? What Foges claims is a vague and reductive umbrella – all women – is actually the crucial connection which links all the problems IWD aims to draw attention to. All women suffer prejudice and discrimination, regardless of their background, precisely as a result of the uniting factor of their sex.

In declaring that “real feminism would stop treating the whole of womankind as a special group or victim class”, Foges demonstrates a lack of understanding of the ingrained sexism which pervades all our lives. While the extent and degree inevitably varies, women are still victims of a discriminatory societal system, in a complex way which depends on circumstance and background. An article by Jessica Valenti, in The Guardian, elaborates this point. Her words explain the trouble with Foges’ argument, for she says “we live in a culture that values independence and strength and negates the agency of victims – wrongly conflating victimhood with weakness instead of directing our opprobrium at those who victimize”. Thus, arguing that women “play the victim” wrongly implies that the problem lies within women’s attitudes, rather than the structure of society itself.

It is neither belittling to recognise the oppression which victimizes women nor regressive to refer to women as a group. It is manifestly clear that all women experience inequality on a widely differing basis. Intersectionality is defined by Kimberlé Crenshaw as “the view that women experience oppression in varying configurations and in varying degrees of intensity. Cultural patterns of oppression are not only interrelated, but are bound together and influenced by the intersectional systems of society. Examples of this include race, gender, class, ability, and ethnicity”. This is something which is in no way sidelined or ignored by IWD; understanding and appreciating intersectionality is a vital part of what International Women’s Day is all about.

Foges also condemns what she deems “the painfully patronising ‘celebratory’ aspect of IWD”, exclaiming sarcastically “Wheel out Marie Curie and Malala!”. Recognising the success of incredible women as an impetus for further female achievement is, however, far from patronising. Marie Curie was the first woman to win a Nobel prize and also the first to win two, in Physics and Chemistry respectively. She provides a champion-figure for women in science at a time when they still remain woefully underrepresented in the field. According to WISE, a campaign to promote women in science, technology and engineering, women make up just 14.4% of the UK STEM workforce. Malala, who fought for girls’ education in the face of the Taliban, demonstrates the need for IWD in her own words. Speaking in her Nobel peace prize acceptance speech, of which she is the youngest ever winner, she proclaimed “I am those 66 million girls who are deprived of education – and today I am not raising my voice, it is the voice of those 66 million girls”.

The crux of Foges article is that “IWD is helping to perpetuate the discrimination it rails against”, though the real damage to feminism comes from those who try to tear it down or seek to divide it, when what is really required is the kind of unity that IWD encourages. As is so often the case, this is not a debate about our social destination, but instead how we get there. Foges protests not to disagree with the individual women’s issues themselves yet, in writing for a major national newspaper, she wastes her platform to call for change.

Malala articulates the point which Foges so painfully misses. Those who have the opportunity to speak out ought to do so, for the sake of the millions of women around the world without access to the resources to fight for change. International Women’s Day thus offers the chance for initiative on a global scale, one that is recognised and heard around the world. Activism – action taken to achieve social change – requires precisely that. The louder and wider we campaign for equality, the greater the strength of that message.