Has “multikulti” collapsed in Germany? 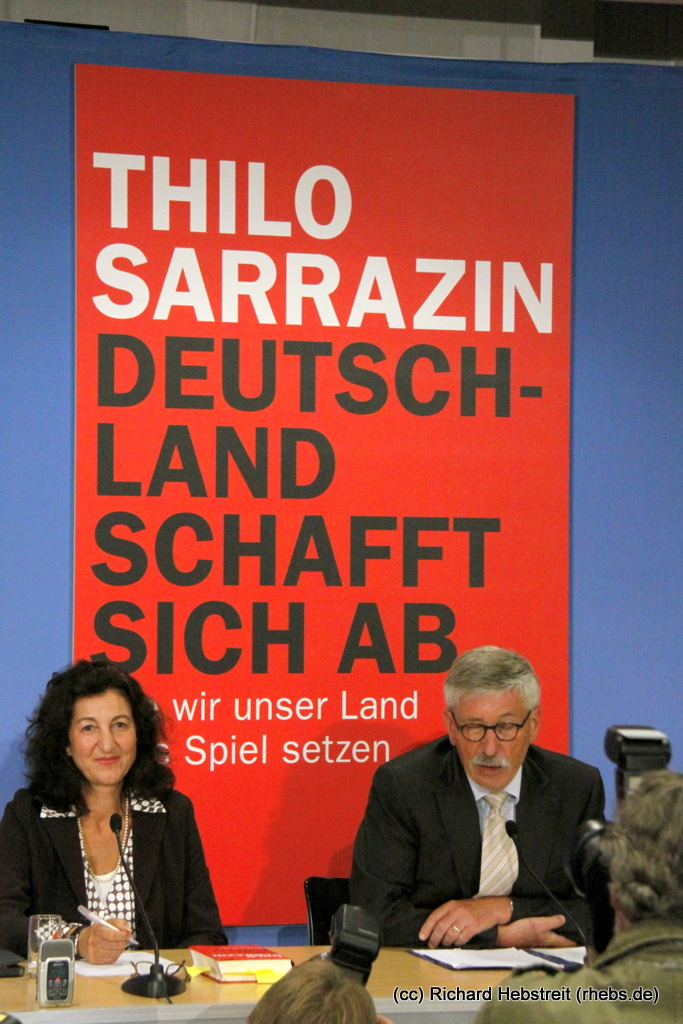 Thilo Sarrazin and his book “Germany abolishes itself”, which controversially re-ignited the German debate on immigration and German identity

Several weeks ago the German Chancellor and leader of the Christian Democratic Union (CDU) Angela Merkel declared that “multikulti” (multiculturalism) has collapsed. This pronouncement follows in the wake of a series of very public comments from other German political figures, lashing out at the “threat” of other cultures. Thilo Sarrazin, politician and former board member of the German Federal Bank, also caused controversy when he stated in his book that he did not acknowledge anyone who “constantly produced new little headscarf-girls”.

Such statements from mainstream politicians are not to be taken lightly, particularly in Germany. For obvious historical reasons, the country is normally extremely cautious of expressing sentiments that could seem xenophobic or particularly nationalistic. What is equally telling is that these comments have struck a chord with many Germans, particularly in the southern, more conservative state of Bavaria. Indeed, Thilo Sarrazin’s book sold out within a week; tapping into this mine of public frustration, albeit a risky move, will handsomely reward figures whose ideals generally embrace multiculturalism and globalisation.

Yet these sentiments are specifically targeted. The shame and guilt for the acts committed during the Second World War against certain groups – Jewish people among many others – still lurk in the minds of most Germans. Indeed, in the last few decades, the Jewish population has continued to be supported by the German government, including, for instance, the re-establishment of dozens of synagogues. The general attitude towards Jews is now reconciliatory and respectful, if not necessarily gushing.

Instead, the German media has since turned to another form of “them-and-us”, focusing mainly on Turkish immigrants. Turks and people of Turkish ancestry form a sizeable chunk of the German populace (an estimated 4–5%), with the usual concentrations in urban areas. The risk of problems, not least the feeling of “invasion” on the part of the Caucasian populace is therefore even greater than in the UK, where the largest ethnic group, those with South Asian roots, is only 3.7%.

It is the German government that began the flow of Turkish immigration in an initiative to help fill the gaps of the booming economy under the Gastarbeiter (guest-worker) arrangement from 1955 to 1973. Merkel expressed dismay when she stated that “…we kidded ourselves that [the guest-workers] wouldn’t stay”. Though not explicitly pointing to the Turks, since similar arrangements were made with Greece, Italy and Portugal, Merkel’s comments surely do not refer to these European migrants who together make up about 1% of the population.

The differences of course between such cultural and ethnic groups are wide, and much of this has to do with religion. In her speech two weeks ago, Merkel asserted, “we feel bound to the Christian image of man; that is what sums us up”, going on to declare that those who did not accept this situation had no place in Germany. It is certainly true that Germany is a much more Christian country that the UK, with church attendance a good 10% higher and a state-administered (though optional) church tax in place, through which €8.5 billion is levied annually. In line with a growing anxiety over much of Europe, Germany seems to be struggling to decide which path to take in relation to Islam.

But the few traces of anti-Islamic politics seem to come from the country’s largest political party. The increasing anxiousness within the CDU since their streak of electoral successes has been demonstrated in the western city of Cologne, where only CDU city councillors voted against the building of what is to be the country’s largest mosque. Indeed, the Bavarian Prime Minister and leader of CDU’s sister-party, the CSU, has also called for an end to immigration in order to stop the country becoming the “benefits office for the whole world”. These comments come despite the number of immigrants dropping dramatically since the peak influx of 1991, so much so that for the past two years there have been more people leaving the country than entering. The number of Turkish immigrants is now less than half of what it was fifteen years ago.

But politicians don’t go so far as to grapple with statistics in trying to win their case. This is hardly surprising, since the statistics kept by the German government are actually rather muddy. Instead of registering the ethnic or social identities of migrants, the state keeps records of migrants’ country of origin. This means that a considerable proportion of people labelled “Turks” are ethnically and culturally Kurdish (some estimates go as high as one quarter), whereas many migrants from the former Ottoman states, such as Bulgaria, Romania and the former Yugoslavia, are not considered Turkish although they would most readily identify as being such. Another hiccough in the mathematics arises in the survey of foreign residents; since 2000, it has been an automatic right for nearly everyone born in Germany to have German citizenship (provided at least one parent has residency), whereas before, children of immigrants generally inherited immigrant status.

Despite the doom and gloom of Germany’s current attitude towards immigration, progress is being made in the inclusion of those already there. A language-learning campaign was rolled out across Germany in March, called Raus mit der Sprache. Rein ins Leben (“Out with the language. Into life”). The campaign features German celebrities of migrant backgrounds with their tongues coloured in the black-red-gold of the German flag. Integration Commissioner of the Federal Government Maria Böhmer began the campaign with the message, “language… is more than just communication – it is the bond that unites us”. Turkish President Abdullah Gul has also spoken out to German Turks, saying that it is a duty for citizens to learn the language of the country they live in. Moreover, Germany’s striker Mesut Özil is often heralded as a role-model to Turks in Germany. The third generation Turkish-German is splashed across billboards and magazine covers as the face of integration.

So perhaps Germany can recover from its current attitude of hostility. The German President Christian Wulff recently attempted to mollify Merkel’s claims by stating that “Islam belongs to Germany”. In a trip to Turkey, he was eager to stress the benefits of plurality in German culture. Yet instead of utilising the statistics, albeit scanty, that the government harvests, politicians like Merkel are riding the wave of anti-Islamism that is once more rearing its ugly head in Europe. What with the ban on minarets in Switzerland and on the burqa in Belgium and France, progressive countries are flirting dangerously with the far right. Until Germany can find a compromise for its Christian-European identity or an effective way of naturalising its immigrants, mainstream politicians will continue to call for the borders to be closed and cultural tensions will be stretched to breaking point.