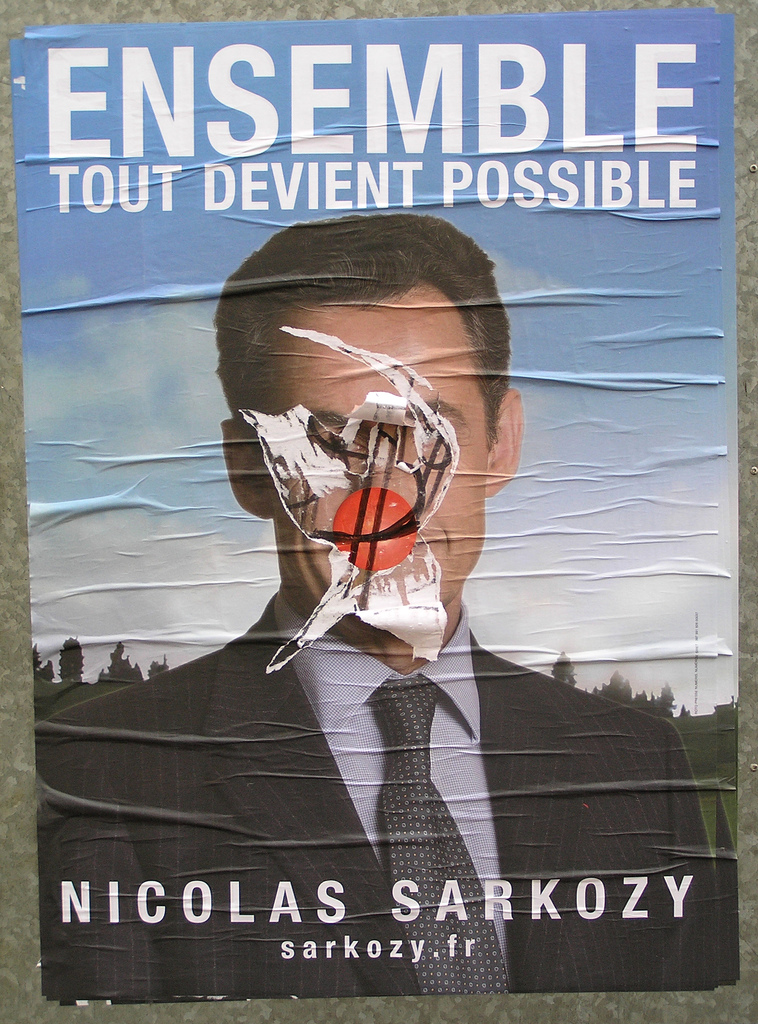 All in this together?

With a mere few months to go before the French public hit the ballot box, there are some who are claiming that the upcoming Presidential election is already a foregone conclusion. The Socialist candidate, François Hollande, has a tangible lead in the polls, with an approval rating that has barely dipped below 30% and a list of reasons as exhaustive as the dusting that he took from a protester this week in Paris, as to why Nicolas Sarkozy should be ousted from office with immediate effect. However, picking through the President’s glittering mishaps has hardly been the most challenging task in recent weeks.

The current Elysée Palace incumbent seems to stumble from one political embarrassment to the next. His tactical convulsion towards the sans-culottes (in the form of his backing of the controversial financial transactions tax) is failing to pry any voters away from the centre-left, and even then, they are opting for another François, Mr Bayrou, who is becoming an increasingly inconvenient centrist roadblock for the President.

Furthermore, Sarkozy’s blind refusal to officially announce his candidature for the election is starting to pinch his own fretting behind. Voters simply aren’t naive enough to buy the sneering presidential veneer anymore and the electoral motives behind this delaying tactic are becoming all too obvious.

Lastly, the recent attempt by the Elysée to shroud Sarkozy’s ‘Bling Bling’ image seems to have catastrophically backfired as it was revealed that he had secretly allowed French taxpayers to fork out £15,000 on a private Falcon 50 jet that was sent to pick up his son, who is a professional DJ, from Italy after he was suffering from a stomach upset.

With all of these unnecessary distractions combining together, along with a presidential record which has little going for it aside from a successful military campaign in Libya, leaves Sarkozy with an almost impossible task of regaining his hard-fought popularity.

His only chance remains to extract voters from Marine Le Pen’s growing voter base. Indeed, Nadine Morano, the President’s unashamedly right-wing pit-bull of a minister for apprenticeships and training, represents Mr Sarkozy’s only real chance of attracting working class voters, who are increasingly drawn to the nationalistic yet straightforward platitudes of the Front National. However, with reports of Elysée bills as high as £10,000 a day on food, it looks unlikely that Sarkozy will be able to woo hoards of working class voters struggling to make ends meet. 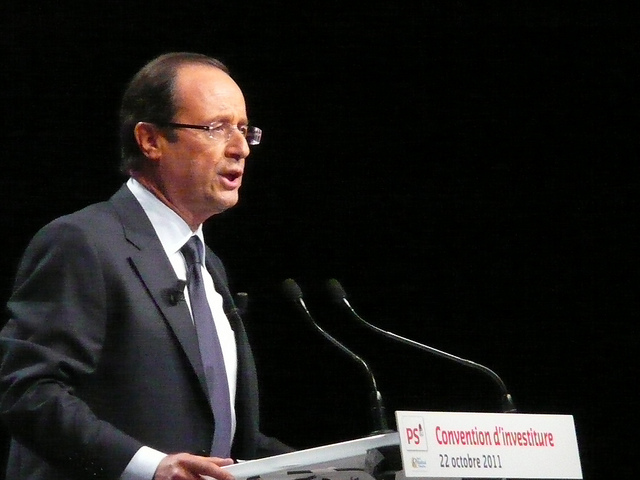 Will Hollande repeat past mistakes?

But whatever happens on the Right, it is the Left that holds all the cards in France. Indeed, with Hollande so far ahead in the polls and with Sarkozy continuously struggling to juggle his schizophrenic capacity as both a candidate and a president, the Left looks set to implant it’s second President since the birth of the Vth Republic under Charles de Gaulle.

However, it is the Left’s increasingly loaded rhetoric that has had some commentators twitching as to the potential repercussions of a Socialist French President. Mr Hollande has openly declared war on ‘the world of finance’ and promised to tax big business and France’s wealthy élite to pay for a €20bn increase in public spending. In truth, Hollande is the last in a long left-leaning generation of French Socialists inspired by the moribund economic models of Jacques Delores and François Mitterrand who remain bewitched by the failure of the latter’s Presidency.

Mitterrand too declared war on finance, hiked taxes and nationalized banks and to his downfall found that capital, jobs, and budget stability slipped through his fingers and he was forced into an abrupt and embarrassing political u-turn. The result was that his party lost all remnants of economic credibility and was banished into the political wilderness. Unfortunately, it looks as if François Hollande is poised to walk into the same snare as his Presidential predecessor. Although his policies may serve him well in the electoral short run, they could do irrepressible damage to his party’s long-term credibility.

France stands on a perilous precipice. Almost 3 million people remain unemployed, the debt-to-GDP ratio stands at 85%, and the public sector continues to leak money untenably. Furthermore, French economic growth continues to stagnate, the over-zealous banking system is dangerously exposed to Greek, Italian and Spanish government debt and there are substantial fears that France could become the next victim in the ongoing Eurozone debt imbroglio.

The depth of the economic malaise in France is both a blessing and a poisoned chalice for Mr Hollande. The crisis has allowed his party to construct a nigh-on unbeatable campaign furor, based on class struggle, a rejection of stinging austerity and the restoration of a national prestige wounded by the recent AAA credit rating downgrade.

However, despite the undoubted electoral success that this campaign crusade against big business and the financial sector may bring, its policies cannot assure the future change that Hollande seeks. As the extent of the disarray of the French public finances becomes apparent, Mr. Hollande will be forced to regress on his expansive promises, to cut back on the abundant services that he once promised would be so plentiful and to force his party to again admit failure in bending socialism to a cold, and competitive 21st century economic reality. As eager as the French socialists are to regain the Elysée, winning the election now represents the easy part, but creating a credible left-wing alternative to France’s huge commitments in Europe and growing market pressure – that remains Hollande’s true grande épreuve.

This article was first published on David Wynne-Griffith’s blog.