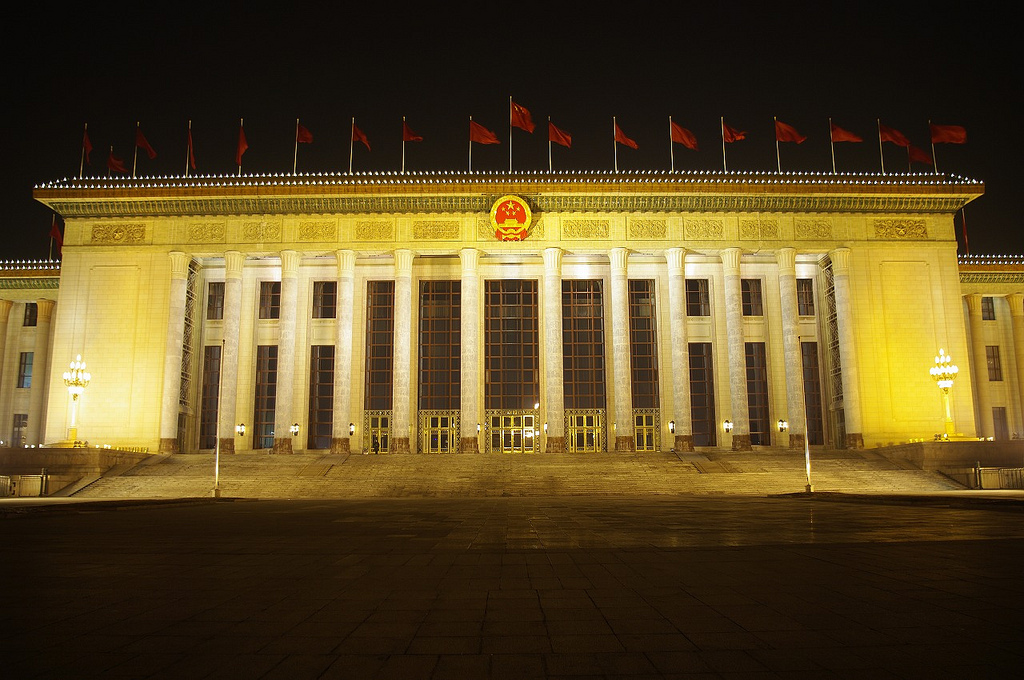 Delegates meet in the Great Hall of the People, Beijing

On Thursday November 8, more than 2,000 delegates met in the Great Hall of the People in Beijing for the 18th National Congress of the Communist Party of China. The week-long congress will ‘elect’ a Central Committee of about 200 members and 170 alternate members. Once formed, the new Central Committee will convene a plenum meeting on November 15 to anoint the new Politburo and its Standing Committee. The transition in leadership occurs every ten years – this time around, it reflects the changing nature of both the country’s leadership and the political stance of its citizens.

The delegates are a diverse bunch, but their views do not stray far from the party line. According to Chinese media, women comprise 23% of the delegates, a slight increase from the last party congress. Ethnic minorities comprise 11%. Among the delegates are provincial governors, generals, academics, and an Olympic swimming medalist. They range from members of the Forbes ‘rich list’ to migrant workers, who have never before been represented at the Congress.

The Congress is purportedly meant to select the country’s new central leadership and to review previous reports. Its true function, according to Chinese political expert Bo Zhuiyue, is to rubber-stamp already-made political decisions. Much of the settlements showcased at the Congress were reached months in advance. Bo told the Guardian that “in theory they’re providing feedback […] it’s more of a celebration. They provide praise for the political reports.” The celebratory mood is marked by red and gold signs in Beijing, reading ‘joyfully celebrating the opening of the party’s 18th congress.’ The real national sentiment, however, reflects frustrations caused by a population rapidly outpacing its own political system in terms of development.

The spectacle of the US presidential election, culminating 24 hours before the beginning of the Congress, has doubtless heightened frustration among Chinese citizens unable to participate in the ‘election’ of new leadership. Compared to the US election, there have been no visible debates, campaigning or media scrutiny. Little is known about the personalities or political agendas of the new leaders. The names of the new leaders, however, are widely known: Xi Jiping, for instance, has been chosen to replace President Hu Jintao.

Many Chinese citizens are apathetic about politics or reluctant to talk about it. Patrick Chovanec, a business professor at Tsinghua University’s School of Economics and Management in Beijing, told Al Jazeera that political decision-making in China is “something that happens to [people] rather than something they are involved with.” Nevertheless, citizens have been voicing their discontent more often in the past couple of years. A growing middle class empowered by social media has eroded the Communist party’s controls over the spread of information, leaving the party fearful of social instability

The question of reform appears with the change in leadership every ten years, but now seems especially pressing. China appears to be at crossroads, with some advocating a return to Mao-era ideas while others argue for reform. Observers have pointed out that the next government might be more open to change. Outgoing Chinese president Hu Jintao opened the Congress with a warning that corruption threatens the ruling Communist party and the state, promising political reform in the next leadership. Only time, however, will reveal Xi Jiping’s political agenda.