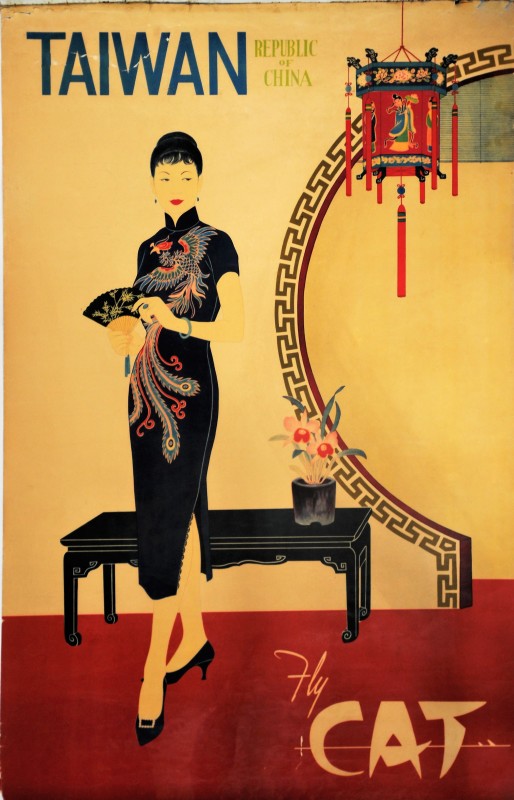 San Diego Air and Space Museum on Flickr with License

The international community is in turmoil as China flies a record number of warplanes into Taiwan’s air defence zone starting on 1st October. The American State Department in particular have qualified the Chinese decision as ‘provocative’ and ‘destabilizing’.

The tension between China and Taiwan dates back to decades ago, when a civil war was fought between Nationalists (Kuomintang) and the Chinese Communist Party. Following the victory of the Communist Party, the Nationalist Government relocated to Taiwan; mainland China has vowed future reclamation of the island since.

The current political positions of Taiwan and China seem irreconcilable. President Xi Jinping has reiterated China’s desire for the ‘peaceful reunification of the country,’ in accordance with the CCP’s One China Principle that Taiwan is a province of China.  Taiwan has a distinctively different political system with its own constitution and democratically elected leaders who have presented resistance towards unification. They have constantly expressed their strong desire for Taiwan to remain independent and to safeguard Taiwan as a sovereign nation.  China’s most recent military actions, however, potentially suggests contrary to this peaceful outlook, echoing Xi’s statement that ‘Nobody should underestimate the staunch determination, firm will and powerful ability of the Chinese people to defend national sovereignty and territorial integrity.’

There is considerable debate with regards to China’s military decision. Some saw it as a mere military bluff to stir up national sentiment, seeing how the sending of aircrafts coincided with the

National Day of the People’s Republic of China. On the other hand, the military harassment from China made conceivable a future conquest of Taiwan – China’s showcase of military confidence. In this incident, it has undoubtedly produced the notion that if China were to attack Taiwan, they would have the full capacity to do so.  Taiwan’s Defence Minister Chiu Kuo-Cheng warns that by 2025, China will be powerful enough to launch a ‘full scale’ invasion.

Just because China might have the capacity to ‘unify’ Taiwan under ‘the Motherland’ doesn’t mean China will arrange an explicit attack on the self-ruled island. Few believe a military conquest will be orchestrated, and that the sending of aircrafts was more of an act of intimidation and less of a genuine threat of invasion. Fears of direct conflict are nonetheless justified: misunderstood signals from China in Taiwan’s air defence zone could escalate into crossfire at points of high tension.

The White House’s press secretary Jen Psaki states that U.S. commitment to Taiwan is ‘rock solid.’ The United States has always paid close attention to cross-strait relations, to a certain extent as part of the ongoing competition between China and America for national ambitions. A Taiwan Invasion Prevention Act was introduced earlier this year, and accordingly, President Biden will be authorised to use military force to defend Taiwan in the event of a direct attack from China. The language the U.S adopts allows her to maintain moral high ground in defence of peace and democracy. It should be noted that Washington maintains a policy of political strategic ambiguity, meaning that while America continues to offer military and political support to Taiwan in accordance to U.S laws, there has been no explicitly declared support for Taiwan in the case of Chinese invasion. In addition, Taiwan’s relative strategic insignificance to America means that a war with China will not serve in Washington’s interests, and hence unlikely.

Furthermore, there is the fear of a nuclear exchange looming over everyone’s head. Daniel L Davis, a senior fellow for defence priorities and a former lieutenant colonel in the US army says that American military action against China would be a foolish move, naming a pyrrhic victory as the most optimistic outcome, self-destructive for America at worst.

While this incident may not spell imminent war or direct confrontation in the foreseeable future, cross strait relations undeniably worsened. As China’s intentions for Taiwan become increasingly unequivocal, fear of a Chinese takeover in Taiwan is fuelled.  It has also put the United States and China at further odds, raising alarms for the disruption of regional, if not, international peace and stability.