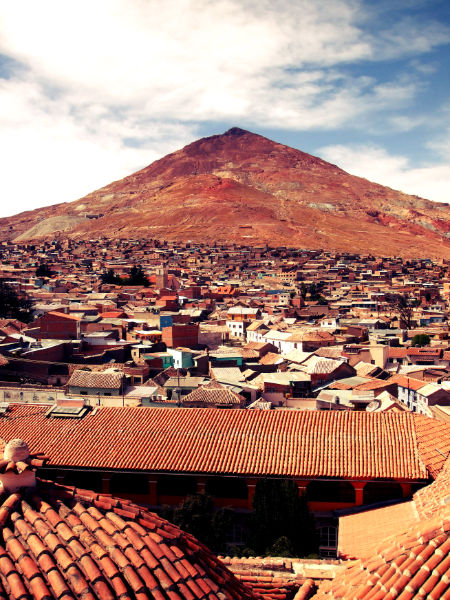 La Cerrico: Nearly 8 million indigenous silver miners are thought to have died in the region during Spain’s colonial rule in Bolivia.

Bolivia is seemingly split into two demographic halves, the first compiled of indigenous populations (made up of the Quechua and Aymara peoples) and the second of the Mestizos and Whites. Efforts began after the 1952 revolution to bring the indigenous further into national affairs and came to a climatic point in 2006 when Evo Morales became the country’s first indigenous president. As the leader of the political party Movimiento al Socialismo (MAS) and of the coca leaf growers’ trade union, the indigenous had much to be optimistic about. In 2009 the UN named him the ‘World Hero of Mother Earth’. Revolution was clearly afoot.

Today though, things seem to have changed. In the news outlet Indian Country Today, a recent article was entitled ‘Indigenous v. Indigenous: Bolivia’s Government Is Pitting One Community Against Another’. In the same article a leading representative stated: “The saddest thing of all is that our indigenous president is against the Indigenous Peoples. We supported Evo in the election. The next election will be very difficult for us. We will have to decide whether or not to support Evo. Now I would say, probably no”.

So what has caused this rift and disillusionment? In recent months Bolivia has been hit by two protests that pulled the government between opposing poles. Three months ago, protests against a Canadian owned silver-mining project began near the city of Potosí. On the 8th of July one protestor died. The government says he accidently blew himself up with dynamite whilst local representatives of the indigenous claim he was shot by police during a protest. The Bolivian government was faced with a problem. According to the Canadian firm it had invested 16 million dollars in the mine and created 1000 jobs, as well as putting money back into the local economy. However, many communities opposed the mining project and in their protest they took five workers of the Canadian company hostage.

Mr. Morales’ decision rested with the indigenous, and the government announced the nationalisation of the mines. This decision came just a month after Mr Morales nationalised another mine, this time owned by mining-giant, Glencore International PLC. Mr Morales justified his action by stating that the mining companies were “pitting brothers against cousins, neighbours”.

Yet, at the same time, tensions arose for the second year in a row. This time, the protests came from the indigenous communities of the Amazonian region of the country. Last month some 1500 people marched almost four-hundred miles into La Paz, to contest the planned motorway due to cut through the middle of the TIPNIS natural reserve. The protestors held a two week in vigil but left on the 11th of July to return to their communities. During this time the government refused to meet with their leaders and on two occasions the police turned on the crowds with tear gas and water cannons. This protest however, became more than just a motorway dispute. According to the Bolivian constitution, indigenous communities have the fundamental right of consulta, a ‘free, prior, and informed consultation’ before works can begin in regions populated by indigenous communities. A consulta was carried out and an agreement signed, but with only 45 out of 63 indigenous authorities of the region.

It was this consulta that seemed to be dividing indigenous groups. Julieta Paredes, an indigenous activist and feminist campaigner, said of the protest: “[it] gave me pain and anguish. How can we march against the consulta? The consulta is an instrument for our people”. However, the leader of the protests, Fernando Vargas, has said that only 20 of the 45 signatories of this specific consulta are authentic, and the other signatories are from other regions. He also points out that the Morales’ government began distributing hand-outs, such as electrical equipment, to the communities in the region just as the consulta began. It therefore appeared to many indigenous communities that the government was using their right of consulta against them.

The fate of the motorway is still unknown. But it is emblematic of Bolivia’s, and much of Latin America’s, Catch-22 situation between progress and indigenous rights. Peruvian officials were also exposed to similar demonstrations which erupted just outside Lime in protest of a newly created mine, while Brazilian communities have been evicted from their land to make space for the upcoming football World Cup in 2014. In Bolivia though, this motorway debate has seen ministers resign from the cabinet, and Mr. Morales’ political base in indigenous societies fragmented beyond repair.

In January of this year another procession, of nearly a thousand protestors, marched into La Paz in support of the motorway. One activist said that it would mean “development for San Ignacio de Moxos…as well as for Bolivia”, whilst a representative of the march told the Argentine newspaper, La Nación, that the motorway would improve the lives of indigenous communities.

The problem now facing the Bolivian government is whether diplomatic progress is a price worth paying. Mr. Morales’ decision to nationalise the mines dealt a blow to its already tilting diplomatic ties with his North American neighbours.

However, if the anti-motorway protestors are correct, and the Morales government has illegitimated the consulta process, then this would be a serious betrayal in the eyes of many local communities.

Currently the nation’s Ombudsman has called for the postponement of the consulta to avoid escalating protests, but it seems very likely that the motorway will go ahead. It also seems likely, that regional giant Brazil, will apply some serious political pressure to ensure that the structure, due to improve transport links to Chilean ports, will go ahead.

Assessing the protests a writer for the Bolivian publication Página Siete said: “Although [the government] may succeed in crushing them [the protestors], these events will be recorded in the collective memory as a despicable episode, a symbol of the deceptiveness, decomposition, and decadence of the Morales regime”. Whether Mr. Morales performs a U-turn and cancels the motorway program (which is unlikely), or whether he is still able to count on the indigenous vote in the presidential elections in 2014 is uncertain. Until this date though, Mr. Morales will continue to face this catch-22 scenario. Will he survive a decision to progress down the road of development at the expense of the indigenous population? The answer is certainly a topic for debate. 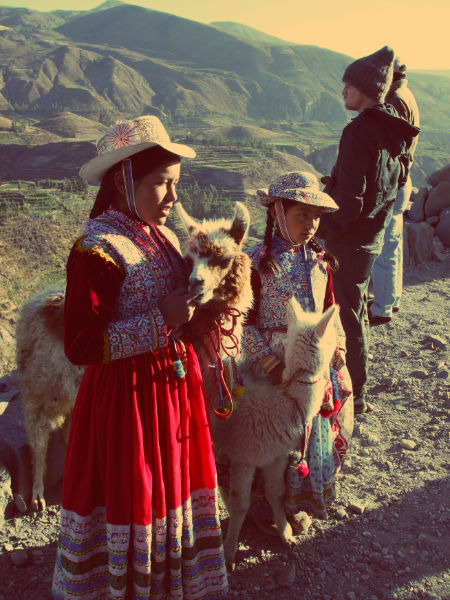 The epitome of indigenous culture: What does the future hold for these young girls?