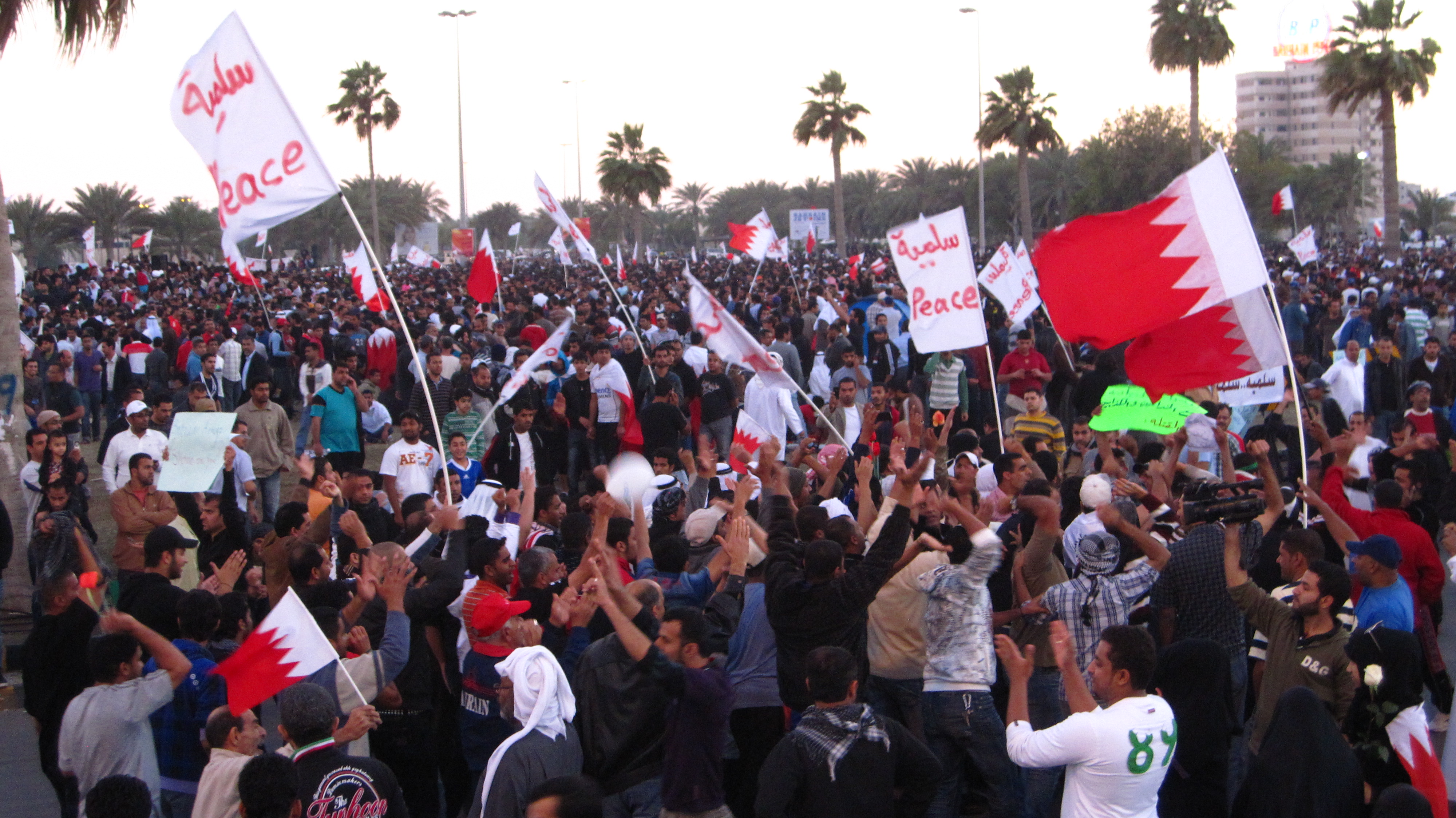 Marc Owen Jones, Durham PhD candidate and editor of the book Bahrain’s Uprising: Resistance and Repression in the Gulf speaks to The Bubble about Bahrain, the Arab Spring, and Syria.

The Bubble (TB): Political developments in Bahrain have not featured heavily in western media since 2011. In Bahrain itself, what has been the lasting significance of the original uprising?

Marc: There are different ways of looking at this. In terms of the goals of the opposition movement, which focused on democratic reform, you could argue that changes made since 2011 have actually consolidated authoritarianism. Certainly, the political structures seem to have gotten more conservative as the ruling family have sought to consolidate their position. Also, Saudi’s fear of Iranian expansionism has prompted their authoritarian reflex, further reducing the likelihood of democratic transition.

On the other hand, uprisings are moments of collective effervescence in which traditional social structures are challenged, whether they be gender or generational hierarchies. New networks have been forged, and perhaps the discourse of human rights has advanced the collective conscience to a place deemed more progressive.

TB: Could you briefly outline for our readers the current situation in Bahrain? Are disturbances ongoing?

Marc: If you go on YouTube and search for Bahrain you’ll see videos of youths clashing with police. If you visited Bahrain you probably would not notice a thing. There are two worlds, and much of the contention is legislated and contained to the villages. Peaceful marches are also a regular occurrence, but these often happen in the villages. Most of the political leaders that provided a certain influence and direction for the movement were locked up in 2011 and given harsh sentences. Disturbances do exist, but they are far less prevalent now.

TB: Why has the political situation in Bahrain been ignored relative to other developments in the Middle East? Is it simply a question of the scale of Syria’s tragedy obscuring other countries in the region?

Marc: There are certainly issues of scale. The human cost in Syria is huge. However, it is perhaps not the only factor. Bahrain’s geopolitical significance outstrips its tiny size. The Bahrain government have also been adept at managing their reputation, paying PR companies to whitewash their abuses, while also capitalising on their friendly relationship with the US and Europe to deflect criticism. Although opposition parties have been successful at lobbying their cause internationally, censorship and the prohibition of journalists covering political stories has limited the amount of available critical thought.

TB: What was the nature of the relationship Britain had with Bahrain prior to 2011, and has that relationship changed significantly since then?

Marc: Bahrain was a British protectorate until 1971, where it acted as the guarantor of Al Khalifa (Bahrain’s royal family) rule. Although the British often disagreed with the Al Khalifa approach to internal policy, there was a mutually beneficial relationship where Al Khalifa supported a British presence in the region. Thus political opposition to the regime was often repressed by the British. Post independence, Britain have offered security support and arms, benefiting financially but eschewing responsibility in terms of governance.

TB: Many people are critical of British foreign policy in regards to countries like Bahrain and Saudi Arabia. Is there any immediate likelihood of a substantial realignment of this policy?

Marc: It is unlikely. Saudi Arabia is the second largest importer of British arms, and Britain have just opened a base in Bahrain. Despite changing relations with Iran, a conservative government is unlikely to abandon existing policy towards Saudi and Bahrain.

TB: Religion is sometimes perceived to be at the root of certain conflicts in the Middle East. What influence has religion exerted on the Bahraini situation over the last few years?

Marc: Sectarianism has been utilised by the government in particular to divide and rule the opposition. They have provoked Shia sensibilities in order to give the idea that those demanding democracy actually are wolves in sheep’s clothing who want to install a theocratic state. This has also served to galvanize a counter-mobilisation of Sunnis who fear Shia expansionism. For the opposition, religious zeal is perhaps less prevalent, though evident in language and discourses of martyrdom and suffering. However, such a situation has arisen from the government’s discrimination of the majority Shia community.

TB: Does the influence of the Shia-Sunni divide complicate the prospects for democracy in Bahrain?

Marc: Yes it does (see above). But also, in most societies with protracted ethnic cleavages, democracy can actually aggravate conflict. The recent sectarianisation of the uprising by the government has reduced the likelihood of a peaceable democratic transition, and affirmed the regime’s self-fulfilling prophecy that they are a bulwark against sectarian and theocratic extremism.

TB: You have previously written (on opendemocracy.net) that ‘resistance and repression’ is the most appropriate lens for viewing Bahrain’s politics. Can this framework be usefully applied to the wider Arab Spring, and subsequent developments?

Marc: I think it can be a useful lens. Conflict theorists would argue much of the world can be explained by patterns of different groups competing for resources. In theory you can see this anywhere, but as a concept, resistance and repression encapsulate a multitude of theoretical approaches that involve power, and contestation of power. Groups demanding change are rebuffed by those protecting the status quo. This process is fundamentally what results in conflict, although governments and opposition movements in the Middle East all have different resources they can fall back on. In Bahrain for example, the regime, the military, Saudi support, all provide formidable tools with which the government can use to repress dissent, or resistance.

TB: Syria is obviously a major focus of debate given the current situation. Is there any likely solution to the conflict that would not involve Assad?

Marc: Given that Russian support for Assad is one of the major factors keeping him in place, it is perhaps only Russia getting bogged down in the conflict that would force their hand and concede to any agreement to get rid of Assad. It will be interesting to see whether Iranian support for Assad will diminish given that it no longer must rely on Russia for sophisticated imports of weapons and technology. If Assad becomes more isolated it may be possible to negotiate his departure. It is hard to foresee a peaceable solution in Syria with Assad still in, yet his existence is very much dependent on international support that’s future is uncertain.

TB: Was the British decision to bomb Syria the correct option at this point in time?

Marc: I can see the logic behind the decision, yet the justifications were spurious. Bombing will do little prevent the ideological impetus behind ISIS. Remember, they came into being because of governance issues, both in Syria and Iraq. Bombing may degrade their military capacity but it will not solve the underlying issues, many of which will be aided by the bombing. In particular, strengthening Assad will preserve the existing state of animosity, and perhaps serve to reinforce ideological extremism in the region. It can also be used as propaganda by homegrown terrorists, who often cite British bombing of Muslims as a justification for going to fight in the region. This will be aggravated by the inevitable collateral damage.