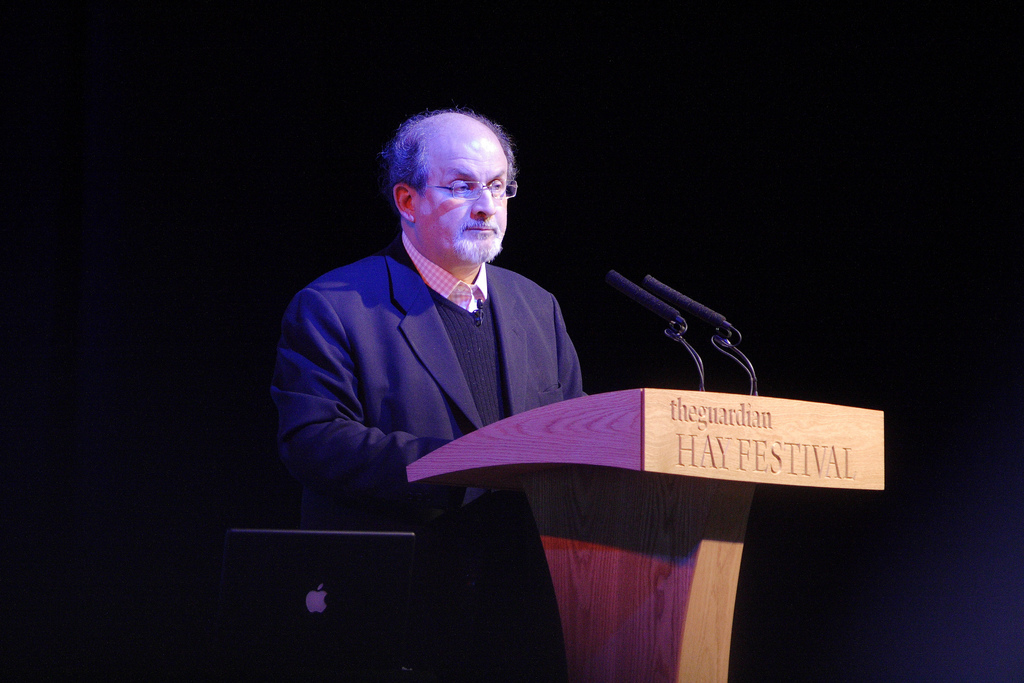 What could have been Kashmir’s very own “Arab Spring” was nipped in the bud under the pretext of security concerns and extremist viewpoints. The idea was to hold Kashmir’s first literary fest showcasing some of the finest writers of the region and to create a platform for the free expression of speech and thought.

The festival was to be held in the last week of September. Since its conception it faced opposition from various militant groups and separatist leaders. Their rallying point was inclusion of controversial names such as Salman Rushdie and Arundhati Roy. Many perceived it as a state sponsored event to bolster the government’s ideology.

The rationale behind this was that the event was seeking to assume a political identity in a highly volatile zone. The argument stands baseless because one can’t dissociate art and literature from politics. Art and literature are inspired by the context, hence the idea that the political and social environment is not suited to host any public event is highly preposterous.

However, one cannot ignore some of the ground realities of the region. Kashmir very much remains at the receiving end of violence; 21 years of military occupation and the presence of draconian laws such as Armed Forces Special Act (AFSPA) and Public Safety Act (PSA), which give the army an unchecked authority, raise valid questions about the state of affairs that has deeply scarred the psyche of Kashmir. The image of an 11-year-old Kashmiri boy who was mistakenly shot by army officials is still very vivid in the minds of people.

Sanjoy Roy, one of the organizers of the festival, with great dismay says “The cancellation of Harud – the autumn literary festival scheduled in Kashmir – has disappointed not just us, the organizers, but the 48 confirmed authors of which 25 were from Kashmir who wanted their stories and voices heard by the world.” He also added that he was surprised that some people who professed to stand for free speech had hijacked the sincere effort to create a transparent and inclusive platform for the arts.

My anger stems from the fact that Kashmir has again been robbed of a space which could have been a potent tool in mitigating these issues. It was also a welcome sign for the state’s once flourishing tourism industry. The tourism industry has seen a steep decline since the insurgency. The unemployment rate is highest amongst the Kashmiri youth who become an easy target of fundamentalists. They are being recruited by terrorist organizations like Laskar-e-Toiba and Hizbul Mujahideen.

In terms of revenue generation, one may go by the statistics of another regional literature festival, held in Jaipur along similar lines, that saw 50000 visitors and 223 writers from across the globe, including the likes of Orhan Pamuk, Vikram Seth, Wole Soyinka and J.M. Coetzee. Such festivals are not only instrumental in promoting art and tourism but also pave way for the creation of alternative sources of livelihood for the local community.

The major political parties in Kashmir have just become silent spectators to the entire episode. Jammu and Kashmir National Conference and Jammu and Kashmir People’s Democratic Party fail to arrive at consensus on any single issue. It was not long ago that both parties squabbled publicly over a custodial death and one of PDP MLAs Iftikar Hussain Ansari threw a pedestal fan on the ground. Such is the nature of serious debates in the state assembly. Any moment of conflict is exploited to create vote banks irrespective of their consequences.

It is also a wake up call for the authorities that feel this anger and unrest can be contained with an “iron fist”. The people of Kashmir have seen enough. They want jobs, schools and other civic amenities. The government should also realize that in this era of web revolution it is very difficult to control any kind of information where one has an easy access to the internet. This type of control could only lead to various rumors and conspiracy theories. In order to avoid these situations it is the government’s responsibility to ensure that those who are involved in the peace process and dialogue are given proper assistance and support. Until then one can only hope for a better tomorrow.