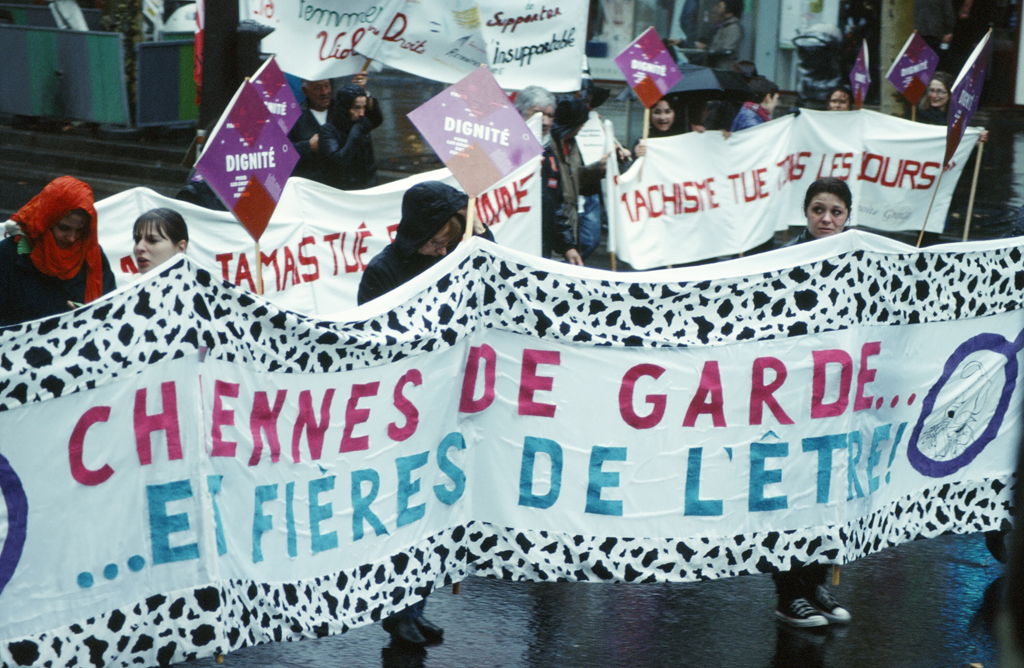 A question for the female readers: Do you find yourself offended if you are addressed as ‘Miss’? Personally, I have never found myself reacting negatively, nor know of any female friends to have taken offence. French women, on the other hand, see the equivalent Gallic term ‘Mademoiselle’ as disrespectful and discriminatory. Accordingly, the country’s feminists have finally won their fight to have the term removed from all official French documentation, replacing it with ‘Madame’.

In France, as in Britain, ‘Mademoiselle’ has traditionally been used to address a young, unmarried woman whilst ‘Madame’ denotes a married woman. Males, meanwhile, are limited to the term ‘Monsieur’, irrespective of their marital status.

In Britain, young females generally accept ‘Miss’ and indeed often see it as complimentary because of the implication that the addressee is youthful. So why do French feminists, who have been campaigning for a national decree on the matter since September last year, find ‘Miss’ offensive? The primary reason is that the word ‘Mademoiselle’ stems from an old word for ‘virgin’, ‘oiselle’, and is therefore deemed sexist and judgmental. Two French women’s groups, ‘Osez le Feminisme’(‘Dare to be feminist’) and ‘Les Chiennes de Garde’ (‘Watchdogs’) have spoken out about how condescending the word ‘Mademoiselle’ is. They argue that it is not flattering for a woman to be judged as ‘available’ and that it is particularly inappropriate in a professional context. Furthermore, they draw attention to the sexual discrimination insinuated from the fact that males avoid judgement or marital implications altogether; the French word for ‘squire’, ‘Damoiseau’, was abolished decades ago, leaving the sole term ‘Monsieur’ for men. The feminists therefore believe that ‘Madame’, which would spare women from being defined by their marital status, should suffice.

With the support of the Solidarity Minister, Roselyne Bachelot, who deemed the term an “intrusion into private life”, ‘Mademoiselle’ is gradually being omitted from official forms. French Prime Minister, François Fillon, has also conceded to abolishing the inclusion of ‘maiden name’ and ‘spouse’s name’ from government documents due to similar accusations of sexism.

However, the campaign has been drawn out over many years; Britanny’s capital, Rennes, (where I am undertaking my British Council post as part of my Year Abroad) abolished the term four years ago. In fact it was only when local feminist groups in the nearby commune of Cesson-Sévigné reignited the debate at the beginning of this year, that the French government was pressured into introducing a decree which addressed the ‘discrimination’ on a national scale.

It may come as a surprise that France is not the first to ban its equivalent for ‘Miss’. Indeed, the Germans banned ‘Fräulein’ as a title for women in 1972. Nonetheless, there is still a long way to go before feminist groups in France are satisfied. ‘Mademoiselle’ still remains prevalent in private sector documentation and is a necessary element on tax and social security forms. Furthermore, although the order to omit ‘Mademoiselle’ was issued to all ministries and regional authorities in late February, it is expected to take several months for the ban to become evident across France as old forms are still circulating until stocks run out.

As for us British, there are no obvious plans to remove ‘Miss’ from official documentation, perhaps because we have the advantage of the additional term ‘Ms’ which allows us to avoid pigeon-holing altogether!