A special relationship: the course of peace never did run smooth 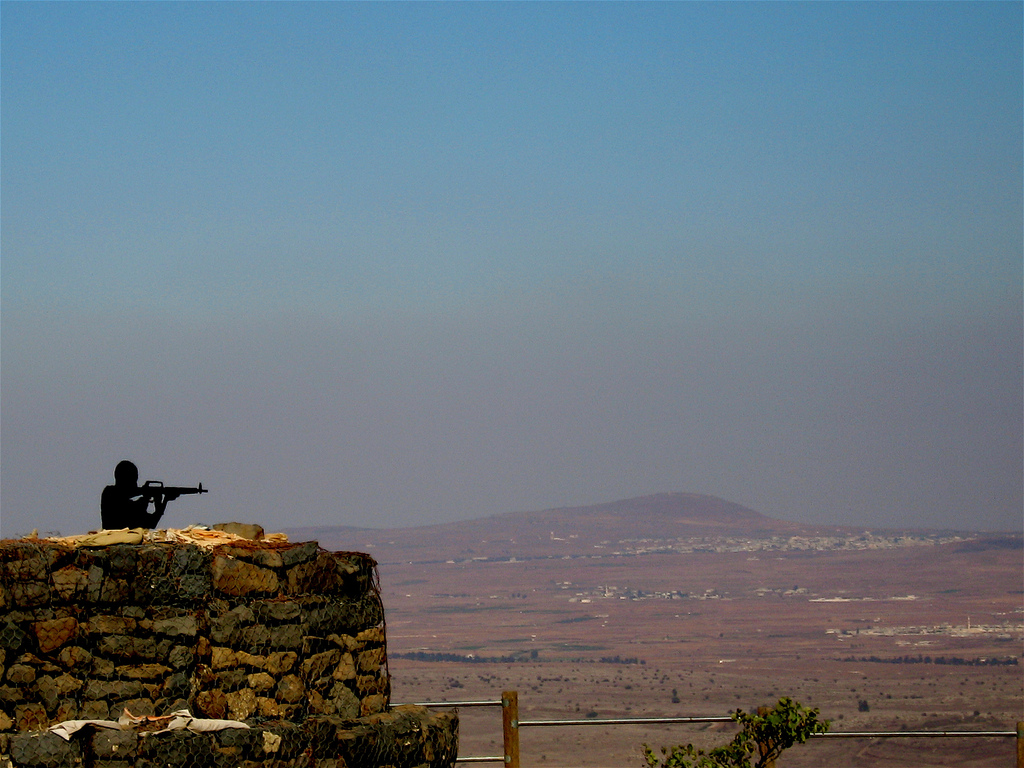 The Golan Heights are still disputed by Israel and Syria

As Palestinian-Israeli peace talks forge ahead, the US administration hopes for the beginnings of an agreement. But, often out of sight of the Western media, two countries are re-opening ties that could make or break a secure peace treaty.

A tiny country of just four million people holds the key to the future of stability in a region plagued by internal disputes and external mistrust. That country is Lebanon, which itself has long-term instabilities and until these are smoothed out, any deal made in Washington will not only be under threat from Hamas and Israeli nationalists, but also Lebanon’s self-proclaimed resistance, Hezbollah, dubbed terrorists by the USA and backed by Syria and Iran. But since the accusations of Syria’s involvement in former Lebanese Prime Minister Rafiq Hariri’s assassination, Syria’s ties with Lebanon have been fraught, and only in December 2009 did diplomatic hands begin to extend across the borders once more. This summer has seen the strengthening of these initial steps leading to September’s shock declaration, in which Sa’ad Hariri, Lebanese Premier, announced he was “wrong” to have blamed his close neighbour for his father’s death. Syria has always denied playing a role in the murder, and that of 22 other people in the same explosion, and accuses the USA of using it to break strategic relations between the former allies.

This controversial change of heart comes after four meetings between the two leaders, beginning last December with Hariri’s visit to Damascus, which was their first diplomatic exchange since the assassination in 2005. Following this, a further two meetings were held in Damascus and President Bashar Al-Assad of Syria made his first visit to Beirut since the accusation, in July of this year.

Syria and Lebanon have a long history of close but troubled relations: for 29 years Syria’s military deployment in Lebanon kept a form of control, and each country needs the other. The Lebanese state needs Syria as an ally to help it control its warring factions and to back it up against Israel in the south, and Syria needs Lebanon because its weak government allows it to be used as a buffer state between Syria and the “Zionist enemy”. The fact that Syria funds Hezbollah’s activities and weaponry supply gives them the upper hand, and is part of its defence strategy against Israel, but Syria is Lebanon’s only Arab neighbour and while siding with an ally of Iran will not put it in high favour with the West, it is going to need local friends in the near future, particularly as the UN Tribunal for the 2005 assassination draws to a close.

A formal accusation is expected from the Tribunal by the end of the year and leaks have pointed to the likelihood of the indictment of members of Hezbollah. This has been seen by some members of the party as a ploy by Syria to clear its own name and so improve its international profile, and by others as an Israeli and American plot to bring down the rebel faction. Syrian Foreign Minister Walid Al-Mu’allem pledged Syria’s cooperation for the trial and in a statement printed in the weekly publication Syria Today said, “If irrefutable evidence demonstrates that a Syrian citizen was implicated, that person will then be judged in Syria for high treason.” However, if Hezbollah is indicted, they could incite civil unrest and cause a conflict similar to the one that brought the country close to another civil war in 2008. Which is why Hariri needs Al-Assad’s support.

But how will this affect any treaty that might come out of Washington after its ambitious peace talks? Syria supports the talks and even played a part, along with Saudi Arabia, in encouraging the Palestinians to participate. But the only way that Syria would accept peace with Israel and sign an international treaty would be the returning of the much-contested land in the Golan Heights, originally Syrian but captured by Israel in the six day war of 1967, hotly fought for once again in the 1973 reprisal, but lost a second time. And with the demands of the Palestinians, Israel is unlikely to agree to anything more generous than the 1967 borders, which would be considered an achievement in itself by many after Israel’s persistent settlement activities. The USA’s Middle East Envoy George Mitchell has met with President Al-Assad and members of Prime Minister Hariri’s office several times recently in a renewed push to achieve comprehensive peace in the area, since an agreement between the Palestinians and Israelis would need to be supported at the very least by Israel’s neighbours Syria, Lebanon, Jordan and Egypt, and require an accord between each of these countries and Israel.

Syria and Lebanon’s newly blossoming diplomatic relations are ultimately vital to any chance of peace in the area: hostility in neighbouring countries will only damage steps made towards mutual trust which is the only real key to healing the deep and politicised enmity between Middle Eastern states. However, in the near future, any relationship between the two countries will lean towards the control of Syria’s stronger and richer government. And the mutual distrust between Syria and Israel, mirroring that of Israel and most Arab states, is certainly not showing immediate signs of easing up.