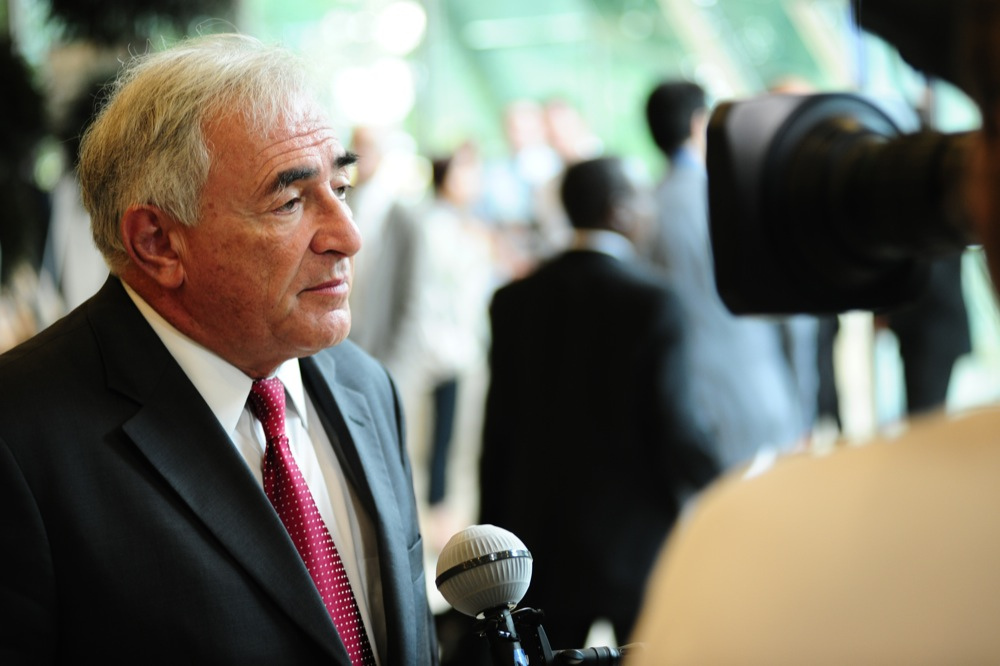 Although the “affaire DSK” may now, finally, officially be over, in France the fall-out from the media handling of the event is still having far-reaching and serious implications. Whilst the rape-case that involved former IMF chief Dominique Strauss-Kahn was itself of only passing interest to the French press and media, what has followed is a severe backlash against Anglophone, and especially American, media over their documenting of the scandal. The French media is more outraged by US representation of the affair than the affair itself.

Needless to say, in the Anglophone press, the affair itself was a media circus which dominated the summer news cycle. The media impact of the case after the arrest was measured by the French media analysis firm Kantar Media, which found that during the first ten days of the scandal, ‘DSK’ appeared on the front page of more than 150,000 newspapers around the world.

At the time of the alleged attack, Strauss-Kahn was the head of the International Monetary Fund (IMF) and considered to be a leading candidate for the 2012 French Presidency. However, once Nafissatou Diallo, an asylum-seeking housekeeper based in New York, made claims of attempted rape against Dominique Strauss-Kahn at the Sofitel New York Hotel on May 14, 2011, even though the charges were dismissed at the request of the prosecution which pointed out serious doubts in Diallo’s credibility and inconclusive physical evidence, DSK’s political career is probably finished forever.

Given that the incident took place in the USA, it is perhaps unsurprising that the stateside media pounced upon the story with ferocity. CBS News noted that a media circus had begun because the case involved “three elements of viewer interest: sex, politics, and money”. The intrigue was only added to by the unfolding of the increasingly elaborate plot, which included, but was by no means limited to, house arrest, DNA samples, investigations into both DSK and Diallo’s pasts, Diallo changing her story about what she did after the event and lying about the content of her asylum claim, and the eventual dismissal of the claims.

In France however, although the affair continued to be prominent in the press as all the different twists and turns were revealed, it was rarely front page news after the initial arrest. Instead, what featured much more prominently was an increasingly damning view of the way the affair was being presented in the American media.

The first point of contention was a poll which was carried out for the US media a few days after DSK’s arrest, (which found some 57% of the French public believed he was the “victim of a smear campaign”), which French newspaper Le Monde described as a violation of the 2000 Guigou law which “requires that no such polls be taken about someone protected by the presumption of innocence“.

The cries of condemnation from the French media were worsened when images of Strauss-Kahn’s perp walk were published in America, as in France it is illegal to publish such photos before the subject is convicted. Former French justice minister Élisabeth Guigou, after whom the aforementioned 2000 law Guigou on the presumption of innocence is named, said she found the televised images of Strauss-Kahn prior to the preliminary bail proceedings “absolutely disgusting” and described the coverage as a pre-trial indictment. Moreover, Jack Lang, a former Minister of Culture and Minister of Education, described the published images of Strauss-Kahn as a lynching. Overall, Hugh Schofield of the British Broadcasting Corporation analysis that the way the American media handled the affair had “reawakened an anti-Americanism that is latent in many French souls” was completely accurate. He went on to ascertain correctly that “such humiliating pictures would never be taken in France”; indeed the French law on the presumption of innocence bans “degrading photographs of prisoners awaiting trial”.

The fall-out between the French and Anglophone media has arguably been so severe because of the vast differences in how they approach their reporting. In France, it is often said that politicians have three entirely separate lives – their political life, their public life, and their private life. This jars significantly with the usual British approach, which nearly always mixes the three. For proof, there are literally hundreds of stories every year about the private misdemeanours of public figures. In recent months, footballers, politicians, singers and actors have all fallen foul of the British press for their private lives and many have been forced to sacrifice their public and professional lives in the process. In short, the attitudes of the French and Anglophone press have always been very different; it has just been thrown into sharp relief by the conviction of a Frenchman on US soil.

As the French media coverage continues, it is not yet clear when this media showdown will end.