What Would Westerners Do Without Valentine’s Day?…

It is not the fact that couples apparently require a prompt each year to make a romantic gesture to their dearest, nor the fact that this gesture is stripped of all its personal meaning and spontaneity because there are millions of other couples who have felt obligated to make the same grand gesture that makes me despise it… although admittedly, those reasons come a close second.

The one consolation I have had about Valentine’s Day is the fact that no self respecting entrepreneur could possibly have thought of yet another ridiculously overpriced and ergonomically redundant piece of merchandise to squeeze into the already sickly sweet, fluffy-pink Valentine’s Day market. I was mostly right, I just hadn’t discovered the Valentine’s Day toilet roll, which, although covered with heart imprints, does actually serve a practical purpose.

But with the UK greeting card industry alone worth £1.47 billion annually according to the GCA Greeting Card Report (just to put it into perspective that is more than the tea and coffee industry put together), the Valentine’s market is a vast one, fertile with its budding young romances willing to pay through the nose to prove themselves a worthy catch.

The general public are, on average, sending 31 greeting cards per year per person at an average cost of £1.41 per card. Last year 86.4 million cards were sent for Valentine’s Day, of them 21.5 million were sent by the British public and we spent £42.3 million on them. It is also estimated that 1 billion roses were sent last year as well. Perhaps someone will recycle all of these cards into £42.3 million worth of heart-imprinted toilet paper for next year…

Amidst the plethora of Valentine’s traditions worldwide, I must admit that South Korea’s was most refreshing. Women give chocolate to men on February 14th, and men give non-chocolate confectionery to women on March 14th. On April 14th, otherwise known as “Black Day”, those who did not receive anything on the 14th of Feb or March go to a Chinese restaurant to eat black noodles to “mourn” their single life. You have to admire their subtlety, or lack thereof.

On a more serious note, some countries are attempting to ban Valentine’s Day because, as a Western festival and indeed a festival named after a Christian martyr no less, it is gaining far too much popularity. In the Islamic republic, it has been reported that some shops have been banned from selling Valentine paraphernalia, and there are bans on the printing and distribution of any goods promoting the day. 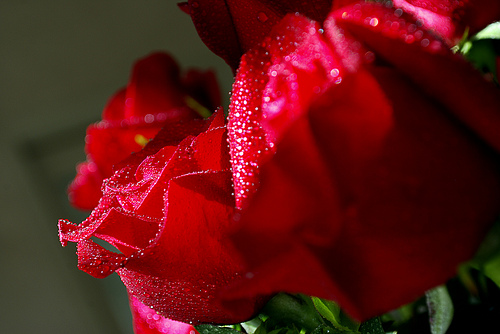 Whilst Valentine’s Day is not technically prohibited, it has been warned that outlets that violate the ban on selling products are answerable to the law. The Valentine’s Day trend has been harshly criticised by conservatives who see no place in Islamic culture for such a celebration. Whilst other Muslim countries such as Saudi Arabia have sought to forbid Valentine’s Day tokens, it is celebrated widely in neighbouring countries like Dubai.

It is believed that there is a growing fear that Western influences are encouraging lustful thoughts in the minds of the Iranian Youth who now make up a large percentage of their country’s population. It is believed that the younger generation born after the Islamic Revolution of 1979 have similar liberal attitudes and follow the same trends in film and fashion etc. as their European counterparts.

Iran’s state-run media announced that any promotion of the day celebrating romantic love between a man and woman (Iran allegedly has no gay people according to President Ahmadinejad) is prohibited, especially since unmarried couples are not supposed to socialise in a romantic way under Islamic law.

Whilst my slightly cynical nature sympathises with the desire to ban any pointlessly materialistic festival, I wonder if banning Valentine’s Day products altogether is perhaps a little harsh, after all, what we would do for toilet-paper? The card shops in Durham would no longer have their red Valentine’s luminosity, the retailers would no longer stock heart shaped chocolates or giant “From Me to You” bears. Without Valentine’s Day, let’s face it, they would simply start selling Easter earlier.