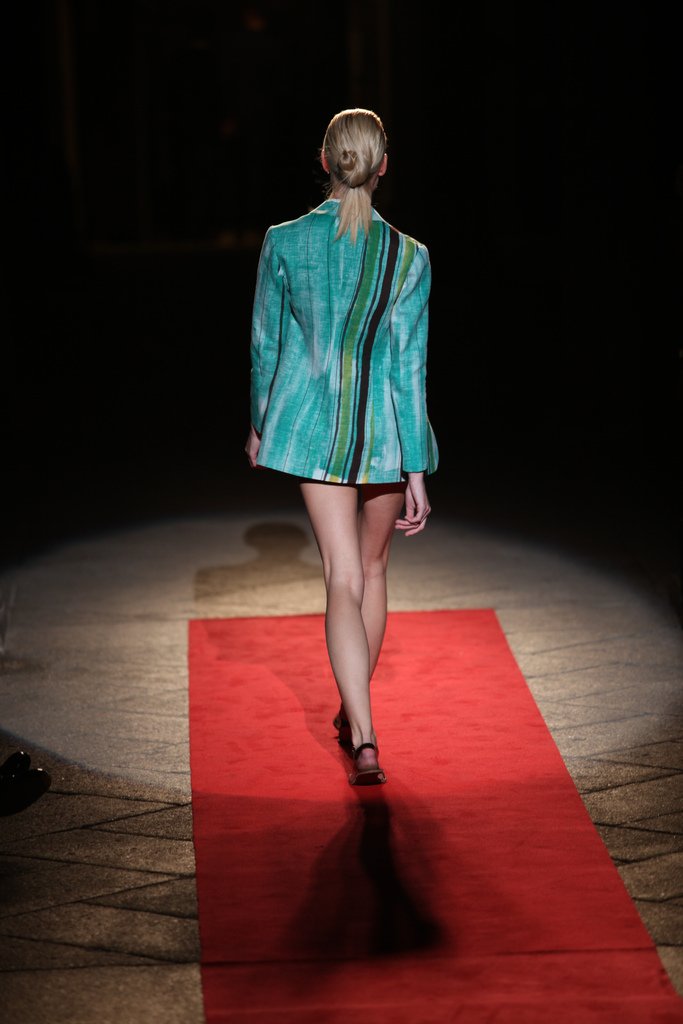 Is it time to turn our back on Fashion Weeks around the world?

Fashion Week draws to a close as New York, London, Paris and Milan dismantle the catwalks, and designers, editors and it-girls hang up their Louboutins and tend to their aching feet. So what really is the point of this glamorous and extravagant event that tours the world over? Is it an absolute must for the fashion world, or are we simply following in the stiletto-worn tracks of tradition?

Fashion Week kicked off in 1943 in New York, primarily as a ploy to distract the American fashionistas from looking to Paris and the chic ladies of France for fashion inspiration. Like the rest of the world, America didn’t have an obvious style of its own and women and designers often turned to the unique French designs for inspiration. The goal of Fashion Week was to give lesser-known American designers the chance to really put forward their ideas and turn New York into the fashion capital we know and love. This idea of showcasing the season’s talent soon kicked off in London, Milan and Paris, and Los Angeles and Tokyo quickly followed suit. Fashion Week has even strutted its way over to Cambodia, Nigeria and Mpumalanga, a province in South Africa. Countries now use Fashion Week not only as a platform from which young and talented designers can launch their career, but also as a way to publicise important issues around the world. Fashion Week is such a popular and well-regarded institution that Nigeria Fashion Week is ‘going green’ this year to promote the need for a healthy and sustainable environment.

However, whilst Fashion Week is a long-standing tradition with benefits galore, do we really need the fantastical world of fashion to invade our currently wintery world and tell us what we will be wearing next Spring? Many haters think a week of designers parading their Summer predictions goes against the point of fashion – a way of expressing yourself and your individual personality. However, Fashion Week, or Press Week, as it was originally named in the 40’s, enables us to do just that; it inspires the media who in turn inspire us to find our own style. It was designed to freshen the stale ideas of editors, buyers and aspiring designers. Fashion Week is not an inflexible prediction of what clothes we will be wearing next year, but rather an idea of colours and styles to look out for and play with. It is as necessary to the world of fashion as art galleries are to the world of art. 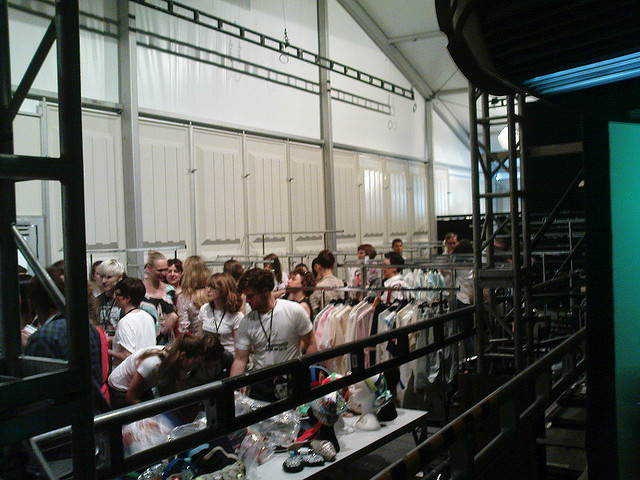 The hustle and bustle of Fashion Week.

In true fashion style there was a great mix on the catwalks across all the Fashion Weeks, so what were the highs and lows of the Spring/Summer 2012 collections? At Louis Vuitton, Chanel, Jonathan Saunders and House of Holland, designers were keeping it as sweet as pie, with peach, baby blue, lilac and mint designs adorning the catwalks of London and Paris. The designs at Jil Sander were the definition of minimalism, with white and black shirts, A-line skirts and shift dresses marched defiantly down the catwalk. Minimalist skirts were mixed with Picasso-painted jumpers and brocade print shirts, yet the modern look was maintained with angular, architectural designs.

The enchanting legend of Alexander McQueen lived on as Sarah Burton created magical clothes, fit for her Goddess theme. The pretty, lace designs were undeniably feminine and true to her reputation Burton focused on even the smallest details in her designs. The McQueen gothic style still shone through and brought the girly girl back down to earth, with the addition of glossy black leather, towering sinister shoes and black lace and netting.

Kanye West hipped and hopped his way over from the music world to make his debut foray into the world of fashion at Paris Fashion Week. This fashion junkie had numerous famous faces turn up to his much talked about show, with no one knowing what to expect from the musical genius. Fur was clearly the order of the day on West’s catwalk. So much fur. Too much fur. Some dresses left little to the imagination (his target market may well be the North of England? …) and silver and copper shell-suit style combos hit the catwalk as you might expect from a rapper cum designer. When Anna Wintour was quizzed on Kanye’s collection she gave a simple yet scathing response – “Ask someone else”. Kanye’s talent in fashion may need some tweaks before the general public (and the world’s most famous editor) feel inspired enough to don these outfits for a trip into town.

In Milan, Japanese company Sanrio decided it was high time for their much beloved character Hello Kitty to hit the high-end of the fashion world. I kid you not. Milan saw models walking (shamefacedly?) down the catwalks for the collection Pynkiss, which features dresses, shirts and skirts stamped with the Hello Kitty slogan. A fashion high or a no-go low? Ask someone else.

So come on Durham fashionistas, get inspired, shed the Jack Wills hoodies and pile on the pastels. Just steer clear of fur and cats…