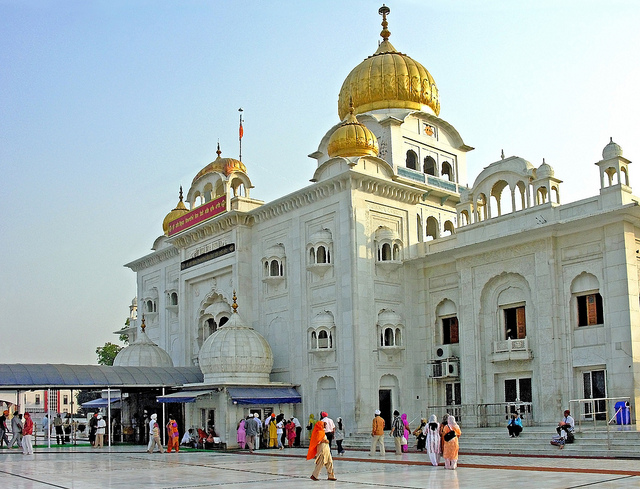 Have you ever considered how powerful words are? Just simply throwing about the tagline of ‘developing country’ puts the breaks on an entire nation of people. It’s not the reader’s fault: that phrase carries with it an unwelcoming image of struggle and pain. You are helpless to picture a “worse” life. But does anyone ever stop to question this image? So they say it’s a developing country; it’s still in the rough; it’s not as great as ours, but is it worse? Or is it just different?

I am Indian, but never in my life have I lived there. I couldn’t claim to know or truly understand their ways of life or the culture, but almost every summer I get a taste of it, and now I want to share that.

India is a developing country. It is home to poverty and destitution, but that’s not the whole story. Where else in the world would you be able to walk down the high street with a herd of goats, cross the road with a wandering cow or drive down main roads next to a baby elephant? Not every part of it is scattered with skyscrapers, but is it truly worse off?

The wealth of the East has a different currency and it’s found in the people and the way they relate to their society. In their culture the support of family is ever-present: if you stop and talk to a stranger on the street, it’s common to call them ‘auntie’ or ‘uncle’ because everyone is considered family. Without doubt, life is a lot more relaxed over there. For example, at markets and stores, no price is ever set in stone: it is culture to bargain and negotiate. And that’s refreshing to watch – like a democracy that starts at the roots!

If you look for the glittering skyline of the West, largely, you wont find it. But the vibrant colours of the saris, the spices and the landscapes provide more sparkle and shine than any developed city. It is different: over there, self-sufficiency is the true goal and tradition holds more value than modernity. How many people here do you see buying plots of land and making their house from scratch, or owning wells in their back yards? It’s not that they can’t have estate agents and entirely mains supplied water; it’s not that they’re backward. They just don’t always want it.

Even if you just look at the roads, life is different. Driving is an art form there – it isn’t about rules and traffic codes, it’s about efficient overtaking and timing. Life really just isn’t as regulated, nor is it as refined! I don’t think you could walk down a road in India without hearing a horn every five seconds. And let’s not forget their beloved auto-rickshaws (known here as tuk tuks), essentially bicycles with an extended roof over the back! Believe me, the first time I saw them, I wondered why anyone would think it was smart to ride in a vehicle with no doors! But it’s convenient to their lifestyle, like the old Routemaster buses with an open deck rear used to be handy for busy Londoners.

In the East, life isn’t all about climbing the ladder, owning shiny buildings and keeping general, everyday street life in perfect, pristine order. It’s a chaotic mess of noise, colour and authenticity; it’s completely, unquestionably and impossibly different. And that’s exactly how they like it. So if you haven’t been yet, go, and tell me if what is considered ‘undeveloped’ enthralls you too.