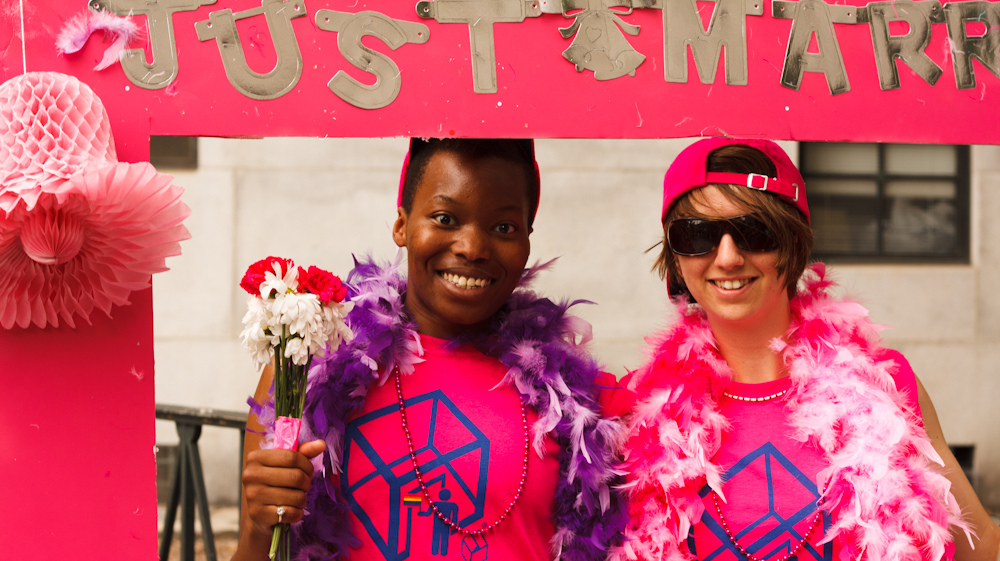 Same-Sex Marriage: Promoting equality or breaching the rights of the Church?

Palace Green will this Friday become the setting for what is sure to be a lively debate, as the speakers discuss the topic of the Coalition’s recent decision to introduce same-sex marriage. The law, which was passed in July and only affects England and Wales, will come into force in mid-2014 in a move which remains controversial. A YouGov poll in May 2013 showed that 53% of the population supported the bill, a marked increase in comparison to the 43% supporting same-sex marriage in March 2012. But this figure still shows the large proportion of UK residents who do not believe that these unions should be allowed the same recognition as those of heterosexual couples, with 32% in 2012 preferring the current system of civil partnerships to continue. Friday’s guests are sure to argue their way to the heart of this most topical of issues, allowing the audience to decide for themselves on which side of the fence they lie.

The first speaker of the evening will be Dr Sharon James, the head of the Christian campaign group Coalition for Marriage which opposes the same-sex marriage bill. The organisation’s website claims that so far over 668 000 people have signed their online petition which states that they ‘oppose any attempt to redefine [marriage]’ as anything other than a ‘voluntary union for life of one man and one woman’. They go on to claim that marriage in its current form ‘is beneficial to society, and that changing that definition would undermine that benefit’, stating reasons such as the need to teach the new definition in schools and the risk of further legal changes, such as permitting polygamy, following. Dr James is sure to offer a point of view which will divide the house, in a debate which must necessarily revolve around the Church’s right to oppose the change.

James will be followed by Iain Stewart MP who is a patron of LGBT Tory, an organisation which exists to provide an LGBT voice within the Conservative party. The group, founded in 1975, is active in local Conservative organisations as well as at gay pride rallies throughout the country, claiming in an interview with The Telegraph in August 2013 that the political party is attracting a new group of younger members as the legislation is a move to ‘accept that the world changes’. Stewart himself praised Alan Turing during his maiden speech in the House of Commons and made reference to Gordon Brown’s official apology for the state’s persecution of the mathematician. In 2012 he also told MPs about the bullying that he faced at school due to his sexuality, claiming that he ‘didn’t dare admit it’ and quoting a survey carried out by Stonewall which suggests that 90% of secondary school teachers have witnessed homophobic bullying. With the law increasing the rights of homosexuals and elevating the status of their relationships, these experiences are sure to allow Stewart the ability to comment on the situation from a perspective familiar to many young gay men around the country.

James Wharton will be the next speaker to take the floor as the first UK soldier to enter into a civil partnership. A member of the Household Cavalry, his commanding officer claims that the regiment ‘has a tradition of leading from the front’ and that his colleagues ‘supported him 100 per cent’, even allowing him to host the reception in the Knightsbridge barracks. This is a far cry from past attitudes to homosexuality within the army with 298 personnel discharged as recently as 1999 due to their sexuality. Wharton himself told So So Gay magazine that he had always felt ‘very protected by the army’, but said that young people need ‘more accessible role models’. His speech to the house will certainly allow him to continue fulfilling this role.

The penultimate speech will be delivered by Lord Smith of Finsbury who became the first openly-gay MP and Cabinet Minister in 1997. In 2005 he then became the first MP to admit to being HIV positive, having been diagnosed with the virus in 1987. He has since spoken out in favour of gay marriage, telling Pink News that he is glad that the bill was introduced by the Conservative party rather than Labour as it forced many benches to support it who otherwise may not have done. Furthermore, he believes that the public needed time to accept that civil partnerships are ‘self-evidently a good thing’ before ‘being able to say that marriage is where we want to go to’. During the House of Lords debates in June 2013 prior to the bill being passed, Lord Smith claimed that the chamber is beginning to adapt to public opinion and modernise its views, meaning that the peer is likely to present a viewpoint which although against the stereotype is becoming increasingly common amongst his generation.

The evening will be brought to a close by Sid Cordle MBE, the current leader of the political party the Christian People’s Alliance and their candidate in the Erith and Thamesmead constituency. The former party leader, Alan Craig, referred to gay equality campaigners as the ‘Gaystapo’ in a reference to Nazi Germany and believed that the same-sex marriage bill would lead to ‘new inequalities and discrimination’, suggesting that it should include ‘polygamous marriages’ for Muslims and Mormons. Cordle continued this tradition in his role, claiming that he wanted to see ‘Christians out on the streets… stand[ing] shoulder-to-shoulder’ against the new law. He believes that Christians will begin to turn away from the Conservative party, arguing that it is now ‘pro-homosexuals, no family values, modernisation’. Amongst Friday’s speakers the opponents of the motion may be in the minority, but their voice will evidently be no quieter.

Only time will tell in which direction the house will choose to vote on Friday, but in the meantime we can look forward to a stimulating evening of debate which will break down stereotypes and allow its audience to make a decision based on reasoning rather than media propaganda.

LGBT in the military – http://www.proud2serve.net/