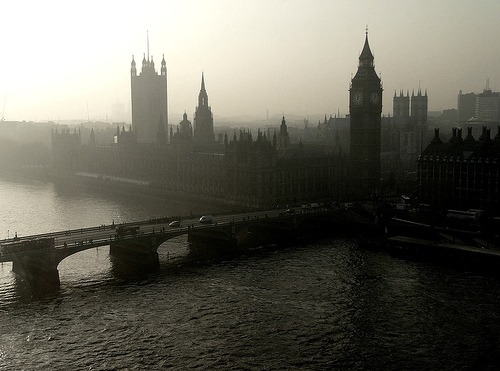 The legacy of Thatcher’s government in Westminster

With the death of Margaret Thatcher in April of this year, and the Conservative conference in full swing, the shadow of the Iron Lady certainly looms large in the political sphere. With what is promising to be a fiery political contest, the Union Society, with their new president Andrew Lloyd, are setting the tone for the new term. The first debate between the conservative representatives and the traditional supporters in the north-east’s industrial and mining heartland certainly warrants attention. It is both literally and figuratively at the coal-face of established British party politics.

Lord Howell, father-in-law to the current Chancellor of the Exchequer, George Osborne, will bring the first-hand experience of the Thatcher administration to the debate. However, his recent political fracas over the question of fracking gave ammunition to many critics who claimed that the north of England is still regarded as the inferior and “desolate” in the halls of Westminster. The then Bishop of Durham, Justin Welby, added his voice to the debate in tweeting his opposition to the comment. Such a recent slip is not likely to go unnoticed in the upcoming debate. Martin Callanan MEP for the north-east, whose recent campaigns include tackling binge drinking as well as saving the British pub, should provide some credibility that the north-east can and does vote for Conservative members. While Robert Buckland MP for South Swindon may seem something of an outsider, what he lacks in northern pedigree he will surely make up with in experience as the Union Society President in 1989.

The Durham Miners’ Association (DMA), to be represented at the debate by Dave Hopper, still boasts of running the largest “celebration of trade-union-and-community spirit in Britain” in the form of the annual July Durham Gala. After the closure of the last coal-field, the DMA concerned itself with tackling the legal ramifications of mining on its local members and their families. The DMA is rooted in the immediate concerns of the local people, is doubtful to be appreciative of Thatcher’s post-war contribution to the country. In an area of the country that is arguably still struggling out of the legacy of the strikes and unemployment that dominated 70s and 80s politics, the name Thatcher can still engender a degree of hostility.

When asked for a comment on the upcoming debate and specifically the long term impact of Thatcher, David Hopper was critical of her legacy, “Our communities have been decimated and almost destroyed by the havoc she wreaked on British industries, and our people, especially the youth, have suffered terribly” being especially critical of “policies for short term profits and quick gains,” that, in Mr. Hopper’s opinion resulted in the national assets being sent abroad. In what is likely to be in stark contrast to the conservative members in opposition in the upcoming debate, Mr Hopper expressed surprise that the motion needed to be debated at all, considering “division, greed and hostility were rife in Britain and on numerous occasions, trouble and disorder reigned our streets”.

Thus, it is from such a background of ensconced opposition that the sides will square up to the legacy of Baroness Thatcher. With the Durham Miners Gala, described by David Hopper as “a historic and cultural event to celebrate an industry that made Britain great”, it is hard to avoid the relevance of the debate which is beyond many undergraduates’ lifetime. With the ‘energy crisis’ still making regular news and the question of fracking causing controversy, the debate promises to address issues and legacies old and new.