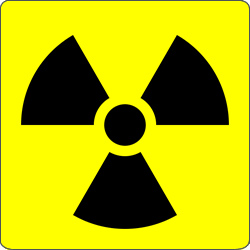 Radiation warnings have been issued.

Fears of a nuclear disaster in Japan have been heightened by an explosion at a third nuclear reactor. The Fukushima Daiichi nuclear plant, approximately 170 km from the epicentre of Friday’s earthquake, has already taken damage to two other reactors. The primary concern at the moment lies with the possibility of further damage to the reactors, leading to the release of radiation in sufficient quantities to damage public health.

The third blast appears to have damaged the vessels which contain the nuclear fuel supply. The reactor had been closed for maintenance prior to the earthquake, but still contained spent fuel. If leaked, even spent fuel could cause a great increase in radiation levels for hundreds of kilometres. Indeed, increased radiation levels in the area around the plant – as far as Tokyo, 250 km away – have already been detected. Close to the plant, levels are high enough to prompt an evacuation order of the surrounding 20 km. Not yet complete, the evacuation has already moved 200,000 people from the area in the past four days.

There are growing concerns that this action may not be enough. Tokyo’s detection of increased radiation levels – around ten times that of normal levels – are not sufficient to cause damage to humans but there are fears for people in the more immediate surroundings, who have been warned to remain indoors.

The economic impact of the damage caused by the tsunami on Friday, as well as the potential for a nuclear disaster, is beginning to be felt. The stock market fell further on Tuesday – to a low of 14%, almost twice the drop on Monday – and experts estimate that the combined loss over the two days was over 620 billion (around £387 billion). Amongst others, the global car manufacturing industry has been affected, with factories and ports entirely destroyed by the tsunami. It is a concern that a prolonged impact on the Japanese economy could be detrimental to the global economy as a whole, even to the point of causing a second recession.

While engineers work to control the impact of the blast in the Fukushima plant, the rescue operation for survivors of the quake and tsunami continues. Although the published death toll has not seen a significant increase in recent days, officials have openly acknowledged that as many as 10,000 people are likely to have died. One hundred thousand troops have been deployed to help in the relief and rescue effort.