The World’s Youngest Killers: Beyond Redemption? 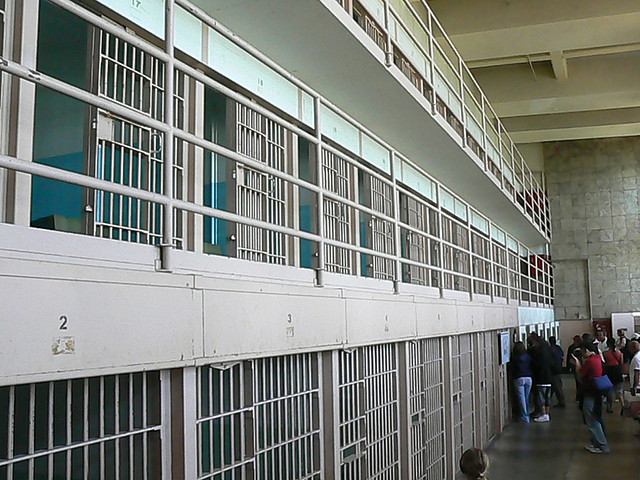 Are child killers “perhaps the one group of criminals that have the best chance of successful rehabilitation?”

Twenty years ago, the murder of two-year-old James Bulger in Liverpool sent shockwaves through the community. Lured away from his mother in the Strand shopping centre, he was then walked several miles across the city before being tortured and killed by his abductors, his battered body dumped on the railway tracks in an attempt to cover up the crime. The toddler’s killing alone was disturbing, but the killers’ ages added another unsettling level to the crime: they were children; two boys aged just ten.

Killings committed by children are rare, and this, combined by the shocking violation of the expectation that children should be innocent and pure, means that when such killings do occur, they attract an enormous amount of media attention and public hysteria. There is a tendency in situations like these to label the child killers as “evil” and “monstrous”; creatures so innately perverse that they must simply have been born evil and should therefore be locked away forever like the dangerous animals they are made out to be.

But is it all so simple? Is there no merit in the argument that, due their age and relative mental fluidity, they are perhaps the one group of criminals that have the best chance of successful rehabilitation? It is a question of more than academic consequences, with the imminent release from jail of one of Bulger’s killers. To answer it, it is wise to look back on past cases to see the results, or otherwise, of attempts to rehabilitate the most sensationalised and vilified of groups: children who kill.

The crime: As Kevin Bennett slept rough on the streets of Liverpool, he was approached by 3 teenagers, one of whom had goaded the other with the now infamous line “I bet you haven’t got it in you to do him in”. What followed was a horrifyingly brutal attack by two of the boys as the other kept watch and did nothing to intervene. After the attack, they fled, leaving Mr. Bennett to die in hospital six days later. This April, the boys were all convicted of murder and given sentences of lengths ranging from six to twelve years. The appropriateness of the lighter sentences given to the younger boys will no doubt be judged by their behaviour in the future after their release.

The crime: Murders committed by women are rare, and even rarer are those committed by girls. But fifteen-year-old American girl Alyssa Bustamante did just that, luring her nine-year-old neighbour Elizabeth into the woods behind their house before stabbing her in the chest, slicing her throat and strangling her. She later admitted to the killing and led police to the body, chillingly claiming that she had killed simply to know “what it felt like”. She was convicted of second-degree murder and sentenced to life imprisonment. This conviction was controversial, however, for two reasons: firstly, Bustamante was tried as an adult rather than in a juvenile court, a decision that has been heavily criticised; and secondly and perhaps more importantly, it was not taken into account that, two weeks before the murder, Bustamante had been prescribed an increased dosage of the anti-depressant Prozac, a drug notorious for sometimes having increased aggression and violence as a side-effect.

Since then: Alyssa Bustamante has expressed remorse for the murder and is serving her sentence in an adult jail. Her supporters are clamouring for an appeal based on her long-standing mental health problems and her treatment with Prozac, but there are no signs that any such appeal is to take place in the immediate future.

The crime: Trondheim is a quiet Norwegian town proud of its extremely low crime rate. This made the killing of a five-year-old girl, Silje, at the hands of two six-year-old boys in the town, all the more shocking. When the three friends went to play in a field to make snow-castles, it must have been much like any other peaceful scene enjoyed by children across Norway. What happened next, however, was far from normal. The boys could not explain how it started, but they ended up hitting and kicking Silje and dropping stones on her until she fell unconscious, before becoming scared and running away. She was found later, frozen to death. The town’s rage swiftly turned to quiet reflection when it emerged that the killers were young children themselves. Well below the age of criminal responsibility, the two little boys were never punished for the killing and indeed returned to school a few weeks later, although under the supervision of psychiatrists and in receipt of intensive counselling. Their own consciences were to be their punishment, and the town quickly forgave and forgot the two infant school-aged killers.

Since then: As the two boys were never named, so as to avoid future retributions and to ensure they had as smooth a rehabilitation as possible, it is difficult to pin down the fate of the pair. There are hints that one of the boys later ended up “in trouble” but the other boy seems to have grown up to become an ordinary member of society, in no way exceptional or monstrous.

The crime: Perhaps the most infamous murder in British modern history, the CCTV image of Jon Venables and Robert Thompson leading their two-year-old victim by the hand away from the Strand shopping centre in Liverpool has been seared into the memories of a generation. The two boys led their victim James on a two-mile walk around the city before kicking and punching the toddler, also using bricks and a metal bar to attack him, before dumping his body on the railway tracks in an attempt to make it look like an accident. It was soon discovered that James’ death had been far from accidental, however, and the two boys were arrested and convicted of murder.

Since then: After spending eight years in high-security units and receiving intensive counselling, both were released in 2001 with new identities so as to protect them from vigilante attacks. In the following years, Jon Venables fell into drink and drugs, compromised his new identity, allegedly got into fights and downloaded child pornography. It was for this last incident that he was recalled into jail for breaching the conditions of his release licence. Having served his time for the child pornography charges, and having been assessed as mentally healthy enough for release, Venables’ release is imminent. It is unknown whether he will be given a second false identity, the stress of which was blamed for his relapse into criminality. Robert Thompson’s rehabilitation appears to have been much more successful – he has not broken any of the conditions of his release licence and has stayed on the right side of the law.