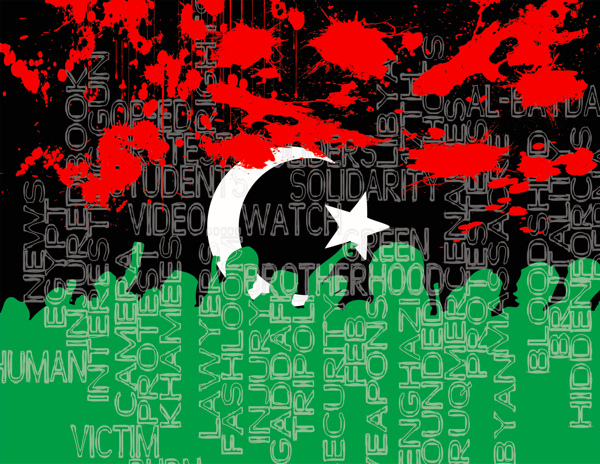 Libyans continue fighting despite the bloodshed

As the violence in Libya continues, US president Barack Obama has called on the leaders of the UK, France and Italy to generate a coordinated response to the crisis. On the telephone to French President Nicolas Sarkozy, UK Prime Minister David Cameron and Italian Prime Minister Silvio Berlusconi, the US president expressed his deep concern for the situation and called it a violation of human rights. This action stemmed from Muammar Gaddafi’s counterattack to prevent the capital, Tripoli, from becoming the next stronghold of the protestors, who have taken over much of the east of the country. The four leaders discussed various options, including humanitarian assistance, without ruling out the consideration of military action. The imposition of more stringent sanctions was heavily discussed, and the possibility of a no-fly zone over the country in order to attempt to subdue the violence. David Cameron made clear that he did not oppose further sanctions. Switzerland has already taken action by freezing all assets that belong to Gaddafi.

All options are still currently under discussion and it is understood that the US military will present its own proposals to the President in due course. Further action against Col Gaddafi’s rule is expected to be discussed at the UN Security Council meeting in New York later on Friday and the US Secretary of State, Hilary Clinton, is scheduled to travel to Geneva on Monday for a UN Human Rights Council meeting, of which the main focus will be the Libyan crisis. It remains to be seen how China and Russia, who are known to be unwilling to impose sanctions, will react to the situation.

Gaddafi however, who, in his most recent speech given on Thursday, blamed the current uprising and the violence on Al-Qaida, still seems far from giving up. He also repeated claims that the protestors were revolting as a result of being drugged and hallucinating.

As the death toll continues to rise, David Cameron has made his position on the matter clear that Gaddafi’s behaviour would not be tolerated and has urged for more pressure to be put on Libya’s leader. Despite Gaddafi’s defiant behaviour and reluctance to give up power, the majority of the east of the country has been taken over by the protestors and out of the control of the government. With the protestors fighting strong, the UN’s imminent sanctions and the predicted fall of the government from all angles, it is questionable how long Gaddafi’s rule of violence against his own people will be able to continue.

For more on this story, see: