The Degree according to McDonald’s…

First there came the Mc-A-level, the McDiploma, and the McBTEC, so it was only a matter of time before the “McDegree” came to fruition. McDonalds’ latest move in the world of higher education appears to mark the next phase in the global fast food restaurant’s bid for world domination. Secondary schools will soon be made obsolete; instead of sending our children to the local Catholic Comprehensive they’ll be attending the Academy of the honourable Ronald McDonald rather than the local Primary or Secondary school. 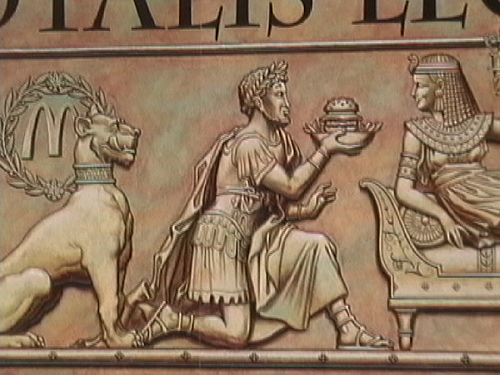 The Billboard outside a McDonald’s in Switzerland

But all joking aside, McDonalds’ investment schemes and their dedication to the training and educating of their staff in the ways of business is certainly not to be sneered at. Indeed, the introduction of the McDonald’s A level has incited jibes about the “McDiploma”, and McDonald’s ability to provide “McQualifications” has received growing scepticism from “legitimate” institutions.

The company’s new two year foundation degree is accredited by Manchester Metropolitan, renowned for the quality of its business degrees. The McDonald’s foundation degree will be a customised version of MMU’s management development programme is founded, according to the McDonald’s website, on both “business needs and academic rigour”. After having conducted a successful pilot scheme, the degree course will be taught both in the classroom and the workplace, and will allow students to earn a nationally recognised qualification.

With an estimated 85,000 strong staff in the UK and 90% of managers starting as hourly paid crew members, McDonald’s takes its in-house training seriously spending, on average, £15 million each year on training in the UK alone, and having also released their academic prospectus. And what a prospectus. Showcasing the results of five years of educational development, McDonald’s proudly presents qualifications ranging from BTECs, the Level 2 Apprenticeship in Hospitality and a Level 3 Diploma in Shift Management. The recent advancement towards creating a Foundation Degree Level is needless to say, the icing on the cake, or the relish on the quarter-pounder.

And McDonald’s aren’t the only company to take educating their own staff seriously. Harrods has set up a degree course for its staff in conjunction with Anglia Ruskin University, and Microsoft is able to award its own qualifications and did so to 17,500 people in the UK last year. The director of the Confederation of British Industry (CBI) has described the emphasis on in-house training as “great illustration of how business can play its part in helping to deliver high quality vocational training”. 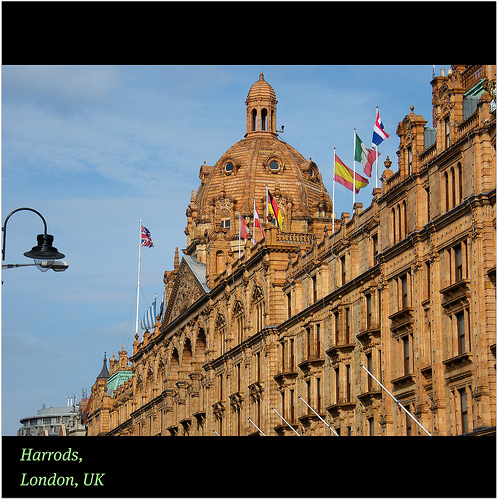 The Senior vice-president of McDonald’s, David Fairhurst, is also quick to challenge snobbish behaviour concerning the “McJob”. He argues that people should not have to choose between their jobs and an education which is particularly unfair for those who did not necessarily succeed at school. “People no longer want to choose between jobs and education, they should not be parallel universes.”

Certainly the company’s commitment to their programme gives credibility to the concept of in-house training, although this is not, McDonald’s insists, a philanthropic gesture aimed at providing an answer to the unemployment crisis. Fairhurst argues that the broader economy needs to allow for continuing development of workers in larger corporations and this will inevitably lead to larger sales. He acknowledges that whilst the degree is only for managers, 53 of whom are enrolled already, 90% of managers begin as a crew member and so the opportunity is available for all dedicated staff of the company in the long term.

Whilst working in any fast food restaurant may not be on the archetypal teenager’s list of aspirations in terms of future occupations, Macy Gray and Amazon boss leader Jeff Bezos are just two of the throng of successful celebrities that began their working life as a lowly burger flipper. The cynicism surrounding the McDonald’s brand and the “McJob”, at least by workers, appears to have abated, with 75% of workers allegedly being proud to work there.

Furthermore, if the company are prepared to invest in the development of their workers and provide opportunities within the company, this is surely no bad thing? That McDonald’s has achieved monumental global success is uncontested. That McDonald’s has achieved a great deal by becoming a figurehead for in-house training initiatives is a testament to their good business sense and dedication to employees. No matter what new pun or derogatory joke critics may make about the new “McQualification”, one thing is certain, McDonald’s will have the last laugh.