Suicide by Fire and Arabian Democracy 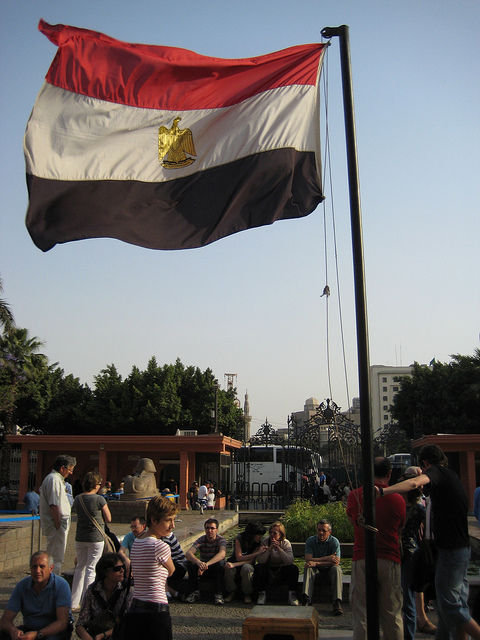 Protests in Egypt have dominated world news in recent days

On December 17th 2010, Mohamed Bouazizi, a fruit seller from Sidi Bouzid in central Tunisia burnt himself to death outside a local government building in protest against years of police persecution he had faced in his work. This act sparked off a series of protests in Tunisia against corruption, lack of freedom of speech, high unemployment and high food prices. These eventually gathered so much momentum that on 14th January, Zine El Abidine Ben Ali, who had been President of Tunisia for 23 years, was forced to flee to Saudi Arabia. An interim government has been formed, and recently an international arrest warrant issued for Ben Ali, on charges of stealing government money as he fled. This would tie in with reports in Le Monde suggesting that his ex-wife Leila Trabelsi took £35 million worth of gold from the Tunisian central bank as she fled to Dubai days earlier.

The actions of Bouazizi have been replicated in a number of other countries in the region – Mauritania, Yemen, Algeria, Saudia Arabia – and in some cases have sparked similar protests. In particular, following a series of attempted immolations, huge protests have engulfed Egypt in the last few days, calling for President Hosni Mubarak to step down after nearly thirty years of rule. Similarly to Ben Ali, Mubarak is blamed for a lack of free elections, endemic corruption, police brutality, poor freedom of speech, high unemployment and high food prices. He announced his decision to dismiss his cabinet yesterday in a televised address, hoping to appease the protesters. But this seems unlikely given the strength of public feeling against him in particular. The event seemed reminiscent of Ben Ali’s televised attempt to calm the Tunisian people by dismissing his cabinet, only to flee the country hours later. Protesters responded last night by widely ignoring a curfew and setting fire to the ruling National Democratic Party’s headquarters. The police seem unable to cope, and while the army have been deployed to secure Egypt’s cities, it seems unwilling to actively suppress protest. The army is held in higher regard by the Egyptian public than the police, and any attempt to neutralize the uprising might tarnish this reputation, and make things more difficult for it if it is called on to form an interim administration.

John Simpson, the BBC’s World Affairs editor, said of the Egyptian protests today, “I’ve never seen anyone come back from this“. If Mubarak really is ousted, the consequences for the region may well be great. Many Arab nations are ruled by long-term presidents with dubious respect for human rights and democracy, and who are tacitly supported by the West in exchange for their cooperation on issues like the fight against Islamic terrorism. If the flame of democracy ignited in Tunisia is seen to spread to Egypt, and seen to consume perhaps the most powerful example of such a president, of a country whose policy is central to determining that of other arab states, then think what motivation that will give protesters in countries with far less secure governments, like Yemen; a wave of such revolutions could follow.

Now this is by no means necessarily a good thing. It would seem a worrying development, for instance, if Egypt’s Muslim Brotherhood, an Islamic opposition group suppressed by Mubarak’s regime, were to gain power at his demise, given their apparent views on women’s rights and religious minorities. But my point is simply that the ramifications of Bouazizi’s suicide may spread very far, and possibly in unexpected directions. As the world service recently reported, the Tunisian “Jasmine Revolution” had been commended by pro-democracy activists as far afield as China; more recent reports suggesting internet censorship of events in Egypt by the Chinese government are further testament to recent event’s impact.

For more information on the Egyptian protests, see the BBC’s live news page on the subject