Society of the Week: Durham Atheist, Secularist and Humanist Society

So What Does an Atheist Society Actually Do? 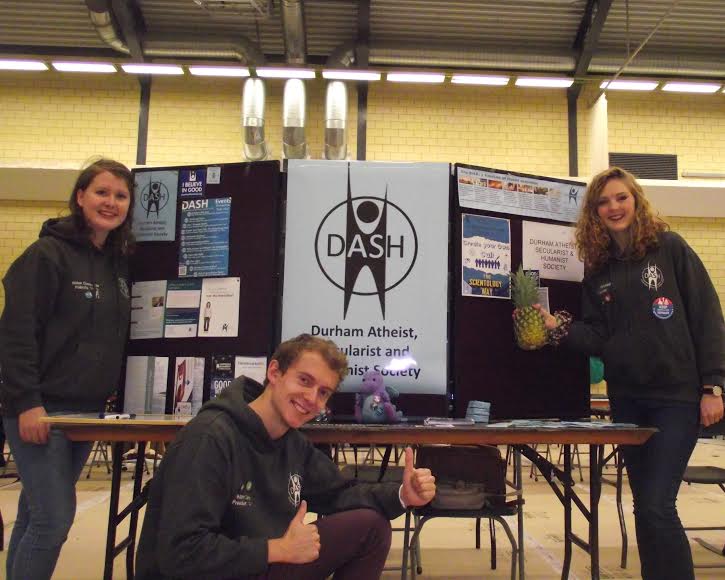 Should’ve signed up at the Fresher’s Fair

If you’re wondering what DASH actually does, or more generally why you would want to have any sort of atheist society then you’re certainly in good company. In fact variants of the question “What’s the point in having a society for atheists?” are the single most common type of question directed across the fresher’s fair stalls of atheist societies all over the country. Often even those who have been involved in the running of their society for several years can appear just as confused by this question as those who are hearing about it for the first time, so whichever side of the fresher’s fair stall you’re likely to be on this September, it’s definitely worth taking some time to think about

There are two reasons why this is a difficult question to answer. Firstly it’s actually very hard to describe a typical DASH event as we cover a lot of different topics and formats, and secondly because everyone who comes along to the society has a different reason for doing so. However, for those who are new to DASH or to the “atheist movement” it seems appropriate to explain a little about the three words which make up the name of our society: atheist, humanist and secularist, as it is from misconceptions about the meanings of these words that most of the negative stereotypes we endure come.

Atheism has a very simple definition: “disbelief or the lack of belief in god or gods”. This definition is a little broader than the one most people would arrive at if asked, as it encompasses those who think it is likely there is no god, but wouldn’t claim to be able to prove it. Despite this broader definition the word is actually still very limited, and doesn’t say a lot about the person being described.

Atheism is an unfortunate word to have front and centre in our name, firstly because as I’ve said it’s not actually very informative, and secondly because of the unfortunate and undeserved things the word is often used to insinuate, despite the simplicity of its true meaning. However, there is no denying it’s a word people immediately recognise, and it tends to be the one thing our members generally agree upon, so an atheist society we remain.

Finally on the subject of atheism, there is an important distinction to be made between atheism and anti-theism, which is the belief that religious organisations are overall harmful to society and therefore should be disbanded. It is certainly the case that some of our members would describe themselves as anti-theists, but it’s not central to what we do.

Next up, secularism is a political position which advocates the separation of political and religious power. Secularists believe the best way to build a society which is inclusive of everyone regardless of their beliefs is to ensure that no religious group is given a role in a country’s government or legal system. Proportional representation of religion in government is not good enough for a secularist, as it inevitably leads to the marginalisation of minority groups. Lobbying by independent groups or private individuals is obviously crucial to the political process, but secularists would agree that ultimately, all decisions should be based upon evidence, rational thought and free and open debate.

This does not mean marginalising religious organisations, but taking away some of the privileges which have historically been given to one religious group over those of other religions or none, e.g. the Church of England is the official state religion of the United Kingdom and the House of Lords currently has seats for 26 unelected CofE bishops but no official representation for other faith groups.

Finally humanism is a philosophy which promotes living an ethical life based on reason and humanity with no religious basis. Humanists believe that this life is the only life we have to live, that empathy and reason are capable of guiding moral decisions free from religious rules, and that the scientific method is the best way to discover and understand the world. Many public figures identify as humanists, such as Stephen Fry, Polly Toynbee, Jim Al-Khalili, Philip Pullman, Julie Hesmondhalgh and Terry Pratchett. To find out more about humanism have a browse through the British Humanist Association’s website. 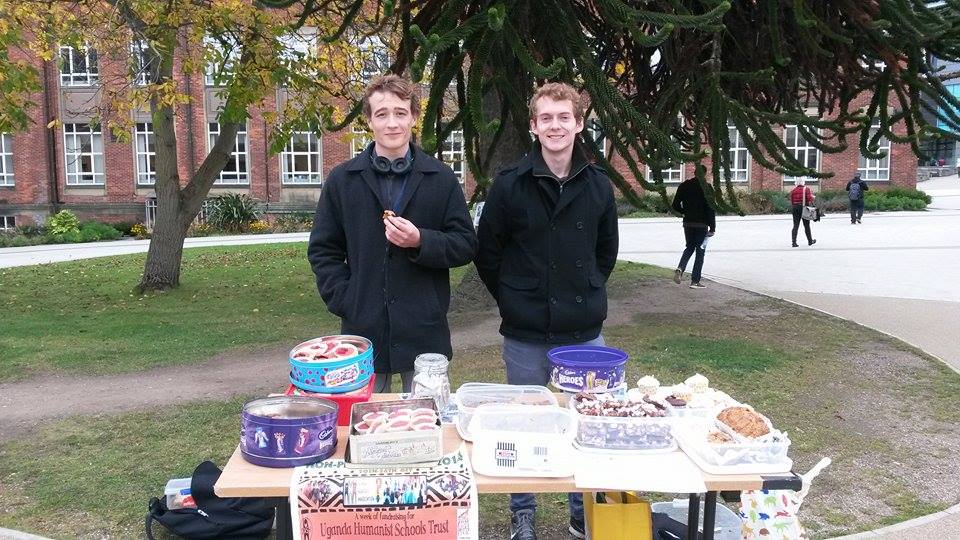 We completely accept that a lot of atheists, maybe even the majority don’t want or need to be a part of an atheist society, and I always focus all of our advertising on informing people of what the society is and what it does rather than trying to convince them either that they should join, or that they should believe the things that some of us believe. Evangelism is not one of the aims of DASH: we aim to provide a service to those who share our values, and there are plenty of people out there who do share them, but haven’t yet found out there is a society for people who think like they do.

However it is worth considering what does attract those who choose to join, in order for new members to get a sense of what to expect. In my experience, those who do end up joining DASH often fit into one of three categories. Firstly, you’ll find a lot of our members have at one point had fairly strong religious convictions. Sometimes this is due to their upbringing and sometimes an experimental phase later in life, but a past experience of religion, even if not overtly negative, often leads people to seek others with the similar experiences who’ve come to the same conclusions as they have.

Secondly we have members more interested in the philosophy and ethics surrounding religion and atheism: Does God exist? How should we live a good life without an absolute morality? What is the best way to run a country and community that is inclusive of all belief systems? These are questions atheists naturally ask and we aim to provide opportunities for people to explore and discuss these questions.

Finally some of our members have a political motivation for joining. Faith schools, equal marriage, religious power in politics, ritual animal slaughter, assisted dying and religious persecution overseas are all issues our members feel strongly about. We campaign for humanist and secular values on all of these issues, and are keen to work together with other groups and societies who share our views.

In short, DASH has something for almost everyone, you don’t even have to be an atheist, secularist or a humanist to join, as other points of view always stimulate the discussions we aim to promote. As I have said before, the only way to really find out what we’re about is to come along and give it a try, so we hope to see you soon!

Written by Adam Carnall, the President of DASH and the Member Officer for the National Federation of Atheist, Humanist and Secular Student Societies (AHS)