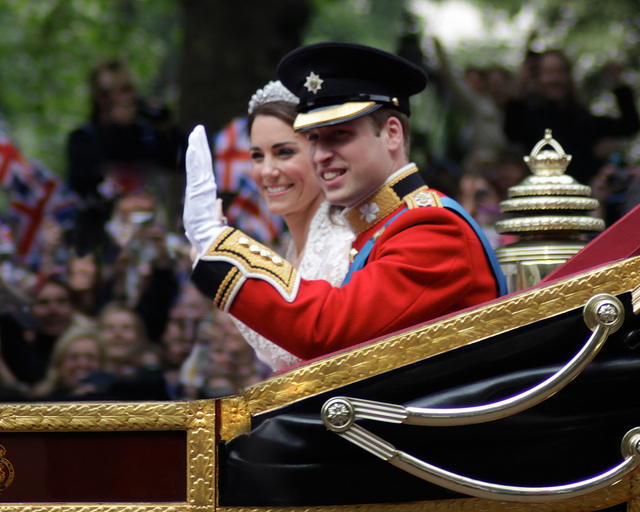 A change to the laws of succession for the British monarchy has recently been announced.

For more than a thousand years the laws of royal succession have discriminated against women, allowing younger brothers to effectively leapfrog their older sisters for positions in the line of succession to the throne. Princess Anne, for example, although being the Queen’s second child would only be queen after her younger brothers Andrew and Edward.

Currently, the children of a son also take precedence over those of a daughter. Andrew’s daughters, Beatrice and Eugenie, and Edward’s children, James and Louise, would also succeed before Princess Anne. So even though logically she should be fourth in the succession, after Prince Charles and his sons, William and Harry, Anne has become tenth.

After years of debate, the situation has been recognised as unsuitable and legislation has been made to change it. After the royal wedding between Prince William and Catherine, it was speculated that these changes, which had been discussed no less than eleven times in Parliament in the past, would need to be made before they had any children.

In a modern society in which women’s rights are proudly proclaimed to be the equal of men’s, the endurance of this tradition has perhaps been rather surprising. David Cameron has stated that, “the idea that a younger son should become monarch instead of an elder daughter simply because he is a man, or that a future monarch can marry someone of any faith except a Catholic – this way of thinking is at odds with the modern countries that we have become.”

However, the process to make these changes was necessarily complex, since Queen Elizabeth II is the recognised monarch of 16 countries, all of which would need new legislation. These countries are Britain, Australia, New Zealand, Canada, Jamaica, Antigua and Barbuda, Belize, Papua New Guinea, St Christopher and Nevis, St Vincent and the Grenadines, Tuvalu, Barbados, Grenada, Solomon Islands, St Lucia, and the Bahamas. The changes have now been approved unanimously at a summit held in Perth, Australia.

The campaign group Republic which wants an elected head of state in Britain denies that anything significant has been changed. “The monarchy discriminates against every man, woman and child who isn’t born into the Windsor family. To suggest that this has anything to do with equality is utterly absurd,” spokesman Graham Smith said.

The changes to the chain of succession will not be applied retrospectively, but only to the descendants of the Prince of Wales. Therefore if William and Catherine, the Duke and Duchess of Cambridge, were to have a daughter as their first child, it would be this child who would take precedence over any other children in line to the throne.

At the same time it has been announced that royal marriage to Roman Catholics, which had been forbidden since the 1701 Act of Settlement, will now not affect the line of succession to the throne.