Protests in Libya Spread Towards Capital 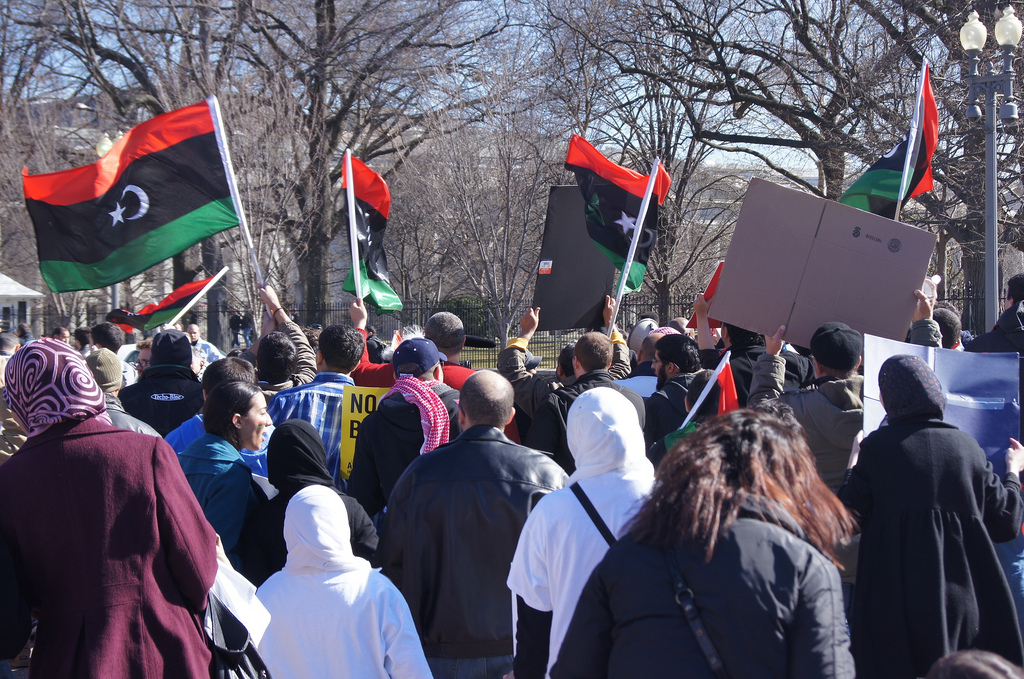 In a lengthy television address on the state-run network yesterday, the son of Libyan leader Col. Gaddafi, made a desperate attempt to quell the anti-government sentiments that are sweeping the oil-rich North African nation. The move comes after six days of unrest in Libya that have left almost 200 dead and scores wounded.

Until recently Benghazi, Libya’s second largest city, has been at the centre of the protests. The uprising has quickly gathered pace, however, and the latest reports indicate that several rallies have taken place in Tripoli – traditionally seen as a Gaddafi stronghold. Local reports told of people taking to the streets calling for an end to authoritarian rule. When rumours that Col. Gaddafi had fled Libya surfaced late last evening, the capital became the scene of wild celebrations. Gaddafi’s son discounted these claims when he appeared on state television.

Admitting to mistakes and promising wide-ranging reform to the system of governance, including greater freedom of press, Saif al-Islam al-Gaddafi in his speech also warned demonstrators that should protests against the regime continue the country could descend into civil war. One of Libya’s largest tribes, the al-Zuwwaya, have already allied themselves with the protesters and Gaddafi’s general in Benghazi has reportedly defected.

The rhetoric coming from the Gaddafi camp seems to suggest that attempts to suppress the pro-democracy movement are likely to be more brutal than those seen in recent rebellions in Egypt and Tunisia. Although obtaining reliable information from Libya is difficult, there are several eyewitness reports that describe the scene as a war-zone. The army has reportedly resorted to using live rounds on demonstrators in Benghazi, and in one alleged incident a group of soldiers fired into a funeral procession mourning the death of 35 protesters the previous day.

Tom Porteous, the director of Human Rights Watch’s London office, said: “We are very concerned that under the communication blackout that has fallen on Libya since yesterday, a human rights catastrophe is unfolding.” Amnesty International urged Mr. Gaddafi to “immediately rein in his security forces amid reports of machine guns and other weapons being used against protesters and a spiralling death toll”. In the light of international condemnation, the European Union is set to meet later today in order to issue a joint statement urging the Libyan government to cease the repression of protesters. However, Libya has warned the EU it will “suspend cooperation” in the fight against illegal immigration if the bloc does not stop encouraging pro-democracy protests.

“We will fight until the last man, the last woman, the last bullet”, proclaimed Saif al-Gaddafi. Whatever the outcome of the latest uprising in the region, there is likely to be more bloodshed to follow.

Colonel Gaddafi has been Libya’s leader for the last 40 years since a coup in 1969. Libya has a population of 6.5 million and a median age of 24.