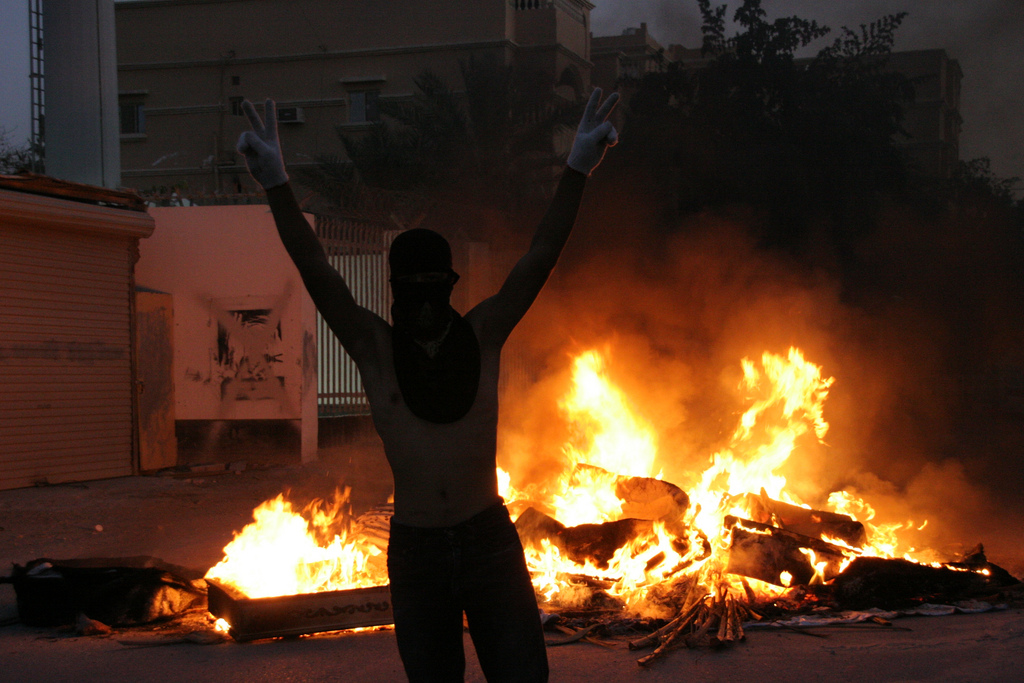 Bahrain, a key ally of the West in the Middle East, has become the latest in a long line of Arab countries to see mass protests following the fall of Mubarak. As the base of the US 5th fleet and a holder of key oil reserves Bahrain is of significant strategic import to the West, but the stability of the state is now potentially threatened.

It began with small scale protests that, while (largely) supporting the Sunni Royal family, insisted on key political reforms, but has hardened into a demand for comprehensive change and an end to monarchical rule.

The catalyst for the change in mood was the reaction of the security forces. Bahrain had been lauded as a model for democratic reform in the Middle East by the USA, with half of its MPs elected, but the reaction of the security forces to peaceful protest has led some to question the commitment to democratic ideals in the tiny Gulf state. In a brutal crackdown the police cleared the protesters using tear gas and rubber bullets, resulting in two confirmed deaths and many casualties.

Many European and Western countries have close trade links with Bahrain. France has suspended shipments of security equipment to the Gulf state, while the UK is reviewing export licenses on (amongst other things) tear gas.

The protests began with a demand for the resignation of the Prime Minister. If the intention of the security operation was to prevent the protests from gaining momentum as they have across the Arab world, it would seem to have failed. In fact, many news agencies report the resolve and the demands of the protesters have been hardened by the attempts to suppress them. Whatever the original aim, some protesters now call for constitutional monarchy (as in Britain) while others demand abolition.

For more information on this story see: