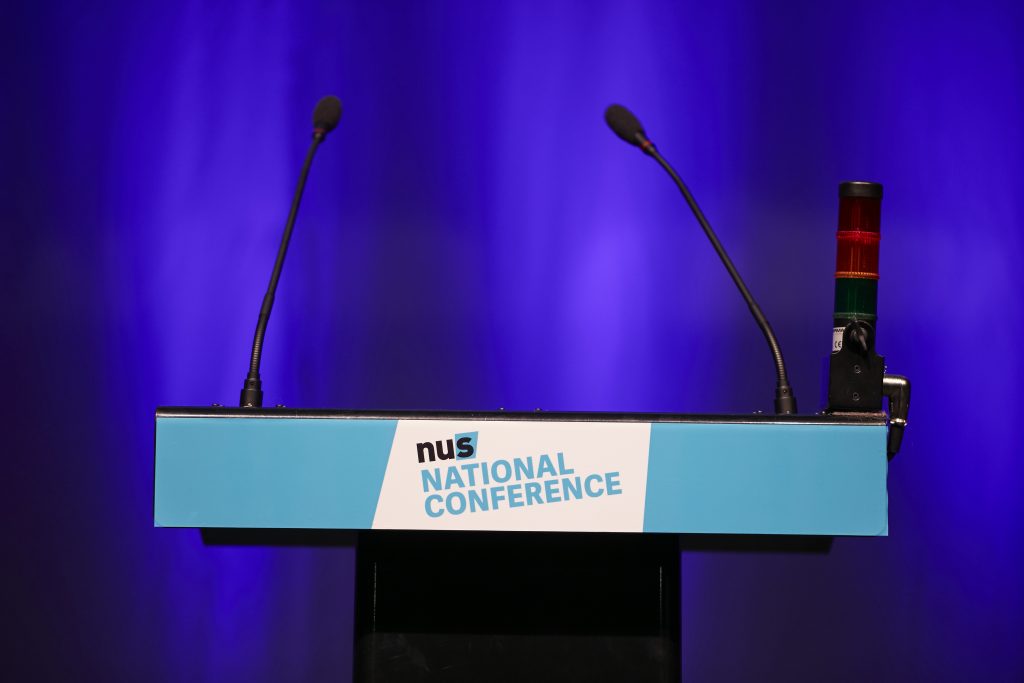 Students are seeking to disaffiliate themselves from the NUS after the controversial election of Malia Bouattia. Photo by Will Bunce.

Although ‘Day Three’ of the NUS National Conference was a far less controversial affair on the floor of the Brighton Centre – the final day primarily consisted of elections to large NUS bodies such as National Executive Committee (NEC) and Democratic Procedures Committee (DPS) – the fallout from Malia Bouattia’s election to the presidency of the NUS escalated at pace.

Less than 48 hours after Bouattia started her new role it has become apparent that students at Manchester, York, Exeter, Oxford and Cambridge universities will campaign for their respective student unions to disaffiliate themselves from the NUS. Throughout her push to become NUS National President, Bouattia had been dogged with claims of being ‘anti-Semitic’. On account of a speech given by the student leader in 2014 referencing a ‘main-stream Zionist led media’, an open letter signed by 56 Jewish society presidents underlined their view that ‘Describing large Jewish societies as a challenge is the politics of division and not solidarity which should be the case.’

Speaking to BBC Newsnight Harry Samuels, one of the four (out of six) Oxford delegates who are seeking to disaffiliate from the NUS, explained his decision to hold a referendum on whether his student union (OXSU) should cut ties with the NUS: ‘It’s not just about Malia in particular. Obviously her election enshrines the fact that NUS no longer represents all students, but there are other grievances we have with the rest of the organisation, there are other reasons we think that the organisation is no longer reformable’.

Earlier in the day, after a very quick debate, a motion (609) at the NUS Conference ‘to commit to hold the first direct National Elections by 2018, was resoundingly rejected. Samuels suggested Bouattia’s election was undemocratic as she was not selected by a system of ‘one member, one vote’ that would engage more of its 7 million members.

An emotional Megan Dunn, in her final speech as NUS President on Thursday, sought to unite the union. Whilst acknowledging grievances with the NUS and that ‘the rise of levels of anti-Semitism on campus is startling’, she stressed to those calling for disaffiliation that ‘we are stronger when we work together’. Dunn also wished luck to those NUS Vice-Presidents both elected and re-elected to their positions. They are as follows: Shakira Martin (Further Education), Sorana Vieru (Higher Education), Rob Young (Society and Citizenship), Richard Brooks (Union Development) and Shelly Asquith (Welfare).