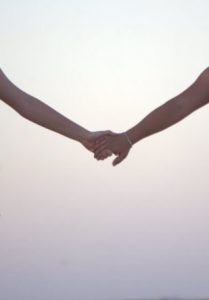 University is a strange time. You’re not entirely independent yet (a huge loan amassing nicely for the future / living off the bank of Mum and Dad would certainly belie any pretence of financial autonomy) but nonetheless, here you are, seemingly cast out into the Real World. Durham is a relatively cosy environment – in college there’s always someone hanging about on your corridor, or porters, or catering staff – someone at the shop, in the bar, playing computer games or in the library. And yet despite all this, there are times when university can feel like one of the scariest and loneliest places on earth – so what then?

Melodramatic one line sentences aside, if you learn nothing else at Durham, you learn the value of friendship. It goes without saying that your friends are great, right? But when you actually stop to consider all the things they do for you, you soon realise that it’s more than that. Sometimes they’re scraping you off the floor after a night out, escorting you from the premises (before the bouncers do) and making sure you have a glass of water next to you when you wake up. Sometimes, they’re banging on your door, asking if you want a hot drink because they’re about to put the kettle on, or if you need anything from Tesco while they’re there. Sometimes they’re proof reading your essay, or blowing up a few pathetic balloons in an attempt to give you a special birthday, or giving you the keys to their car so that ‘you can just lock yourself in and scream for a bit if you want. I do it all the time, it’s really therapeutic!’ Sometimes, they’re possessed by the spirit of Dua Lipa herself, seeing your fingers typing faster than a speeding bullet in their peripheral vision, wrestling your phone from you and letting you sit and sniffle while they get on with their essay (and then repeating the process when you inevitably don’t learn from your mistakes). Sometimes they’re making you double over with amusement in the club because of their bizarre and frankly quite alarming dance moves. Sometimes they’re dragging you to the doctors or hospital when you’ve got yourself into a scrape. Sometimes they take on your battles for you, unasked, because if someone’s hurt you, then they’ve hurt them too.

In society, there’s a tendency to view friendship as secondary to family because ‘blood’s thicker than water’, right? But if friends are the family we choose, surely that makes them all the more valuable because not only do we choose them, but they choose us. In many ways, friends are like family. But they’re not. Because really, at the end of the day, when it comes down to it, they don’t have any responsibility for you. They don’t do these things because they’re legally obligated. They do it because they want to, because they care, because you’d do it for them. Friendship is a weird, unspoken contract, a silent agreement. It’s not dependent on anything huge or spectacular. It’s literally someone deciding that they think you’re quite cool, they have a laugh with you and you’re a (mostly) decent person, so why not? Summative deadlines, bad break ups and existential crises all come and go. But friends are there, even on your darkest day, to whisper a private joke or just do a really weird sneeze that at least for that moment, makes everything ok.

So be thankful for your friends. The ones who you go on a wholesome seaside trip with or an unwholesome pilgrimage to Klute. Home might be near or far, with the comforts of family life and familiar faces. But friends are the ones who’ll ride the three-year rollercoaster of Durham life with you – and the ones who’ll be waiting when you stagger off at the end.