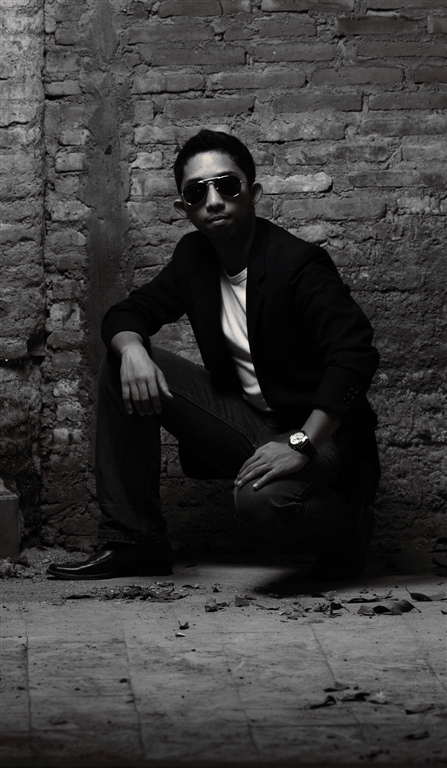 Is ‘Pretty Green’ a modern breakthrough for men’s fashion?

For those of us interested in fashion who do not subscribe to the Jack Wills phenomena of plutocracy (because you have a student loan and don’t really care about royal social emulations) nor the pseudo hipster alternatives of Topman (because you’re bored of dressing like the Fresh Prince of Bel Air), men’s high street fashion is currently in a rut. Traditional brands such as Ben Sherman and Fred Perry seem to be upping the prices for SS13, making basic fashion choices such as casual shirts cost worthy of £75 and above.

Whilst no cheaper alternative seems available, Liam Gallagher’s Pretty Green label seems to be the rising star of men’s high street fashion. It may be a designer label, but the recent increase in price to brands such as those mentioned above means that it is actually more accessible than it appears at face value.

The label was set up in 2005 trading a small collection of t-shirts and shirts online and has since grown to be dedicated full men’s fashion with stores in London, Manchester, Newcastle, Brighton, Glasgow, Nottingham, Liverpool, Leeds and more recently Tokyo. The brand is divided into two ranges, the Green label which focuses on men’s casual wear with items such as sixties mod parkas, denim, and flannel shirts, and the Black label which is a collection of fine ware items mostly designed for formal and night time occasions, containing suits, long kaftan shirts, silk scarfs and elaborate overcoats. For obvious reasons the Black label is the more expensive of the two, with most standard price shirts being above £100 and most coats exceeding £300 (one limited leather parka is currently being sold at £1500). The Green label whilst cheaper isn’t cheap, most items reside around the £100 margin but rarely exceeds £300, but the wide of range of items which appear in this margin, in comparison to the Black label (which I think only actual rock stars could purchase from casually), does seem reasonable.

The quality of the clothing, in consideration of the prices, is sometimes questionable. I recently purchased a black label T-shirt which has received a wide online criticism for its colour fading after one wash. I also own a Green label flannel shirt which has eventually shrunk, and a pair of pink suede shoes which have discoloured considerably at the heels despite my attempts to clean and protect them.

So why argue that Pretty Green is a good high street alternative if its products are relatively expensive and not necessarily of the best quality? Well frankly the styles and designs are original, so much more individualistic and removed from the general rabble of sand chinos and body warmers. Every piece seems to invoke a part of British pop music heritage – founder Liam Gallagher argues that there isn’t a piece he puts on the shelves that he wouldn’t wear. There never seems to be a piece which might fit into the collections of River Island or Burtons, even the standard denim jacket is tweaked with Pretty Green identity. A Pretty Green coat or shirt is so much more likely to gather attention and make one feel confident than other standardised brands. The colours are bright but not invasive; the patterns are eccentric but not opposing.

I wouldn’t recommend going into a Pretty Green store and just purchasing off the rails however, all the items I personally own are sale items, and when it comes to end of season clearance sales, the 70% off that Pretty Green offers is generous. Camo macs, paisley shirts, and well-fitting jeans become as reasonable as most high street stores when it comes to the sale period. I would recommend Pretty Green as an investment brand, when the opportunity arrives acquire that one piece you’ve had your eye on at a discount price and then take good care of it in order to peacock at the right moment.

Gallagher’s upcoming SS13 Campaign is inspired by the Rolling Stones ‘Rock n Roll Circus’ era, taking themes and colours from the late sixties to seventies throwing them into modern cuts and designs. Whilst a majority items could easily be worn by women at smaller sizes, there is a women’s range coming in the future.