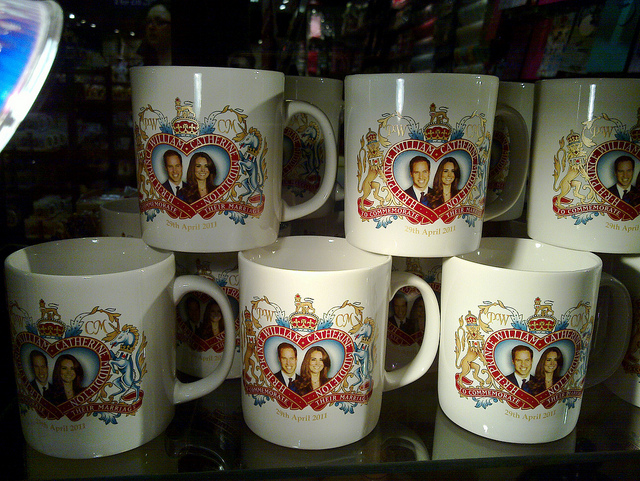 Is Wedding memorabilia a must-buy?

I am one of those people who absolutely loves weddings. I have been known to scream with excitement when the Wedding edition of Vogue drops onto my doormat. I find wedding programmes (from My Big Fat Gypsy Weddings to Don’t Tell The Bride) compulsive viewing, and frequently urge my friends in long-term relationships to marry at once, so I can arrange an appropriate outfit (spring wedding: floral knee-length tea dress; winter wedding: red shift with faux-fur stole). As someone who also adores the monarchy, with equal fervour, the upcoming Royal Wedding between our affable, handsome Prince William of Wales, and the perfect-haired, dimple-cheeked Miss Catherine Middleton is simply too good to be true. They are young, well-dressed, and perfectly matched – what more could anyone possibly want?

Last November, while girls around the country choked: “it should have been me!” and sadly gazed at photos of the staggeringly large engagement ring, I was ordering the Emma Bridgewater “Royal Engagement mug” in happy anticipation. Rather sad? Certainly, but then again, it’s all in the spirit of things. It seems that this is just what the country needed. In an icy political climate, with a less-than-excellent economic situation and fairly poor job prospects for anyone unfortunate enough to be looking, the romance of the engagement caused the media, and their readers, to come alive with girlish expectation. Surprisingly, there was very little negative response in the papers, and the dirtiest gossip anyone could come up with about Miss Middleton was the fact she was bullied for two terms at Downe House School, and, to be perfectly honest, wasn’t the most attractive of teenagers.

Indeed, every aspect of the upcoming nuptials has been scrutinised, from Kate’s dress (frenzied speculation has accompanied this, and rumour has it, three dresses have been made by different designers in order to foil overcurious reporters), to the cake (or cakes, as there will be a traditional three-tiered fruit cake, as well as William’s choice: a rich tea and chocolate fridge cake, a strangely endearing decision, no?). The bridesmaids have been inspected, William’s choice not to wear a wedding ring hotly debated, and family trees have been examined (yes, they are distantly, distantly related). The odds of sunshine on the 29th April have been calculated, and, if one is so inclined, one can bet on the likelihood of Kate leaving Will at the altar (100/1), of Prince Harry dropping the wedding ring (5/1) and the colour of the Queen’s hat (yellow: 15/8).

Banal though the majority of this “news” is, it is, nevertheless, happy news. In the grim backdrop of information from New Zealand, Australia and Japan’s natural disasters, and Tunisia, Egypt and Libya’s uprisings, fuss about reception menus and aisle music is pure escapism, if comparably superficial. And, although the people of Britain are divided in numerous things, the Royal Wedding has united many, from those staunch monarchists who remember the Queen’s Coronation in 1953, to those organising parties that will gather together the community, to the young who now have their sights set on Harry, and the children who think Kate is a fairytale princess.

As the engagement stretched out, however, I gradually became aware that some people actually, genuinely didn’t care about the wedding. So enamoured of the whole affair was I, that it didn’t even occur to me that people might be apathetic, or worse, angry about it. In amongst the hundreds of hideous souvenir merchandise (including an unfortunate mug by the Chinese company Guandong Enterprises, who tenderly announced on mugs the wedding of Kate and Wills under beaming pictures of Kate… and Harry) were sick bags, proudly titled “Throne Up” and advising buyers to “Keep this handy on April 29th”. 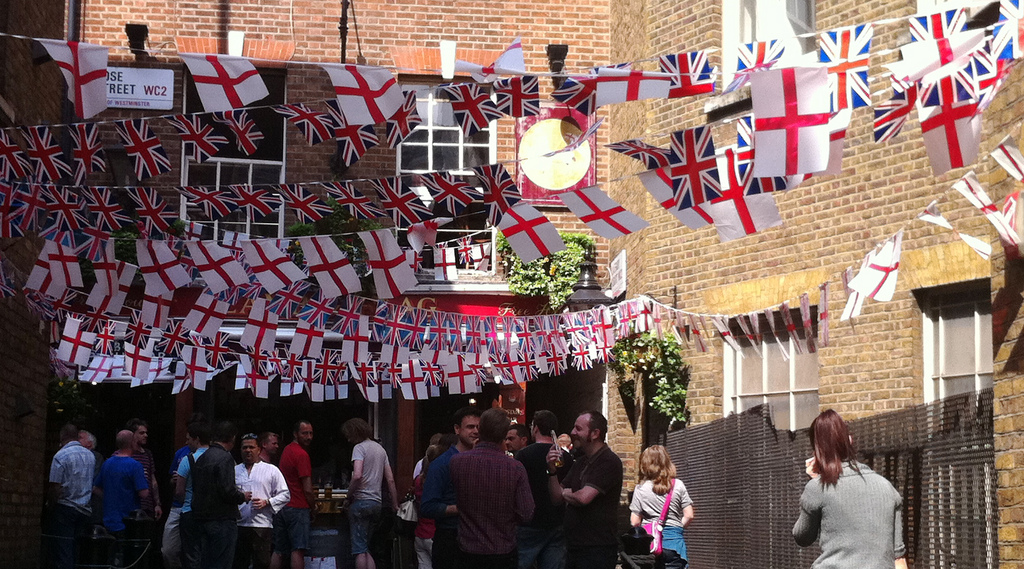 As well as the hundreds of street parties scattering the country, people have organised a “Not The Royal Wedding Street Party,” which is for “celebrating democracy and people-power rather than inherited privilege”. Well, I suppose this is more political than personal, but still. To put energy into denouncing something like this is unnecessary. To those who couldn’t care less: if the combination of marriage and monarchy is not your cup of tea, fair enough. But to vilify it seems to me to be in bad taste. It is supposed to be a wholly happy event – the union of two people who, one day, will rule this nation. I, for one, will celebrate.

The day draws nearer. Patriotic bunting festoons my staircase. My college is defying exam quiet for one delicious day of celebration. Worldwide, all eyes will point to Great Britain until that critical moment when the bride and groom say “I do”. And then life can carry on as normal. Until the next Royal Wedding, of course.