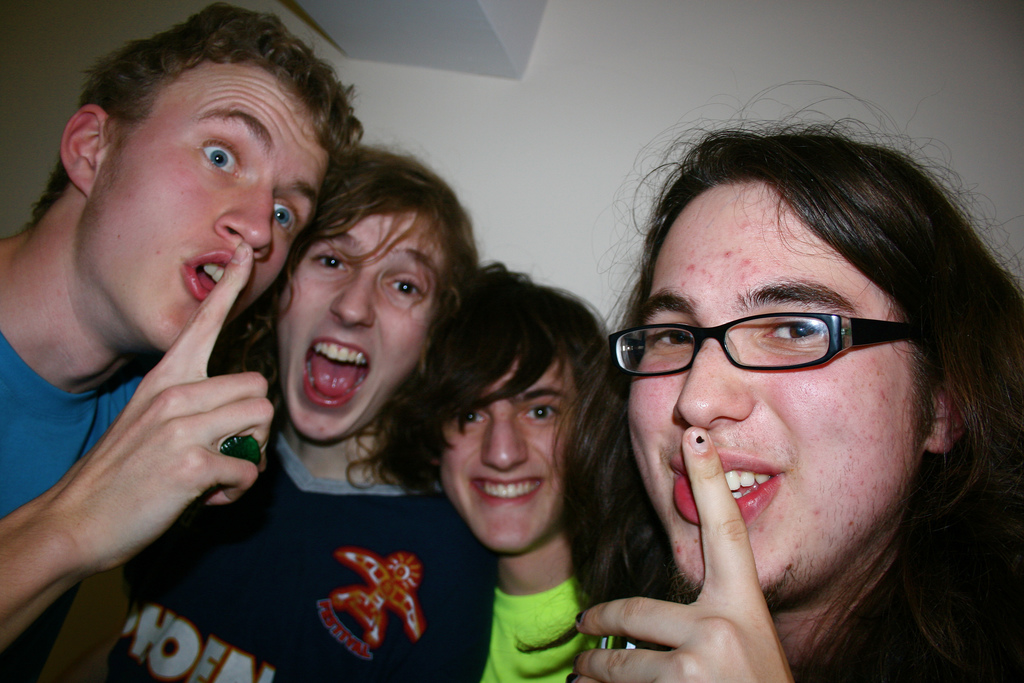 Living in: ‘Hilarious, ridiculous and wonderful’

OK, so the Sunday roast might taste like cardboard, the college washers smell worse than Mildert lake, and the shower leaks three feet into the corridor. But trust me, living in college may well prove to be one of the most surreal yet exciting experiences of your life. It all stems, I’m pretty sure, from the corridor – or whatever communal space your college affords you. Don’t be deceived by the grim carpet and the fact that if you’re taller than 5″4 you won’t be able to fully extend your legs from one wall to the next; this unpromising no-man’s land, shared between you and some fifteen others, is in fact a bizarre and fascinating haven, where the strangest whim becomes not only possible, but perfectly logical.

The summer before I started my first year at Durham, I remember being repeatedly advised that one of the most essential things to take with me would be a doorstop. At the time I didn’t quite appreciate the role that the doorstop would play in managing the atmosphere and rhythm of my daily life. The truth is propping your door open is more than simply a gesture to welcome others in; it’s also a way of ensuring that you don’t shut the corridor out. After the mad rush of Freshers’ Week, and once lectures start to take their toll, it’s surprisingly easy to feel isolated. Contact with the outside world, and in particular your corridor, can serve to fight against this isolation. Besides which, you quickly reach a state of “FOMO” (Fear Of Missing Out). The thought that something might be occurring just outside your door, of which you’re not a part, is insupportable – and it’s this sort of mentality that engenders the downright randomness so characteristic within the corridors of Durham colleges.

This randomness is amplified, you’ll find, by the fact that you’re surrounded by the most eclectic mix of people you could hope for. Even the ones that seem normal at first probably aren’t. Wherever you turn, you’ll find different lifestyles, backgrounds, attitudes towards life. Like so many other aspects of life in Durham, your corridor will prove hilarious, ridiculous and wonderful. And somehow, in the midst of the openness and tolerance of this strange new Freshers world, it’ll all be ok. You might even make friends.

It’s not all fun and games, of course. We’ve all been there – the times when the cleaner visits whilst you’re in the shower and you end up locked out of your room, wearing nothing more than a towel and flip-flops; or when you find yourself craving an afternoon toastie, and the best you can manage is microwaving some bread and cheese; or the moment you realise that your proudest achievement of the day was being first in line for dinner at 5:15pm – having only finished lunch about two hours previously. And woe-betide you if you absent-mindedly forget to lock your room when you leave, and your fellow corridor mates discover this unfortunate oversight…

Beware, too, the strange warp in the space-time continuum that occurs whenever you step out of your door. You can nip out to a neighbour’s room to borrow some blue-tack, and before you know it, it’s be half two in the morning and you’ve still not made a dent in those weekly problems.

But in the end, all of these quirks pale into insignificance beside the sheer exhilaration of having this private space to share between your new found “Fresher Friends” – a space which will prove the setting for some of the weirdest antics of your university life. It’s a peculiar cross between a kitchen, a living room and a playground, with the added advantage of being able to walk to the bar in your slippers.

Of course, each corridor reacts in their own way to the opportunities afforded by their communal territory; some use it to build blanket forts, or as an art gallery, or a space to play hockey with a tennis ball and a pair of crutches. For us, it became a feeding ground for the ducks and a track for sofa cushion bob-sleigh races.

Whatever happens though, you can almost guarantee the overriding memory of your corridor will be that of sitting on the floor drinking nasty vodka from a coffee mug you “borrowed” at brunch, surrounded by cards as someone desperately tries to remember the rules to Ring of Fire. Or something like that…

So decorate it with the leftovers from last night’s bar party, or with chunder charts and birthday calendars and photos that have to be covered up when anyone’s mum comes to visit. But whatever you do, don’t take it for granted. Because this time next year, you’ll be choked with mould, fighting over who turned the heating up and leaving dirty pans in your housemate’s bed.