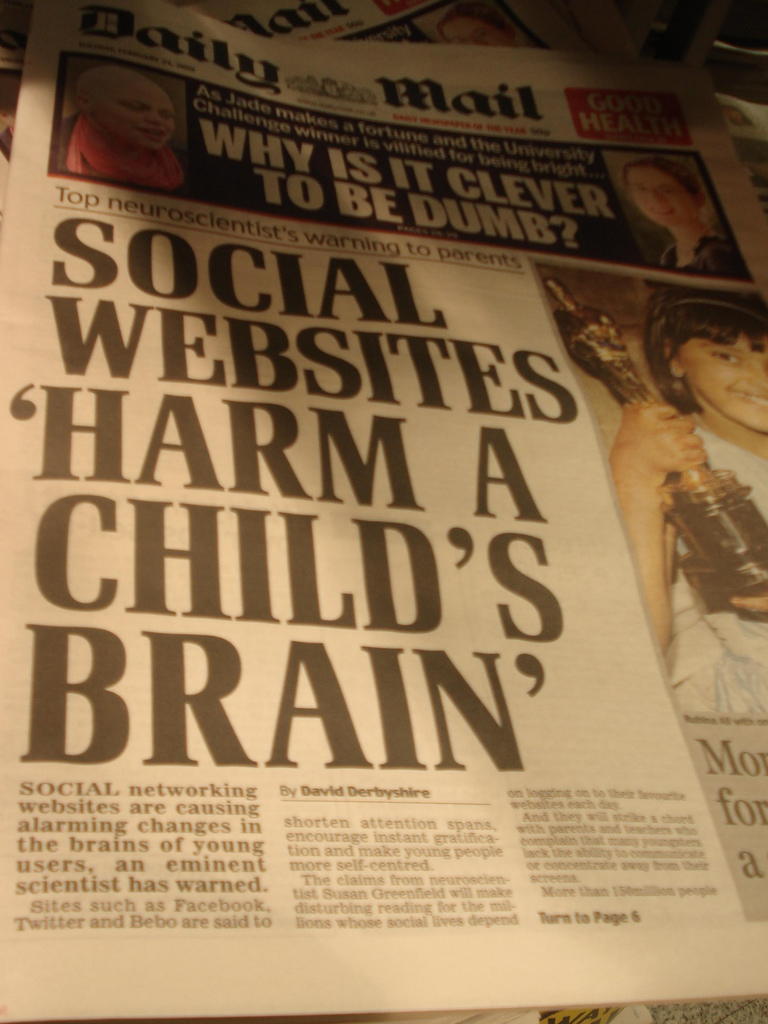 The paper advocates reading The Bubble over Facebook updates

As a student journalist, you would have to be slightly mad to turn down the opportunity to sit in on the Leveson Inquiry for the day. It is a matter of great importance as it has the potential to cause substantial change to the rules that regulate the world of journalism. So on Wednesday the 11th January 2012 I went to see what the Daily Mail had to say.

What I noted at the end of the day was that the day’s events were not highly publicised. In fact, they did not even make the news highlights. It is a shame, as it was an interesting day in terms of developments. Perhaps it was because no-one who gave evidence said anything truly appalling, such as the owner of the Daily Express and Daily Star Richard Desmond, who the following day claimed that for the 38 ‘bad’ articles published about the McCanns in a four-month period, there were 65 or 70 ‘good’ ones, as if that made it ok.

The Daily Mail’s evidence was more about contradictions and a general lack of knowledge on the details that they were being asked to provide. Three people gave evidence: Paul Silva, the picture editor, Peter Wright, the editor of The Mail on Sunday, and Elizabeth Hartley, the legal advisor for Associated Newspapers. The editor of the Daily Mail, Paul Dacre, was unavailable, but is set to appear on the 6th February.

Paul Silva appeared first. He was asked primarily what rules and standards were applied when publishing photographs taken by the paparazzi. For instance, the photo can only be published if the celebrity is on public ground, not private property. When asked if he thought that when the subject was out with their family they were ‘out of bounds’ to photographers, he replied ‘possibly’, but he denied an unspoken right to privacy for celebrities outside their homes.

He claimed that the Daily Mail were careful when it came to photographing a subject’s children, and had a policy of either asking permission to print such a photo or pixelating the faces of the children. He was then shown a photograph of Sandra Bullock from the Daily Mail website, which clearly showed her trying to shield her child from the cameras, a child whose face was not pixelated. He insisted that there was a separate editor for the online photo section so he knew nothing about this picture, but was forced to admit that the online version was meant to be subject to the same standards and code of conduct applied to the newspaper itself.

It could well be said that it was not going well at this point, particularly when Lord Justice Leveson himself interjected to say that the distinction between private and public property being used to allow a photograph to be taken was ‘arbitrary’. Silva effectively ended on a contradiction, claiming that the behaviour of the paparazzi became harassment if they spent too long outside a person’s house, but admitting that in the matter of Hugh Grant’s child they spent days camped outside the mother’s house (supposedly a way up the street), which he could not see the problem with.

Peter Wright managed to avoid such contradictions. That is not to say that he fared much better under questioning. In the matter of the use of the controversial private investigator Steve Whittamore, it was obvious that Wright knew very little about the various dealings that The Mail on Sunday had clearly had with him. When asked if he was aware that The Mail on Sunday had commissioned criminal records checks, he said that he was not.

He also disputed the fact that thirty-three journalists and two hundred and sixty-six positively identified transactions with Mr. Whittamore had been linked to The Mail on Sunday. He had to be assured that these figures were specific to his paper, and not an overall number. He stated that the managing editor of the newspaper, Mr. Wellington, was in charge of monitoring payments to enquiry agencies, and that he was not alerted to the use of Whittamore and others not because Mr. Wellington was deliberately hiding it, but because it did not occur to him (Wellington) that illegal activity was involved.

Elizabeth Hartley, Associated Newspapers’ legal advisor, was also very unsure on the circumstances surrounding how information about the birth of Hugh Grant’s child, and the content of his voicemail, was discovered. Unfortunately, she seemed to do the Daily Mail some potentially serious damage. She became quite aggressively defensive, to the point that she could not admit that what Hugh Grant had ‘speculated’ during his evidence was in fact a logical assumption based on the information he had. In response to her defensiveness, Robert Jay QC, counsel to the inquiry, very calmly said ‘you appear to be sparring with me.’

The disputed issue revolved around the Daily Mail’s comment that everything Hugh Grant had said in his evidence about them was ‘a mendacious smear’. This very public remark implies that Grant was being deliberately false. In defence of this, Hartley insisted that Grant had made very serious allegations against the Daily Mail. She was soundly rebuked by Leveson, who said that their answer had been to accuse Mr. Grant of perjury, and that it was a very poor use of language in a very rigorous defence. On that note the day came to an abrupt end.

Some of what the inquiry is uncovering about our national news sources is shocking to say the least. The newspapers involved are having to admit to some extremely dodgy dealing, and the standards which should govern their conduct are clearly not being enforced. It is a shame that the reporting on the inquiry’s findings have died down, because there is definitely more to come. Especially from Paul Dacre, who is now likely to need to do some damage control when he appears on the 6th of next month. The inquiry is on-going.