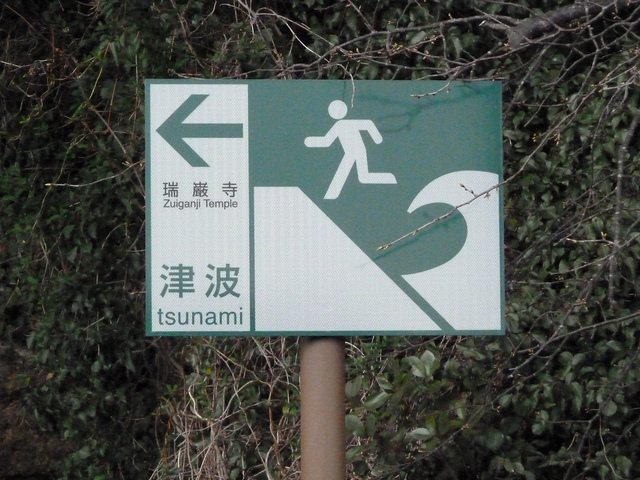 Four days ago Japan was struck by a devestating tsunami

Four days ago a huge earthquake (now upgraded to a level 9 on the Richter scale) struck off the coast of Japan. The earthquake triggered a tsunami which struck the shoreline with devastating force, tossing aside cars, buildings, and sea defences.

Japan, despite being a country well-prepared for seismic activity, has been unable to cope with destruction on such a massive scale, with some reports indicating that nothing within two kilometres of the sea has survived.

The death toll, currently at 1,500, is expected to rise, with many estimates putting the number dead at 10,000 or higher.

While Japan and its international partners struggle to cope with the search and rescue operation, the situation has been worsened by the threats of a meltdown for the nearby, tsunami-damaged Fukushima nuclear power plant.

The power plant, utilising pure uranium and mixed oxide fuel, is dependent on coolant pumps to ensure that the cores do not overheat. Those pumps failed immediately after the tsunami hit, sweeping aside power-lines and destroying the back-up generators and battery systems.

Without the ability to flood the reaction chamber with cooled water the cores have continued to heat. Should the cores begin to melt there is a danger of a Chernobyl-style nuclear disaster. Technicians are now flooding the chambers with a mixture of sea water and boric acid in order to cool the cores and prevent a meltdown. It is, as yet, too early to say whether that operation has been successful.

The explosion recently seen at reactor one, a pure uranium reactor, was caused by the creation of hydrogen gas. While destructive, the explosion did not damage the reactor containment vessel, and background radiation levels rose to only 10 times that of baseline – a level generally not damaging to human health.

Last night, reactor three suffered an explosion similarly caused by a build-up of hydrogen gas. It is thought that the containment vessel remains intact, and that background radiation levels have not risen above the legal limit.

Despite the radiation levels remaining low, 22 people are undergoing treatment for radiation exposure, and fears remain about the possible release of nuclear by-products damaging to human health, including isotopes of caesium and unstable isotopes of iodine – a major killer following Chernobyl.

Reactor three is significantly older than reactor one, and is classified as a mixed-oxide reactor – one burning a uranium/plutonium mix. Should the reactor go into meltdown the presence of plutonium has significant implications for human health.

Engineers and technicians are working around the clock to cool the cores and prevent a containment vessel breach, but their efforts have been hampered by the most recent explosion. Some reports indicate that three technicians have been injured, and a further seven are missing.

Whatever the outcome of the titanic struggle at Fukushima it is likely to prompt new calls around the world to end the use of nuclear power. In the meantime, the international community looks on in horror as the world’s most earthquake-ready nation struggles desperately to prevent nuclear devastation.

For more on this story see: