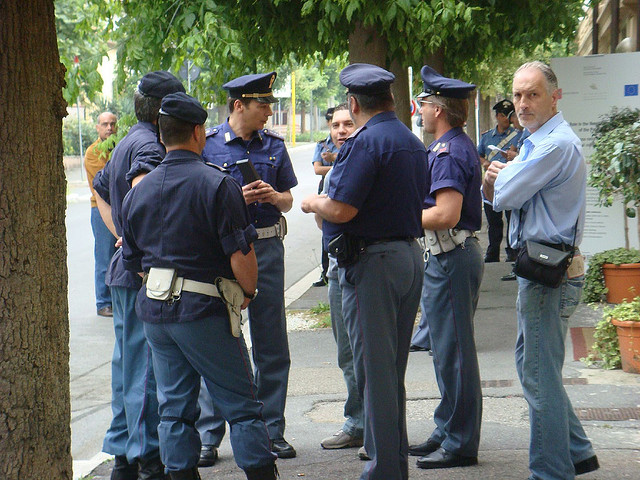 Michele Zagaria, the leader of the Casalesi clan of Naples, was caught yesterday after being on the run for sixteen years. He was found in his hometown of Casapenna near Naples in a bunker, which had a five-meter thick layer of reinforced concrete between it and the building above. 50 police officers were involved in the operation to get Zagaria out of the bunker, while 350 police officers were involved in searching houses and buildings around the area in the lead up to the arrest.

The fifty-three year old Zagaria had been in hiding since 1995 and had been sentenced to multiple life sentences. He was wanted for numerous crimes that included murder, kidnapping, extortion and mafia association. As the head of the Casalesi clan, he participated in drug trafficking, smuggling of illegal migrants and arms and was involved in the corruption of the construction industry. The clan was reputed for its brutality; one of its bloodiest crimes being the shooting of six African immigrants to warn other immigrants not to participate in drug trafficking in the area.

“You won. The state has won,” said Zagaria as he was taken out of the bunker. He was the most senior figure in the Camorra organization that remained to be captured. His capture marks the third recent arrest within the Casalesi clan – Peppe Setola and Antonio “The Kid” Iovine, both leaders of the clan, had been arrested in 2009 and 2010 respectively. The Italian Interior Minister, Anna Maria Cancillieri, remarked how Zagaria’s arrest signified a loss not only to the Casalesi clan but also to the Camorra criminal network as a whole.

Zagaria was also the third leader of Italian mafias found in a bunker recently. The leader of the ‘Ndragetha mafia, Francesco Pesce, was found in a high technology bunker and arrested in early 2011. Similarly, Giuseppe Bastone was found in an underground bunker with a secret tunnel, which he could escape through by the use of a skateboard. Anti-mafia Prosecutor, Piero Grasso explains that the mafia leaders stay close to their hometowns because they can only function in an environment that protects and provides for them.

The arrest was a significant triumph for the police force that has been taking a strong stance against the Casalesi organization and mafia activity in general. Hours before the arrest, fifty or so people had been detained in raids associated with investigating Casalesi affairs. Anti-mafia prosecutors also requested an arrest of a former junior minister suspected of politically supporting the clan. Furthermore, the police had seized 1.7 billion pounds worth of the clan’s assets recently.

The police was not alone in celebrating the arrest of Zagaria. On hearing the news, Roberto Saviano, a crime journalist and the author of Gomorrah that centered on the Casalesi clan, expressed his joy on Twitter – “Zagaria, caught like a rat underground. Terrific work, lads!”