Is your landlord approved? 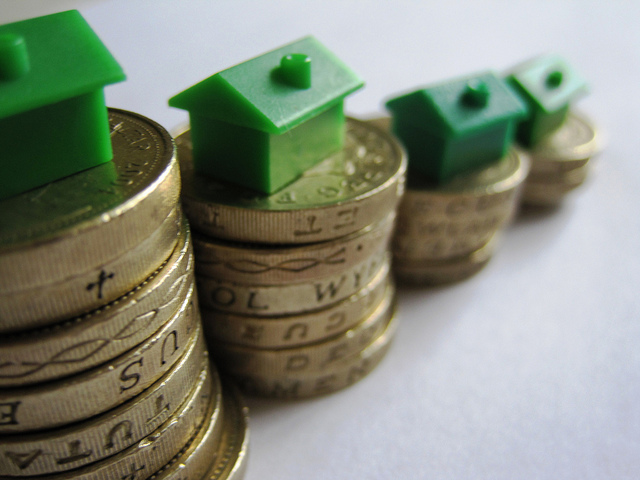 You need to trust your landlord before you start handing over your money.

Only 10 years ago, Durham City and its housing for students was quite different. Josephine Butler College didn’t even exist, living out happened for more years of a student’s degree, and having a good house was important. To help us out the DSU Accommodation Office had put together a “Code of Standards” and landlords that complied with the 20-or-so rules got the stamp of approval. When landlords started advertising houses early, the students expressed their anger, resulting in an agreement between the DSU and letting agents. A date in February got named “house hunting weekend” to mark the earliest time any houses should be available for viewing or contract-signing of the following academic year.

Of course there was no legal requirement for houses to be DSU approved, or for students to rent such houses. One of the biggest letting agents was not approved, and information about the agent and its additional fees were passed down in gossip from older students to freshers. Plenty of people would still happily rent houses from them, but when problems came the threat of “we’ll tell the DSU to revoke your approval if you don’t sort it out soon” did not hold any more water than the leaking bath tub. I know of several people who had problems getting timely repairs, and they decided to stick to DSU-approved housing in following years.

Forward on a few years and what is the situation like now? The start of house hunting has slowly crept back to some time before Christmas, and DSU approval no longer exists. In 2011 the Accommodation Office moved under the management of the university, and partnered with Student Pad to advertise rents on http://www.durham.studentpad.co.uk. If you found a house through other means, you can still take the contract to the university Accommodation Office to get it legally checked over, but there is no easy way to confirm the landlord meets the high standard and the annual checks that used to be carried out.

Taking a short walk around the city and residential areas, one can still find lots of To Let boards. Thanks to Butler College and multiple college building projects, there is no shortage of beds in Durham even if you missed the mad panic to sign a contract when you returned from Christmas. Many houses even have the DSU logo on their signs, boasting that they’re “DSU Approved Landlords”. Speaking to Archie Dallas, DSU president, the reason was claimed to be “a hang over from back in the day”, which seems to ignore the old rule 1.1e “to let boards will not be used to advertise the property to prospective tenants”. Another set of landlords dance around the rule by using large window stickers to state they are “supporting the DSU and Durham County Council campaign to reduce To Let board usage”. This is in spite of the fact that the DSU have had no policy on To Let boards for the last two years. With DSU’s name and logo being used so freely it looks like there is no level of standards to be sought after by landlords or their prospective tenants. Having not noticed the signs themselves, staff at the DSU are now looking into the landlords that have been brought to their attention.

However Archie Dallas told us about one letting agent which also uses the DSU logo on its website and posters, Hope Estates. He explained “as [their offices] are just over the road [from the DSU], we do have a good business relationship”. As you can imagine, a good business relationship translates to an undisclosed “small” amount of money that allows Hope Estates to advertise inside Dunelm House. Why this allows them to say “DSU approved landlord” is a matter of confusion that Dallas appreciated while explaining “approved/endorsed was used as a flexible term”. Some might argue that it would be better for the union representing Durham students to be impartial regarding renting and indeed they know BAM, their advertising agent, “don’t touch accommodation because it’s a divisive issue”.

It’s not just about a label of approval, it’s what it means. If your landlord doesn’t have a known accreditation, how can you know the gas appliances were checked in the last year? How can you know they will repair things in a timely manner? You should be looking for the best and most enjoyable place to live, available for the rent you want to spend. That can only be done by knowing what is available, how much you should pay, and what to ask about.

The DSU are starting to notice that the situation has got out of hand, commenting “anything that adds to the arms race of accommodation-rush is bad”. It’s not just about the obvious To Let signs, but “the way they push it in terms of leaflets and the hysteria whipped up in the colleges”. A review is being made along with the university to see how much living out of college costs. Perhaps the DSU will help clarify to students where they stand with policies and which companies they are working with. If the DSU is on the side of students, it can hopefully help be a voice and a campaign to make landlords work harder to fill their houses with tenants.

The Durham Student Pad provides a generic-national check-list of points to look for when viewing a property to rent. However it doesn’t tell you what points houses in Durham usually meet, and some of the points may be dependant on the type of contract you have (such as locks on bedroom doors).

A website independent of the university, DSU, and letting agents, has been set up to investigate the situation of student-rented houses in Durham. The survey at Stuome.com will publish information on what actually matters to form a set of standards we want to see reached in our university city. Questions it seeks to answer include: do houses get cheaper further away from the city, what landlords are working well, will a house get a better rating next year, and when do we want to sign contracts.

With no trusted and open set of standards, the quality of housing relies on prospective tenants like yourself to demand better. This can be helped by sharing information on your experiences, so spend 12 minutes filling in the Stuome survey and talking to the university when they ask you. Tell your friends also, and tell landlords you expect good quality digs. With hundreds of beds being left empty each year, you have the power to ask for more.