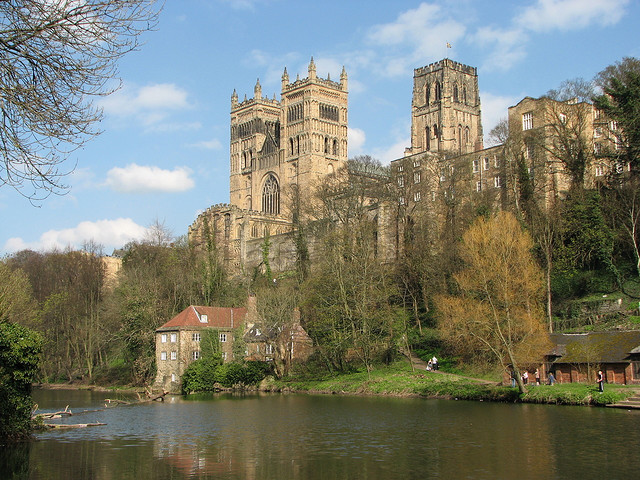 Is Durham a safe place to spend your university days?

The ‘yes’ answer… by Isabel Allgeyer

The safety of Durham is naturally very important to everyone who lives here, including us students – but how safe is our city? Both the university and its colleges go a long way to ensure the safety of their students by sharing information about incidents and handing out attacker alarms. All this seems to suggest some imminent danger and might scare some people. However, these are merely precautions, since with a little bit of research it becomes evident that Durham is actually a rather safe place.

It is somewhat obvious that a small city like Durham is overall safer than big cities, such as London and Manchester, but how does it fare in comparison to other small university cities, such as Oxford and Cambridge? In terms of crime per 1000 people, Durham clearly wins against “Oxbridge”, with Oxford´s crime rate being almost 20 per cent higher. When one examines the number of crimes committed in total, a similar picture emerges. According to police.uk the total number of crimes and incidents of anti-social behaviour in December 2011 for Durham is a mere 30 per cent of that of Cambridge. Some of this surely is due to the different sizes of the cities, but even compared to Britain as a whole, Durham´s crime rate is clearly below average.

So in terms of scale, there is evidently nothing to worry about – but what about the types of crime committed? Again, police.uk proves to be very informative. One crime that unfortunately tends to affect students is burglary. However, in Durham burglary makes up only just above one per cent of crime, which again is much lower than in other comparable cities. There were no incidents of robbery last December and only eleven cases of crime connected to drugs during that month, which is usually more widespread in student-populated areas.

Although you might occasionally hear of sexual harassment or strangers following students, these occurrences are incredibly rare, especially bearing in mind that Durham has about 16,000 students alone, together with a local population of 42,000. This can be further backed up by some more data, according to which all victim-based crime in Durham is roughly 15 per cent lower than the national average.

Needless to say that care needs to be taken everywhere, especially when alone and at night time. However, one should not assume that all this advice is given to students because of high crime rates. On the contrary, we live in a very safe city and some care is necessary to keep it such. Although Durham Police monitors the situation closely and does a great job, it is always safest to avoid ‘invitations’ such as open windows and to be sensible enough not to use dimly lit paths.

The ‘no’ answer… by Elin Box

Durham seems like a safe haven, but is this really the case? A little poking around suggests not. One does not have to look too far to discover various forms of crime in existence within our apparently idyllic town.

Recently, a particularly shocking case has come to light. On January 24th 2012, a female second-year student from Van Mildert College was chased up Claypath by a man wielding what turned out to be a broken snow shovel. Luckily, the student was unharmed but the desperate run away from the man, who has since been arrested and who was intoxicated with cocaine at the time of the incident, is an experience that nobody should have to endure.

Unfortunately, this horrific event is not an isolated case of crime in Durham. Throughout the year there have been several reports of unknown males following female students, especially at night, which is distressing at least and dangerous at worst. As a result, many colleges have promoted the availability of attack alarms, which are loud enough to draw attention but small and discreet enough to be easily carried around.

It is important to point out that it is not only women who are the victims of crime in Durham, and that not all crimes are those against the person. Theft is a crime common to all cities, especially university towns, with students being seen as ‘soft’ targets. This is highlighted especially well when looking at official police figures, which show that five thefts were reported in November 2011 in the heavily student-populated area of the Viaduct alone. Much of this can be prevented by taking common sense measures such as not leaving valuables such as laptops in view of the street when out of the house.

However, Durham students are not only the unfortunate victims of crime but a minority are perpetrators of crime as well. There have been several reports of frightening incidents involving motorists’ cars being surrounded by large crowds of people of student age on the predominantly student-inhabited Bailey. The victims must understandably have been left terrified as gangs of up to 30 young people surrounded their cars and banged on their car windows. In one such incident a perpetrator even attempted to get into the vehicle. Although such incidents are relatively rare, they have occurred on enough occasions to warrant concern, and although no students were ever directly prosecuted for these senseless attacks, such incidents threaten to strain student-resident relations.