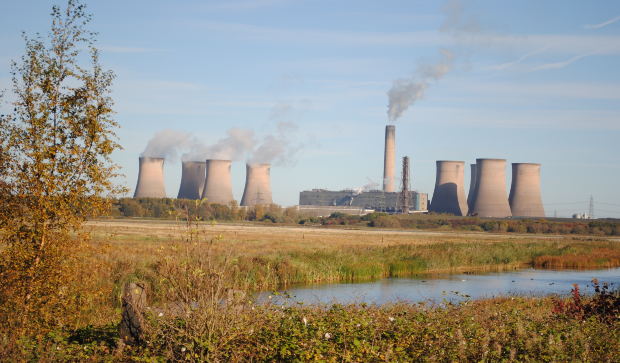 An expert’s view of the issues facing the energy industry

“Necessity is the mother of invention”. Professor Bialek’s phrase neatly sums up the most important feature of the energy debate in Britain and across the world. We need energy for our civilisation to function, but we also need to reduce carbon dioxide emissions if our civilisation is to continue to exist. The attempt to reconcile the need for energy with that of protecting the environment underlies all of Janusz’s work.

Alongside being a world-leading expert who has produced some 140 research papers, Janusz has advised the UK government and European Commission on energy infrastructure. An interview in the New Statesman in 2011 confirmed his prominence in the national energy debate, and he is widely sought after by the media.

We start on the issue of rising energy bills, which is especially timely as a number of companies have just announced significant increases in customer levies. The rising cost of energy has been criticised as yet another example of corporate greed by some commentators, but Janusz is keen to stress the importance of other factors.

“What the generators do is obviously to increase prices now in order to ride through any price freeze if it comes”.

“If you look at electricity bills, about 50% of the bill is due to the wholesale price of energy. The so-called ‘marginal’ fuel for electricity (which is the fuel that determines energy prices) is gas. So if the gas price goes up, as it is at the moment, then the final electricity price has to go up.”

He explains that rising gas prices are due in part to the increasing demand for the fuel as countries such as Japan and Germany abandon nuclear power after the Fukishima disaster. The glut of shale gas from fracking has also caused a huge amount of coal to flood the European market from the USA, as it is no longer needed for electricity generation. This means that gas plants in Britain are running at a loss, because it costs generators more to buy the gas than they get from selling it. Energy companies therefore rise prices for consumers to correct this shortfall. I ask if Labour’s proposed energy bill freeze if they win the election in 2015 could be a solution to the growing pressure on households.

“The effect of Ed Miliband’s announcement has been to increase prices rather than decrease them,” Janusz explains. “What the generators do is obviously to increase prices now in order to ride through any price freeze if it comes; this normal hedging technique is something everyone said would happen.”

He also believes that Labour’s decision to announce this policy reflects a profound misunderstanding of the nature of the world energy market. He describes what will happen if the UK experiences shortages of energy generation in two to three years’ time, as the gas and electricity market regulator, Ofgem, has warned might occur.

“Wholesale prices would go up, and with the frozen retail prices they [the energy companies] would make huge losses. But actually it may happen the other way round: if for whatever reason there is peace in the Middle East and people start to discover a lot of shale gas, the wholesale gas prices will go down, but with the retail price frozen at a higher level the supplier will make windfall profits. So it may go both ways – either way I think it is unworkable.” 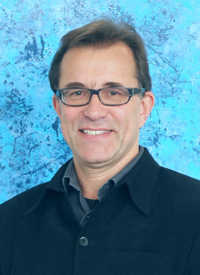 The Ofgem forecasts have led some commentators to predict rolling blackouts on the scale of those seen in the 1980s. This risk is down to what Janusz describes as a “perfect storm” scenario, as a lack of investment in energy infrastructure due to government electricity market reform coincides with the closing of many coal fired power plants as a result of European Union air quality directives. However, despite these factors he thinks that politicians will act before widespread blackouts are allowed to occur.

“They will throw everything at the problem because they know that if the public perception is that electricity shortages are their fault they will be unelectable. That is what happened in California in the year 2000; after shortages there the utilities went bust, the current governor was deposed and Arnold Swartzenegger elected to govern. The same thing could happen here, although I am not talking about the Terminator,” he jokes.

The thing that strikes me throughout the interview is just how difficult it is to predict the future of energy generation in the UK. New supplies can be discovered, new technologies developed and new capital found, but these factors are all very difficult to foresee. This uncertainty is compounded by the electricity market reform currently being undertaken by the government, which requires ten billion pounds of investment by 2020 to transform Britain into a low-carbon economy. This has to come from private investors, and the risks involved with tumbling share stocks over the last three years and Ed Miliband’s recent announcement about energy prize freezes means that fund managers are unwilling to risk their money. I ask which low carbon energy sources are likely to fuel Britain in the coming years.

“Nuclear is fighting with the renewable lobby because both are low carbon sources of energy. They hate each other because they are competing for the same money but also because they are completely incompatible.” He describes how nuclear does not combine well with wind energy on the grid because wind generation requires a backup supply that nuclear is unable to provide. Atomic energy is generated by a constant reaction that cannot be switched on and off to match constantly fluctuating wind speeds, and therefore gas must be used instead.

Janusz clearly sees a future for nuclear though, as although he emphasises the huge cost of the technology he does welcome the recently announced Chinese investment in Britain’s atomic energy industry. He is similarly open-minded about shale gas, but emphasises that the question of whether it can be considered to be a green fuel is strictly relative. It produces half the carbon dioxide emissions of coal – so is better for the environment – but is still a big emitter when compared to other sources such as wind. He highlights China as an example of where the adoption of gas would have a hugely beneficial effect on carbon dioxide emissions, as the country is currently building the generation capacity of Britain every year, most of it coal fired.

“We do not have a shortage of energy; it is a question of harnessing that energy to our needs.”

And what about carbon capture and storage (CCS), the technology held up by some as the silver bullet to combatting global warming? Again, the question of whether CCS will be economically viable on a large scale is unclear.

“The government has been trying to get a demonstration plant running for several years with one billion pounds of investment but they cannot find a candidate for it. It has been used on a small scale but in a power plant on the scale of 1000 megawatts is it possible to do it economically and efficiently? No one knows.”

The feeling that has recurred continually throughout this interview on the topic of our energy future is that of uncertainty. As our planet depends on us achieving a low carbon energy future, then this doubt must surely also be applied to the destiny of our planet. So is it all doom and gloom, or is there a chance that humanity will pull together to successfully manage global warming?

“Of course there is a danger at the moment of countries taking a half-hearted look, and there is a lot of opposition because of the amount of money involved. However, if and when people realise the danger is real and get their heads together to solve the problem, they will solve the problem.

This is the first in a series of interviews with leading Durham academics about issues in the news. If you have a suggestion or would like to do an interview yourself, email features@thebubble.org.uk.