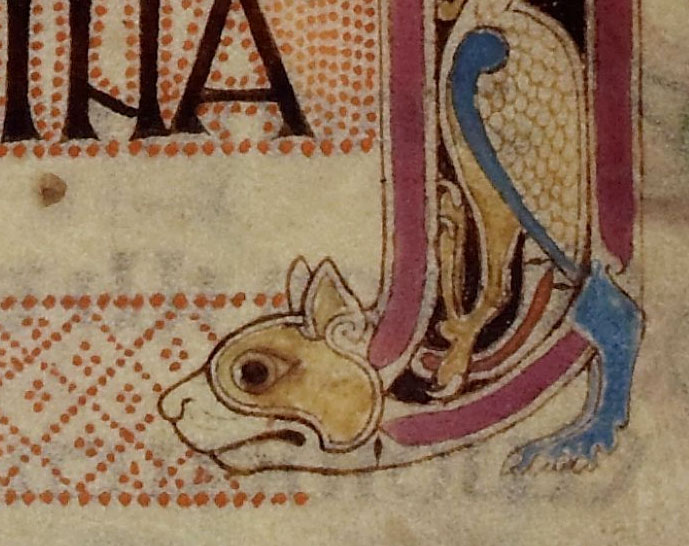 A sell out success – the Gospels exhibition

The display of the Anglo-Saxon masterpiece – which took place over three months in the summer – was shortlisted in the Tourism Event of the Year category.

Meanwhile the exhibition goes up against Hall Hill Farm in Lanchester in a head-on contest for the coveted Tourism Experience of the Year award.

These honours reflect the huge popularity of the temporary display, which attracted nearly 100,000 visitors and regularly sold out in the weeks before its closure on 30 September.

Tourists from as far as New Zealand and Canada came to see the priceless book alongside other treasures including St Cuthbert’s travelling altar, sapphire ring and jewelled cross.

The exhibition focused on the monastic context in which the Gospels were created, and how artistic Christian traditions from Britain, Ireland and the Continent combined in early medieval Northumbria.

Traders in Durham have benefitted from an estimated 1,200 people a day coming to the event at Palace Green Library. One shopkeeper described 2013 as the “best year ever” for business as a result of the influx, according to a University source.

Benefits such as these have added to calls for the Gospels to be moved from the British Museum and kept permanently in the region where they were created.

The honours bestowed on this exhibition reflect on the wider success enjoyed by Durham University at the awards.

The Oriental Museum on Elvet Hill was named on a shortlist of six for the Small Visitor Attraction of the Year honour, while the University itself featured in the Business Tourism and Sustainable Tourism categories.

“The Lindisfarne Gospels Programme team is delighted that the exhibition has been shortlisted for Best Tourism Event and Best Tourism Experience in this year’s North East Tourism Awards.

“The exhibition attracted nearly 100,000 visitors from the UK and overseas. In the first month alone, we welcomed visitors from over 25 different countries.

“The University is also thrilled that the Oriental Museum has been nominated as Best Small Visitor Attraction. It is the only museum in the north of England to be dedicated to the art and archaeology of the Orient and the team have made huge strides forward in opening up its collections to tourists from across the world.”

“We are also pleased to be nominated in the Business Tourism and Sustainable Tourism categories for helping to bring international visitors to conferences and events at Durham.

“The nominations recognise both service excellence and our commitment to a sustainable approach and reinforce Durham as a world class events venue.”

The final winners will be announced on 21 November at a ceremony at St James’ Park.