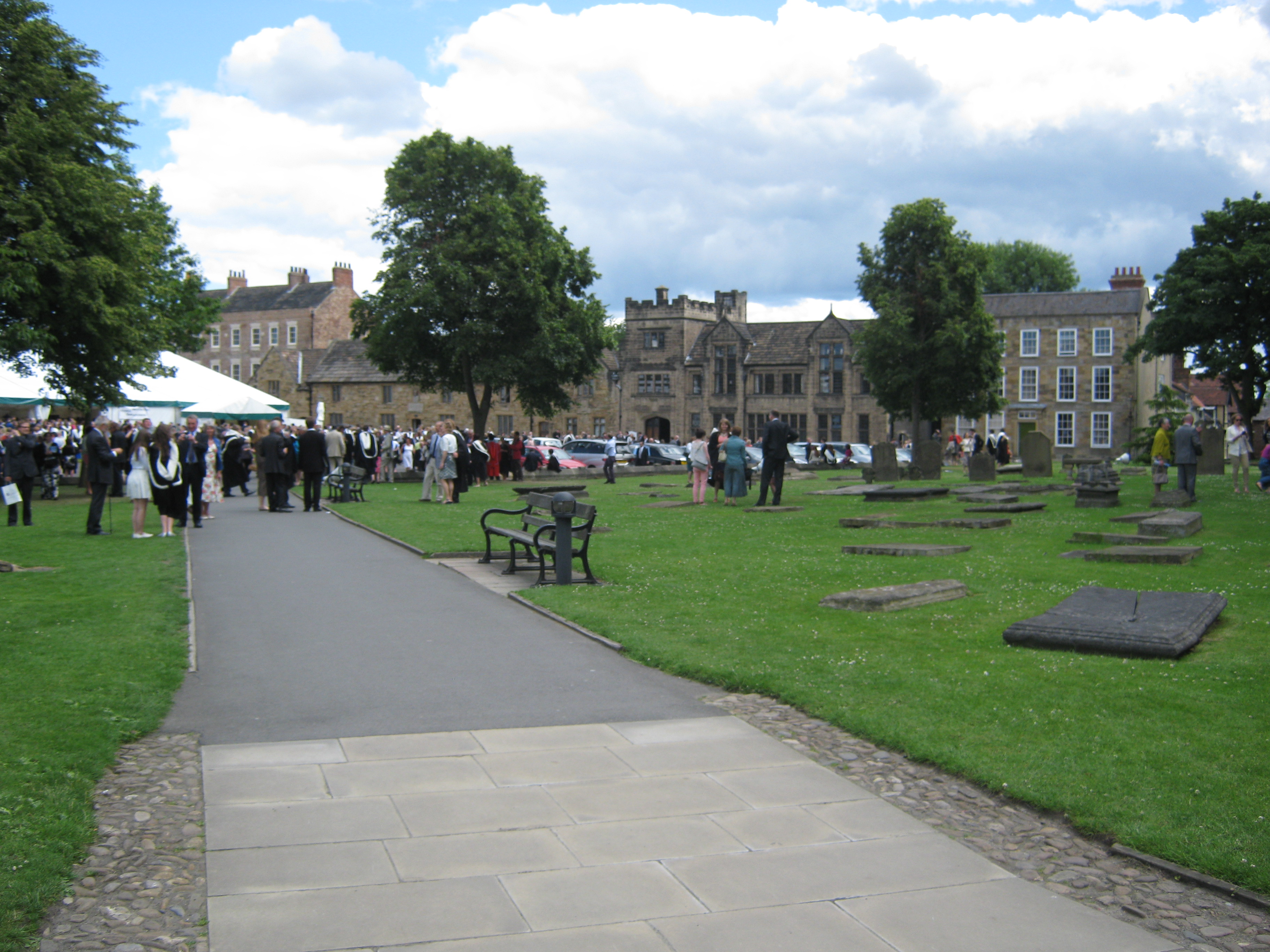 Palace Green before the Graduation Processions

In 2008 the reckless behaviour of a group of wealthy, careless individuals, triggered a worldwide financial crisis and as a result, the jobs market in the UK hasn’t been the same since. Durham graduate employment destinations for 2010 ranged from ‘Bar Manager’ to ‘Recruitment Consultant’. However, there are a significant number of graduates who have moved into what are perhaps quite basic job roles in light of their respective degrees – myself included. Unfortunately, in this continuing cruel economic and political climate, it seems that being a graduate may not bring as much career success as we previously thought.

For those who have now headed into their final year of university, it is natural to feel nervous about the culmination of your undergraduate journey and the grandiose ceremony that is graduation. The big, fat, juicy cherry on top of the cake that is the Durham experience, graduation is certainly a celebration of a few years hard slog, but is it not also a day of mourning for the carefree student lifestyle? After all, graduation is the day that you finally have to say ‘Goodbye’ to Durham and ‘Hello’ to the first day of…well…working life. Who wouldn’t be intimidated by such a prospect? I know I was.

This time last year, I had mixed feelings towards graduation. Part of me couldn’t wait to don my fur-trimmed gown and float around Palace Green like Durham royalty. Another part of me was terrified. Terrified at the prospect of the unknown and terrified of the following day, which would be the first day of the rest of my life. Without sounding melodramatic, the path of my future seemed to stretch out before me, long, limitless and unknown. I think it would be fair to say that for most students, the weeks leading up to Graduation usually contain a great mix of emotions.

When it comes to the last weeks of your final year, students can be roughly, if crudely, divided into two categories: those who have had their careers planned since infancy and those who haven’t. I have friends who fell into both categories, but it was a comfort to know that those in the latter were also in the majority. A year on and I have even less of an answer for my life-long career, and a more accurate comprehension of exactly how long “life-long” really is.

While there are some Durham graduates who have moved into specific business or financial roles after university, there are many who have simply stayed on as Bar Manager at The White Horse Inn. Not that there is anything wrong with that, but it just shows how different from our expectations reality really can be. Recent figures show that the annual number of UK graduates is around 335,000 and that this figure is rising.

I didn’t foresee, after my own graduation, that it would take me all of the last twelve months to fully accept that you dont have to decide on a career at the time of graduation. As obvious as it may sound, whilst Durham breeds intelligent well-rounded graduates, we are also subject to an incredible amount of pressure to make our education translate to something tangible in the labour market. I have always had many interests and passions but I don’t feel that it’s fair to suddenly have to sacrifice one or several in a blind pursuit along a single career path. For many, the first job they find after Uni is not about how it fits in with their career plan, but more about earning some cash in order to survive, whilst continuing to look for an opening on the career ladder.

Unfortunately, the current job market can seem a somewhat depressing state of affairs. It’s hard not to feel a little despondent after listening to news about job cuts and increasing competition for employment. The fact remains that the reverberations of 2008 are still being felt, and government cuts in public sector jobs are worsening an already difficult situation for jobseekers.

The good news is that having a degree is still an advantage in terms of employability and having a degree from Durham (which has just been rated 3rd in the Times Good University Guide 2012) is a bonus.

Since leaving Durham, I have worked at a publishers, I’ve been unemployed, I’ve worked for a homeless charity, I’ve completed a poetry course, I have worked as a translator, I have redecorated my room, and intermittently missed the bubble that is Durham. I am currently working at a literacy charity and… I still don’t know what I want to do! The rest of your life is a long time and it is ok, dare I say it, even a good idea, to try out a number of paths before painting over all of your future with the same brush and colour.

So…is there a moral of the story? Have fun, swig as many jugs of Pimms on Palace Green as you want, stuff your face with the YUM cupcakes and get a benevolent soul to buy you a load of strawberries and cream, because University doesn’t happen very open in your lifetime and you might as well make the most of it. Celebrate the fact that you come from Durham University, one of the best in the country, if not the world. Whilst Durham can provide us with a pretty good education, unfortunately it can’t bestow upon us the gift of foresight, so dont wait until graduation before you start celebrating.