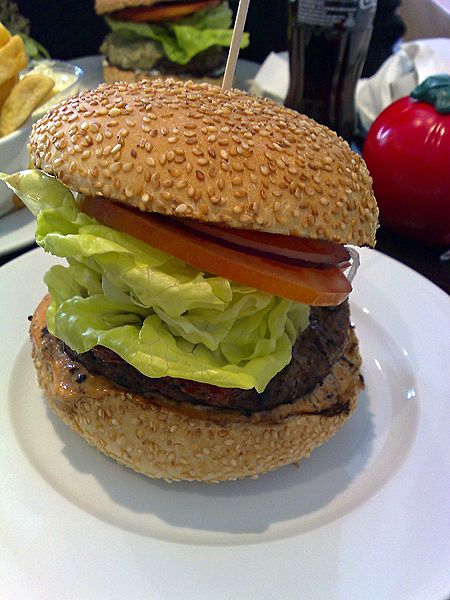 Are summer jobs really the way forward for graduates?

After the latest labour market review shows the fastest growing unemployment rate is among 18–24 year olds, it comes as no surprise that the latest words of wisdom and reassurance from Carl Gilleard of The Association of Graduate Recruiters to this year’s graduates are “any employment is better than sitting at home vegetating.”

As one of the 46% of undergraduates who statistically spend more time in part time work than in the lecture theatre, I often wonder if the regular customers at my local cafe are aware of the alter ego of my colleague working next to me. To them she is the sincerely smiling girl who hands over their morning brew, and as I glance over, she is serving the same cholesterol-busting breakfast as she has done for the previous four years. Little do they know that she has graduated with a first class degree, is about to complete her MA and could relate to them in astonishing detail the repercussions of second wave feminism in British literature. She typifies what has recently been coined the “post-crunch graduate”, oscillating between the promise of that high-flying City career, and yet grounded by the stark reality of constructing the next “Big Jeff burger”.

When I approached the proprietor of this small Northamptonshire diner I asked exactly what she believes her admittedly over qualified employees learn from working for her given that she benefits from a relatively cheap and willing student labour force. She replied simply that “my employees have learned more about what to expect in the job market in terms of reliability and people management through serving the public than they ever have in the classroom.”

With the number of applications for each job surging by 70% and the number of positions opening only increasing by 7%, it would appear that Mr Gilleard is just one of many graduate recruiters who are reiterating the importance of practical jobs to graduate employability. “It’s all about building your skills base because confidence disappears very rapidly,” he insists. Graduates are “falling off the employment scale” because they haven’t realised their initial career ambitions and are descending into unemployment.

It is indeed a far stretch of the imagination to assume that most graduates believe it to be their ability to wield an omelette pan that indicates how dexterous and employable a job candidate they will prove to be. But on closer analysis, Gilleard has a point when he defends the lowly summer job by observing that “working with people and negotiating difficult situations” are skills that are grossly undervalued in the education system.

Far from simply attempting to warp unemployment figures, there is a genuine argument upheld by recruiters for graduates remaining in part time work on a more permanent basis. One graduate recruiter I spoke to was more than incredulous at the lack of basic skills among graduates in his internship programme. “I offer a generous, well paid internship programme given the current economic climate, but I often have problems with interns even turning up at the right place at the right time. Part time work better equips students for the commitment expected when they leave university.” Certainly students graduate with a wealth of knowledge, but what they often lack is basic common sense, something a stint in a busy bar or restaurant will reveal within seconds.

And so graduates are left stumped by the latest phenomenon to emerge from the depths of the recession. The jobs that were supposed to lever us out of our overdraft over the summer are now being hailed as the country’s ticket out of the recession, keeping us in some form of employment, whilst simultaneously making us more employable in the long term. With IT, banking and construction sectors set to face job cuts of up to 16% this year, graduates may not have any choice but to weather the economic climate by capitalising on their summer jobs in lieu of pursuing their immediate career ambitions.

But with 27% of the UK population already in part-time work, further “casualisation” of the job market is surely to be condemned as a disincentive for students, not to mention devaluing university degrees. Aside from the obvious damages to the confidence and integrity of students encouraged to fill a lower-skilled position, who then is to step up to compete for the highly skilled ones? If we are to remove the will to compete in the labour market, this will surely damage the productivity of the sector, and by extension the economy as a whole? Sacrificing career ambitions may mean sacrificing the standards of quality and service in many sectors if our investment in our careers ceases. An “any work will do” attitude would lead to the wrong people being in the wrong line of work simply because they have been told to settle for the first job they come across. Perhaps the problem lies not only in the type of work we are being encouraged to settle for, but in the defeatist spirit in which we choose it.

David Lammy, the higher education minister maintains that graduates should not abandon their career aims as “there are still jobs out there for graduates” therefore they should not settle for lower skilled jobs simply because they are being scare mongered by negative media headlines. Strong words considering the gargantuan weight of extensive labour surveys and government statistics that seem to attest increasing graduate unemployment. In the meantime, graduate recruiters continue to require students to remain occupationally mobile; whether this is by flipping burgers or devoting ourselves to academic study. Preferably both.