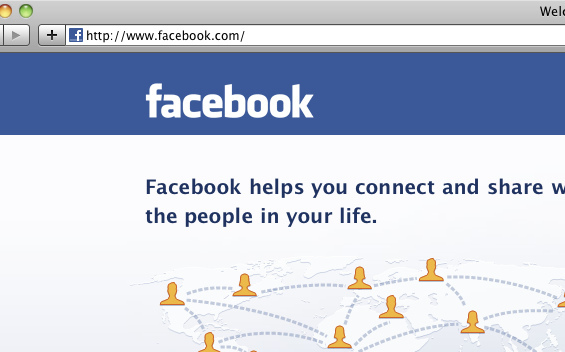 Facebook is a procrastination favourite during the revision period

I have to admit – when I heard there was such a thing as Facebook rehab, I scoffed. Surely people just need to exercise a little self-restraint? I even mockingly recommended to a friend that she should attend this Facebook ‘Priory’ after she confessed to checking her Facebook updates after every sentence she wrote for one of her essays. However, I was soon knocked off my high horse with the arrival of revision.

Undeniably, as exams draw near procrastination is close on their heels – and Facebook is the most commonly used procrastination tool. It is estimated that one minute of every seven spent online, anywhere in the world, is spent on Facebook. If this statistic is true, no wonder I sometimes wish Facebook had never been invented – as much of my time is wasted on it. So what is it about Facebook that causes us to choose this form of procrastination? To sit there, spending endless hours browsing on one website? An interesting explanation for this is that Facebook covers most of the reasons for people’s use of the internet. Broadly speaking, the internet allows for three things: access to content (photos, videos, news stories etc.), self-expression (status updates), and communication (chat and Skype). Facebook covers all these fronts and therefore we become addicted to just one specific website. I agree with this explanation, but the intrinsic point about Facebook is that it makes you feel as if you’re doing something when in actual fact you’re doing nothing.

Interestingly, scientists have found that websites such as Facebook, which overindulge in the reward system of our brains, have affected the way people’s brains are wired in relation to paying attention. Instead of sustained concentration the brain becomes used to short bursts of attention, which makes us more easily distracted; hence my friend checking her Facebook updates practically after every sentence written. I am also a culprit, as I check my updates even though I know nothing will have changed within the last ten minutes.

In my opinion, Facebook has caused people to be busy writing about their lives instead of living them. Indeed, Facebook, in essence, allows for the indulgence of vanity. A user’s page is not a genuine portrait of that person, but instead a careful selection of photos and updates. People should be enjoying their lives rather than taking pictures and putting them on Facebook in order to show the world that they are having fun. It might be embarrassing to admit but I think a lot of us succumb to this practice. Although the simplest answer to this problem would be to deactivate your account, Facebook does have some good aspects which are worth using. For instance, it is a great way of keeping in contact with your friends and becoming aware of events. It has also become a way to experience life’s hardships in a social way. For example, there are groups for people with MS and HIV which allow people suffering from these conditions to have a support network. However, with exams approaching it is very difficult to focus on these aspects of Facebook as, in the revision period especially, it just becomes a huge distraction.

In all honesty, most of us could do with some time in Facebook rehab – yet I doubt that our academic departments would understand us taking some time off to attend this. However, with exams looming, this could be the ideal time to create our own Facebook rehab. To stay on the anti-Facebook route, it is a good idea to persuade a fellow Facebook addict to change your password and you to change theirs. Being strict and not allowing each other to go on Facebook will help to keep you focused. Having done this myself, I realised that the temptation to press the ‘forgot your password’ button was balanced by the realisation of the possible embarrassment of confessing to my friend that I could not exercise enough self-restraint. However, for those that are in need of a Facebook version of a nicotine patch, there is an application called ‘Cold Turkey’, which can be downloaded from the internet. The best part is that it’s free! Although I am sounding like a saleswoman when it comes to this application, I strongly recommend it – as it not only blocks websites for a period of time, it also makes it impossible to unblock yourself from these websites until the time period has lapsed.

Speaking from a Facebook addict’s point of view, these tips have worked. You would be surprised how less distracted you are and surely that is something to ‘like’.